Road Trip Songs That’ll Have You Singing Along

Whatever you're doing, if you're in a car: This is the playlist for you. 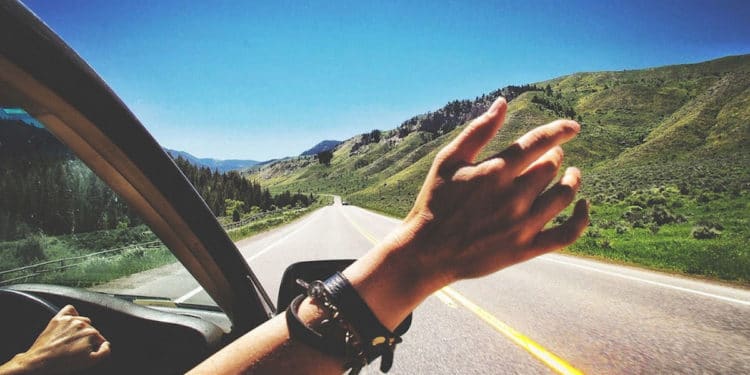 Maybe you’re driving home for Thanksgiving. Maybe you’re flying there instead, but will inevitably end up in a car, that isn’t a taxi, at some point; either driving to your relatives or the store, which in a small yet sparse town means driving there. Or you’re making your last, warmish trip up-state or to the beach before the snow and cold sets in. Whatever you’re doing, if you’re in a car: This is the playlist for you.

Of course, I could have simply addedLife is a Highway byRascal Flatts. Over and over again. Like Michael Scott’s epic and heartbreaking road trip on The Office, but I wanted to mix it up a bit. Also, I didn’t want the song stuck in anyone’s head. Maybe the title alone has done just that. Sorry.

We begin with theRed Hot Chili PeppersRoad Trippin’. Which, we believe should be the start of any road trip, not only because of its title but the general mood it sets. “Let’s go get lost anywhere in the U.S.A.”

For a more upbeat vibe and less soft filtered, California-esque song that is still about all things cars and driving, much likeThe Huna’s NY to LA, listen toCalvin Harris’s Rollin’ ft, Khalid.Okay, it’s about being too drunk to drive. Something we do not recommend at all, but it’s a good song.

The playlist also includesCarsbyGary Numan, because how could we not? Additionally, we stuck to this eighties-trend and added a must sing-along songDon’t You Want MebyThe Human League.For more singing, which becomes necessary for longer road trips to avoid boredom, we added the classic sing-until-you-cry-then-smileDancing On My Own byRobynandSigrid’s latest hit,Sucker Punch.

“It hit me like a sucker punch/Just one look and I’m out of touch/I’m freaking out ’cause I’m scared this might end bad/But I still come back for that/Sucker punch.”

Finally, this playlist is peppered with newer songs that will most likely be played again on the road trip, because they’re catchy AF.Lil’ Waynerecently released his long-awaited album (after a lifetime of random features), this time, it’s Pulitzer Prize winner and arguably the best rapper alive,Kendrick Lamar who is a feature onTha Carter V’sMona Lisa.

Another new-ish song featuring two talented artists isCharli XCX’s 1999 ft Troye Sivan. Lastly, we added rising British rap artistLittle Simz’s Offence.At just 24, she has already gained attention and praise from the aforementioned Kenrick Lamar. And Lauryn Hill! Plus, this song will leave you ready for a few more hours on the road.