Mta Rejects Unbound’s Positive Campaign for Being “too Sexual” 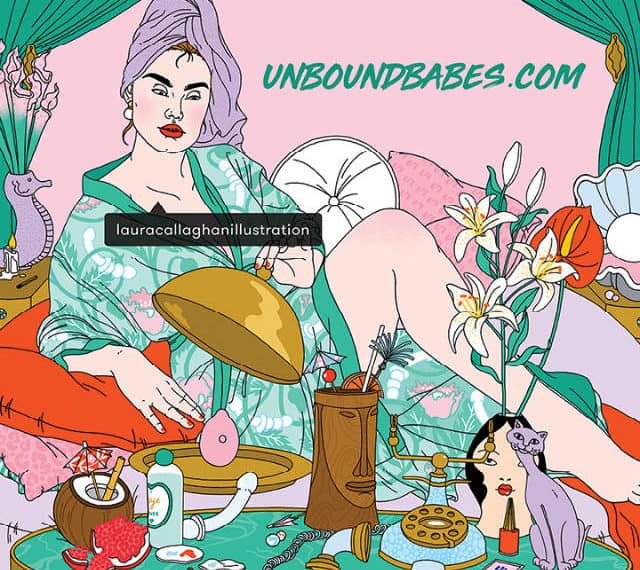 New Yorkers are indeed city slickers and have heard, seen and experienced it all. While they are not afraid to have conversations about sex, love, and life experiences with strangers or neighbors, New Yorkers sure don’t care about sex toy ads being posted on the subways.

Last week, sex accessory company Unbound , submitted a series of ads to Outfront, the company that manages all of the ads found within the MTA. The ads were rejected off the grounds due to being too racy. An email from Outfront informed Unbound that their content was deemed impermissible because it “would not be approved under MTA guidelines,” since two clauses in the MTA ad policy won’t allow “the dissemination of indecent material to minors” as well as a “public display of offensive sexual material.”

WE NEED UR HELP! Last week, Unbound submitted our first ad campaign to the #MTA. And we were rejected. After emails and a phone call, the MTA confirmed that our ads were denied for being “offensive sexual material.”** We wanted to convey the idea that the pursuit of sexual wellbeing is an act of self-love and to showcase the belief that womxn’s sexuality IS something worthy of more public visibility. And we did this by commissioning the artwork you see above from @lauracallaghanillustration, @cosmicsomething, @kliuwong, @robineisenberg + @yokopium. Since @mtanyctransit won’t take our ads, we’re asking for UR help. If u believe that this art and womxn’s sexuality deserve equal access to public forums, please consider screenshotting & sharing the artwork above with the hashtag: #WTFMTA ~~~~~~~~~~~~~~~~~~~~~~~~~~~ **Meanwhile, an erectile disfunction company has bought out #GrandCentralStation starting today. We saw the ~rise~ of these ads on the subway as a hopeful sign that the committee that regulates ad space was loosening their standards a bit. If there are now countless ads for erectile disfunction, why can’t we create ads that depict a positive sexual wellbeing without it being deemed offensive?

Unbound worked with five notable female artists – Laura Callaghan, Loveis Wise, Kristen Liu-Wong, Robin Eisenberg, and Yoko Honda – to design the ad series based on each woman’s definition of self-love. The images contained very little text, all characters in the scenes as fully clothed, and discreet examples of their sex toy products. If you’ve seen the ads for the Museum of Sex or ads for male erectile dysfunction pills while waiting for the train in the subway station, then this campaign will be even better for your eyesight. With that being said, Unbound and the artists turned to social media where they expressed their anger with Outfront’s decision.

In the wake of the outcry, the MTA released a statement indicating their interest in working with Unbound and Outfront to get the ads featured on the trains.

“The MTA has always and will continue to ensure that our policies are applied evenly and fairly,” said MTA spokesperson Jon Weinstein in a statement. “We’re going to direct our advertising partner to work with the company toward a resolution that is agreeable to all parties and allows their ads on the system.”

First of all, WHAT THE FUCK MTA. Can you believe a beautiful campaign created to show sex positivity and self love without being overtly sexual I might add, got rejected IN 2018 for “sexually obscene material” but a campaign about mens erectile dysfunction can still be placed in the subway or any public spaces? Please check out the amazing images that would have graced the NYC subway created by @kliuwong @lauracallaghanillustration @yokopium @robineisenberg I stand with and thank @unboundbabes for speaking up and making this happen! Please share #WTFMTA 💖

CEO of Unbound Polly Rodriguez told Gothamist that she is hoping for a positive resolution with regard to running the ads on the subways.

“We haven’t yet finalized what changes will be required of us or any other specifics,” said Rodriguez. “That said, we want to make certain we’re not just putting a band-aid on this issue by making quick fixes, but really doing our best to change the policies that resulted in this dispute in the first place. Ultimately, we’d love to be able to make a lasting impact on the policies that have, and obviously continue to, discriminate against companies that cater to different genders and versions of sexuality. What good is it to blaze a trail if others can’t follow in your path?”

NYgal’s are hoping that the issue with this project is resolved in a positive way and that society will appreciate Unbound’s beautiful ads as they grace the NYC subways. Wouldn’t you rather be looking at these pieces of art on your daily commute? I know I would.

25 People Share the Best Dating Advice They Ever Received

Subscription Boxes That Are Actually Worth the Price