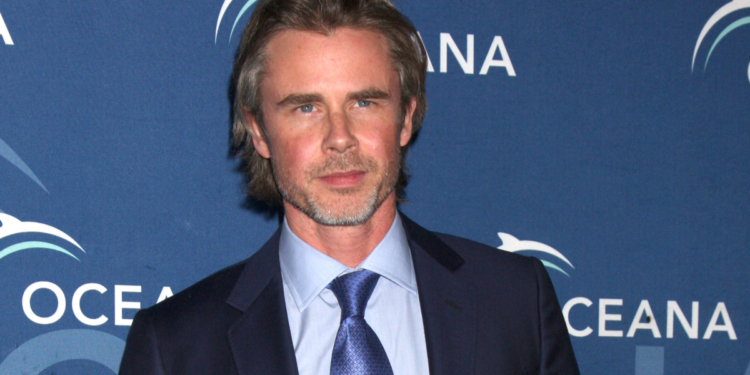 Living and moving from place to place can be exhausting both physically and mentally. New areas, new people, it can be challenging for many of us to really find ourselves and fit-in in a situation like this. Louisiana native Sam Trammell overcame this type of constant upheaval by finding comfort and solace in his chosen craft, acting. You probably know the actor more from his roles than you do by name. So, please keep reading to find out more about the talented actor and how he used storytelling and acting to engage with others.

Just Who is Sam Trammell

Trammell was born on January 29, 1969, and considers his roots to be in New Orleans, Louisiana. However, the American actor considers the capital of West Virginia, Charleston, to be his home. Louisiana and West Virginia are not the only places Sam Trammell called home while growing up.

Growing up, the future actor’s father was training to become a surgeon, and the family moved around a lot during this time. The actor and his family would spend time not only in New Orleans but also in Alexandria, Louisiana. They also spent time in Dallas, Texas, and a bit in North Dakota. It would be the mountain state of West Virginia that the family eventually settled down in.

Sam Trammell’s father Willis worked as a surgeon at a local Charleston hospital, while his mother Betsy is an artist. The pair still live in West Virginia today.

In 2003 while performing in New York City in the theatre, Trammell would meet the love of his life, Missy Yager. Although the pair have not married, they continue to live together happily at their Los Angeles, California home. They even welcomed twin sons Gus and Winston into the world in August 2011.

See Also: 5 Funny Will Sasso Roles that Will Get You to Smile Like Crazy

At an early age, Trammell was shown to have a bright and creative mind. At one point, the actor strongly considered pursuing a career in physics. After graduating high school in West Virginia, Sam Trammell attended Brown University in Rhode Island. He graduated in 1991 with a degree in Philosophy.

Trammell also spent time in Paris, France, at the prestigious Sorbonne, University of Paris. While there, the actor obtained a Bachelor of Arts Degree in Semiotics. A field of study that the actor would later cite as playing a pivotal role in his success as an actor.

The key to success is versatility, and Sam Trammell certainly has that in spades! The multi-talented actor has appeared in film, television, Off-Broadway, and Broadway plays. Trammell has received high praise for a number of his theatrical works, including Dealer’s Choice, Kit Marlowe, My Night with Reg, If Memory Serves, and others. His performance in Ah, Wilderness earned the actor a Tony nomination as well.

When he wasn’t performing at historic venues like the Lincoln Center or the Joseph Papp Public Theater, Trammell stayed busy acting in several television and film roles. HBO would give the actor his first significant screen role. The talented performer was cast as Sam Merlotte in the horror fantasy drama True Blood.

See Also: Where Is Louis Bardo Bullock Originally From (and What Do We Know About Him)?

True Blood would run for 80-episodes spread across seven seasons from 2008 to 2014. The show was a major hit for HBO and a boost for Trammell’s screen career. His talented work on the drama earned the actor several awards and nominations.

In 2009 and 2010, Sam Trammell won for Male Breakout Performance and Best Supporting Actor, respectively. At the 16th Annual Screen Actors Guild Awards, Trammell and the rest of the True Blood cast brought home the award for Outstanding Performance by an Ensemble in a Drama Series award.

Sam Trammell followed up on his True Blood success with a number of roles in the following years. In 2013’s White Rabbit, Trammell played Darrell Mackey, and in 2014 he landed the role of Michael Lancaster in the film version of the novel The Fault in Our Stars.

Netflix would bring Trammell back to the world of horror drama in 2019 with the series The Order. During the show’s two-year run, Trammell portrayed Ethics Professor Eric Clarke.

Trammell’s acting credits include a multitude of roles in a number of television and big-screen productions. You may not know his name, but you have almost certainly seen him perform!

Sam Trammell didn’t let moving around hinder him from fitting in or feeling like he belonged. From an early age, the actor knew he enjoyed and was gifted at drawing an audience into a story. A gift that he would later use to spearhead an exceptionally successful Hollywood career. Whatever projects he decides to focus on next, it will, without a doubt, be as entertaining and engaging as all of his incredible past roles!

How Does Jayma Mays Get Her Youthful Appearance?