Do you know these fascinating facts about Carl Gallagher? 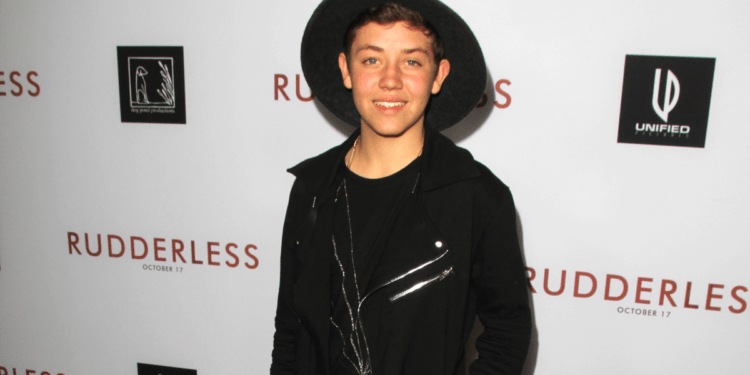 ‘Shameless,’ the best comedy-drama on Showtime, induced and enhanced the ingredients of raw indecency. All funny characters projected audacious with a lack of shame. Ethan Cutkosky in this sitcom became the bad apple which was not tasty for fans. He did the worst things ranging from looting, rough driving, and plotting to murder his classmates, and earned the best accolades for his performance in ‘Shameless.’

Here are ten facts you might not know about Ethan Cutkosky.

Before Films, Ethan Participated in Commercials

Ethan Cutkosky grew up in Illinois. Before acting in ‘Shameless,’ he was a model in commercial ads. At that time, he was just a 4-year-old infant. However, he was creative, innovative, and ambitious to become a genuine actor.

His sportive temperament helped him get a new identity in ‘Unborn’ and then the masterpiece ‘Shameless.’ His perfectionism lured the director, who utilized his talent. For maintaining accuracy in shooting, this young child actor got the nickname – One Take Barto.

How Old Is Ethan Cutkosky in His Real Life?

Carl and Ethan’s age difference is ultra-thin or short of two years to make the real actor a little senior to Carl in this sitcom. He was born in 1999. So, right now, he is a bold and healthy 21 years old. On ‘Shameless,’ Carl projected himself as a 19 years old guy on 11 of the season.

Although Carl in ‘Shameless’ was a crude and rough boy without nurturing philanthropic love for animals, this top heavyweight actor likes to mingle with toads and anoles in practical life. He has a soft spot for the animals.

Ethan Cutkosky did not spend holidays idly. This busy actor learned skateboarding and martial arts during his leisure. He was a national martial arts performer with a black belt holder.

Ethan wanted to leave his acting career when he was entering high school. However, the writer of this drama had to change the flow of writing. He talked to the actor and planned to send Carl to military school for compact physical training. The audience had to wait for a few weeks until his return to Showtime.

Showtime’s critically acclaimed drama-comedy ‘Shameless’ is currently running on the 11th season. While filming for the show, several actors got painful injuries at their homes by accident, and the writer had to modify the sequences to cover up for them. After Steve Howey met with an accident that forced him to wear a cast for support, Ethan, too, fractured the bone of his leg while dancing with a group. It was an unprecedented mishap. In the 5th season, Ethan Cutkosky stunned viewers with his prosthetic shoe!

It was another unexpected jolt for Ethan when he wasn’t permitted to watch the show he was acting in. His parents were strict to prevent him from seeing the drama until he reached 14.

In ‘Shameless,’ Carl wasn’t a cool boy with the modest temperament to rear up. He was an adamant boy to handle. He mingled with the underworld, the den for the mafia and culprits. In real life, too, Ethan once had to face cross-examination when driving his car at high speed.

In 2017, the cops suspected his nexus with the marijuana suppliers as they smelled the strong flavor coming out of his body. Later, he was released on $5,000 bail.

Young fans started whispering when they spotted this bold maverick actor in ‘Shameless.’ According to them, he looked like the famous American rapper Lil Xan exactly to dupe someone easily.

Ethan Cutkosky made his first appearance as an actor in ‘Santa Claus.’ It was a comedy in which he co-starred with Vince Vaughn. In ‘The Unborn,’ his presence as Barto created an opening for escalation. Besides, he also appeared in ‘Conviction’ with Hilary Swank. In the ‘Shameless ‘ series, he took the ultimate challenge to play Carl Gallagher, the middle son of William H. Macy’s Frank. Cutkosky started filming for the show when he was barely ten years old.

Why Is The AT&T Girl Taking A Stand Against Sexual Harassment?