Who is Ryan Stiles Anyway?

A deeper look into the Whose Line Is It Anyway Comedian 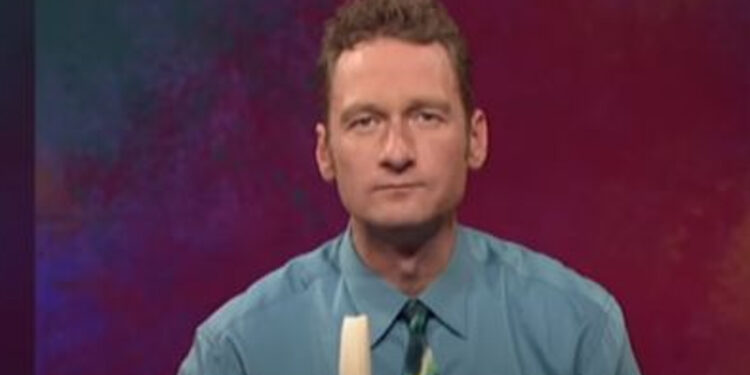 When hearing the name Ryan Stiles people automatically think about his many comedic moments on the improvisational comedy show, Whose Line Is It Anyway. People often do not know what the hilarious comedian is up to nowadays. From a live tour to a very active Twitter presence, Ryan Stiles is just as hilarious as ever. However, in order to know a little bit more about what the comedian is up to now, it is important to know how he got there.

Ryan Stiles was born in April of 1959. He was born in Seattle, Washington. He had four older siblings. When he was around ten years old he moved to Canada. He was a very good student. However, he left high school before graduation in a successful attempt to be a comedian. He began his funny career with stand-up comedy at a few different comedy clubs in Vancouver.  He eventually joined the Second City comedy ensemble in 1986. Ryan Stiles performed with them in Toronto and Los Angeles. The Second City is a very famous comedy troupe that many popular comedians are a part of. Ryan is still a part of this group today.

Ryan met his wife in 1981 and then married her in 1988. They had three children together. In 1989 Ryan moved from Canada to California. When he was in Los Angeles he caught the attention of some producers for a popular British comedy show.

Ryan Stiles was very quickly cast in the British version of the comedy show, Whose Line Is It Anyway. He was an immediate hit on the show, audiences loved him. Ryan became a regular part of the comedic cast and stayed with them until the end of the show’s run in 1998. Over the years he built up a very loving United Kingdom fanbase.

His fanbase included his soon-to-be friend, American comedian, Drew Carey. Carey asked Ryan Stiles to play his on-screen janitor best friend in The Drew Carey Show. Stiles said yes and took on the funny character of Lewis Kiniski. After the British version of Whose Line Is It Anyway ended, Drew Carey pushed networks for an American version. Together, Carey and Ryan Stiles were listed as executive producers when the American version of the show came to life.

Other than The Drew Carey Show and the American Whose Line Is It Anyway, Ryan had some very notable performances. These performances included Hot Shots! and its sequel along with a character on Two And A Half Men. In 2013, Ryan Stiles even returned as an executive producer and performer on the much anticipated CW revival of Whose Line Is It Anyway. This means that he has been in all three versions of the improv comedy show.

Along with the success of the show, Ryan Stiles along with other comedians started doing live shows. The live show began in 2007 and has been going on since then (with the obvious time off during the pandemic). This is meant to be just like the TV show, except it will be live. The most notable differences between the live show and TV show include the lack of a host and the sheer amount of audience participation.

Other than Ryan Stiles there are three other comedians currently on this tour. The cast is made up of Ryan Stiles, Greg Proops, Jeff B. Davis, and Joel Murray. They also tour with Bob Derkach as their musical director. They are currently touring all over Canada and the United States all throughout 2022. Everyone who has seen this show has absolutely raved about it. This is definitely worth checking out the tour dates for any fans of comedy.

Ryan Stiles is also extremely active on his Twitter account. His handle is @WhoseRyanStiles. His location is set to “please give me a location”. This is a hilarious nod to improv shows where they ask for audience participation. He has a mixture of comedic as well as political tweets. In some instances, he even tweets jokes about political topics. For example, after it was alleged that Trump ate important documents in the White House, Stiles tweeted: “Confidential documents are the most important meal of the day” on February 10th.

He is also very supportive of nurses caring for Covid patients on Twitter. Scrolling through his tweets and retweets, you can see him caring about their struggles since the beginning of the pandemic. Ryan is not only politically active on Twitter, but he is also very charitable. He has raised over $500,000 for the Burned Children Recovery Center.

Most people only know Ryan Stiles for his knee-slapping comedy on Whose Line Is It Anyway. However, his time since he started on the hilarious show in the 90s is just as interesting and it is filled with just as many laughs.

Sasha Alexander: A Chameleon Who Can Fit Into Any Role

Who is Laura Harrier From The Spiderman Films?