Reasons Why You Should Put Your Damn Phone down

It’s not the “life line” you think it is - here are 13 reasons to use your phone less. 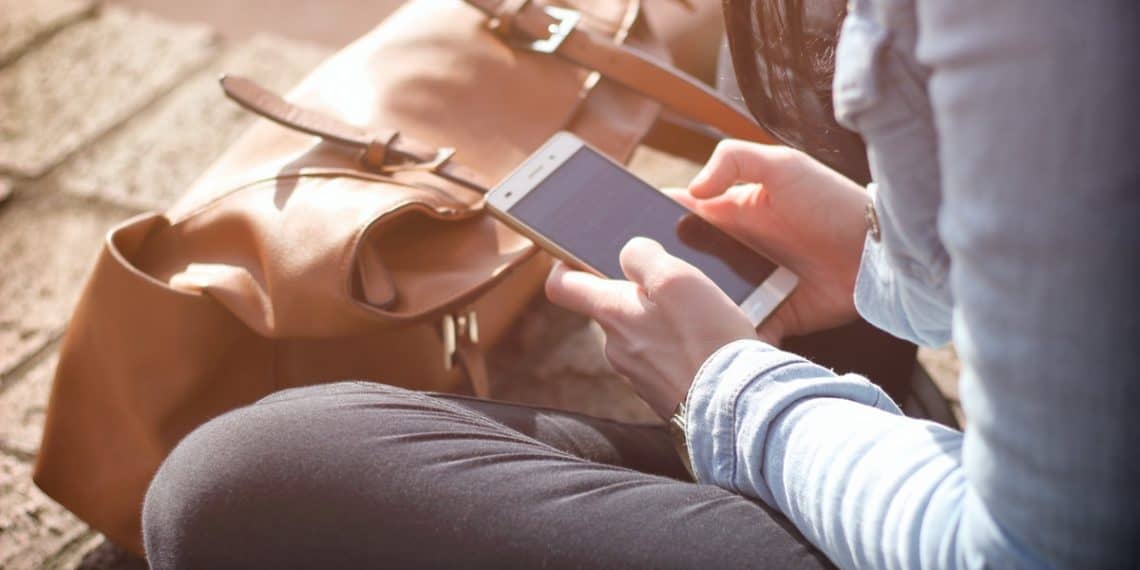 In the day and age of never ceasing electronics, it can be hard to know when to put the phone down. It truly seems to be becoming an addiction for some people.

Now, don’t get me wrong, I am NOT by any means “anti-electronics”. I am just anti-excessive use of electronics. While I think technology is amazing and important (even vital for world progress), I do think the extent to which it is used by the average person is getting a tad insane.

Electronics are not responsible for “rotting your mind”, “ruining relationships”, or “what’s wrong with this generation”.

However, phones absolutely CAN do these things if people (who are the ones responsible for ruining their own damn lives, period), allow them to.

I’m a millennial and I won’t sit here and lie to you about my past mistakes with phone use – I am guilty of ignoring people because I was on my phone. I was guilty of being the always texting teenager not so long ago.

But, that doesn’t change the fact that it was excessive (and it was absolutely a couple of the things that made this list).

Check out the 13 reasons why it’s probably time to put that phone down (at least more often than you do):

1. Because you’re being rude as hell 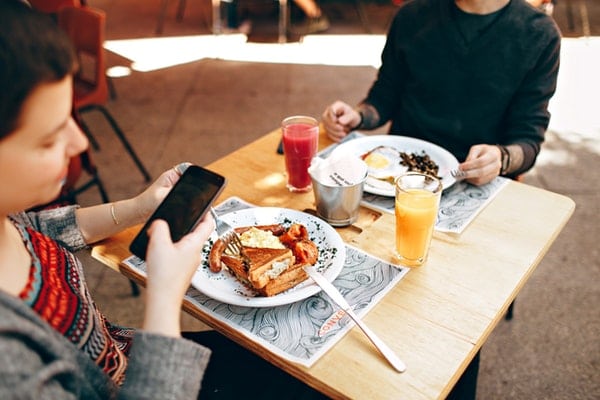 This is one the texting teenager version of myself was guilty of. But, I won’t pretend that I’m not guilty of using my phone in hopes that people won’t talk to me even to this day. I have some social anxiety – I literally do this whenever I’m in public by myself.

But, when you’re with someone, you should ignore the notification. I mean there’s nothing wrong with a glance to check for a possible emergency, but when you’re with someone you should BE with that person. I mean, it’s one thing to do these things when you’re alone or getting your phone out briefly to show someone something to move the conversation forward during awkwardness. But, it’s another thing completely to just BE on your phone the whole freaking time. It’s rude to be on your phone in social situations, like 90% of the time.

Get it together, people! Put the phone down! 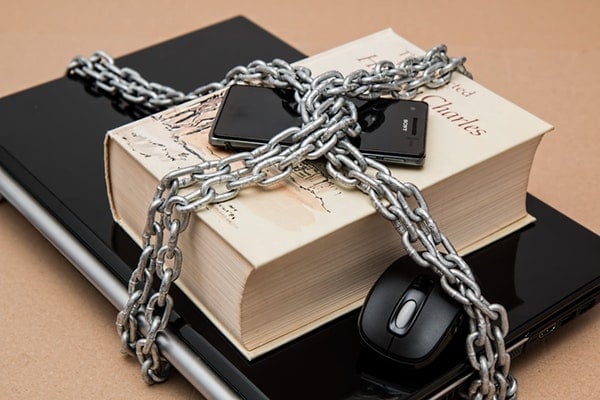 There are a plethora of reports that say that being distracted while driving is INCREDIBLY dangerous, which is why texting and driving is illegal in most states. Personally, I’ve always believed this one and I don’t touch my phone when I drive. Well, I check it at stop lights to check the time, but I put it down while my foot is on the gas pedal. I even watch other drivers when my guy is driving, and I tell him to back off the people I know are texting to avoid a crash.

Not only does putting your phone down make driving WAY safer but being on your phone while doing other things can be dangerous too.

For example, according to Psychology Today, criminals look for people who are distracted for their victims. In fact, the article reported that, “studies show that it is women with passive, submissive personalities who are most likely to be raped” and goes onto describe a “downward gaze” as submissive. Kind of like looking down at your phone instead of paying attention to your surroundings.

3. Because it’s better for your relationships

You know the current joke about “having people over later to look at our phones”? Isn’t that just … not funny at all?

I mean, there’s something to be said about it being nice when a relationship is comfortable enough that you can be together while you’re sort of doing other things. I won’t sit here and pretend that I didn’t ask my guy if I could read when he watched The Hobbit (I’m a strict Harry Potter gal when it comes to my wizards). But, in excess, it’s just detrimental to ANY relationship.

I don’t know about you, but my socially anxious ass doesn’t get up the courage to socialize just to watch everyone be on their phones.

4. Because you’re probably ignoring your partner

Obviously, this is a personal one. I mean, if you’re in the type of relationship where it’s okay to play on your phones or have a valid reason for always having it nearby, it MAY not be a problem. However, according to an article by The New York Post, from earlier this year, a survey conducted with couples who live with their partners found that those who bring their phones in the bedroom are having way less sex, not communicating properly, and are seeing the screen before they fall asleep instead of their lover’s face (what a romance killer, am I right?).

Personally, I don’t allow phones in the bedroom unless I’m leaving my phone nearby for emergency reasons (like when my sister was about to have her baby for example). I also don’t let my man bring his phone into the bedroom until right before we go to sleep (and only so he has a backup alarm for work). This has become a rule because we already have a TV in the bedroom and our sex life and need to be together doesn’t need more distractions.

I will not be snuggled while he responds to texts, dammit!

5. Because it’s making you miss out

Being on your phone and posting pictures of the activities you do means very little with no substance. If you’re always updating your Snapchat, you’re missing out on what is actually happening. A sunset is way more beautiful to just take in, not to take a picture of for Instagram (it never turns out anyway).

Don’t get me wrong, I’m very “pro-internet”. At this point, most of the jobs I’ve had and 50% of my college education was achieved online. My social anxiety makes social media my ideal way to stay in touch, but even I know it’s not enough.

It’s important to use electronics as tools, not endless sources of entertainment that are causing us to miss out on the most wonderful parts of life.

6. Because you’ll be more productive

I don’t know about you, but the days that I refuse to get on Facebook and ignore my texts until I need a break are the most productive days. Phones are awesome tools, but they can also be time-sucking little traps that kill productivity. They should really come with a “use with caution” sticker.

7. Because it’s probably making you stupid 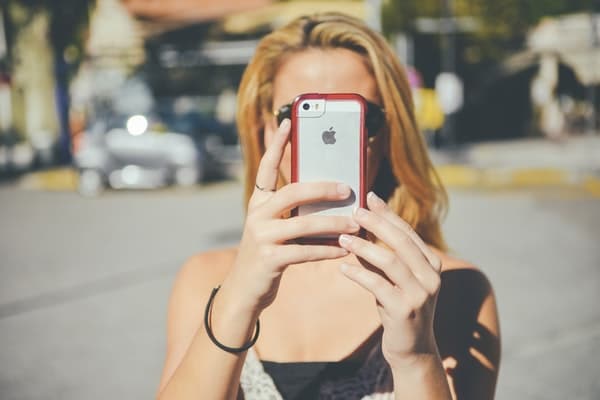 Text lingo, social media, and just, like, not reading enough all seem to be contributing to people who are less intelligent. This fact has been proven by studies done that suggest that just having the phone around us makes us less able to function cognitively.

And, I don’t know about you, but I’ve never met a person who was always on their phone AND seemed intelligent (just saying). So, put your phone down and don’t fall into the trap of idiocy!

8. Because it’s better for your sleep cycle and your eyes

According to Healthgrades.com, cell phones produce what is called “blue light” and this light tells our brain it’s time to wake up. So, taking your phone to bed with you is quite detrimental to your sleep cycle, which is upsetting since most people seem to do this.

No wonder we argue online all day – we’re grumpy from being sleep-deprived! *wink, wink*

Healthgrades.com also reports that smartphones are the leading cause of what eye doctors call “digital eye strain”, which can cause dry eyes, headaches, blurred vision, and eye strain.

So, it’s best to give your eyes a break every so often. Personally, I know all the time I’ve spent online for school and work has made my eyes feel dry and tired SEVERAL times!!! I try to take at least a 5-minute break for every hour I spend working online just to avoid this issue.

9. Because social media is a trap 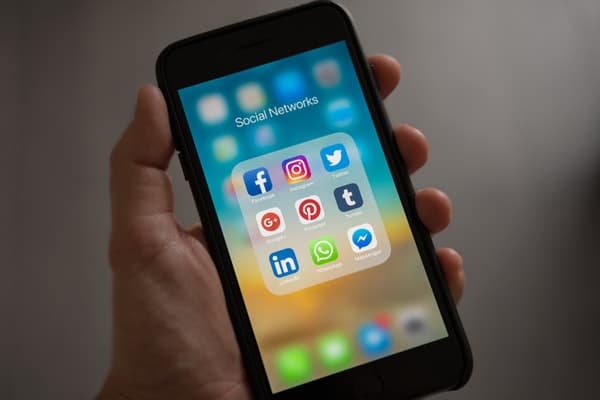 Let’s be real, social media is like one of the biggest time sucking and emotionally draining traps of the internet.

While social media is a fantastic way to stay in touch and to share pictures and information with groups; more often than not, it’s just a way to waste time and to get us all upset about something!

Confession: I sometimes read the comments on particularly inflammatory posts just to laugh my ass off (my personal favorite waste of time).

I think people also use social media to validate their perceived “popularity” by how many friends, comments, and likes they have online. But, you’re not THAT popular (no one is) – stop pretending. It’s time to get back to using social media as a tool instead of entertainment.

10. Because it’s better for your body 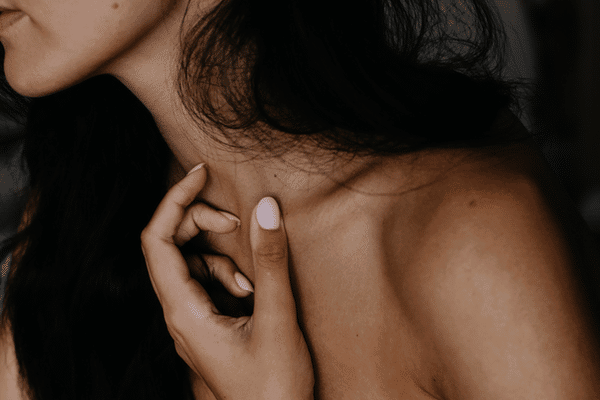 Did you know there is a phenomenon called “text neck”? I didn’t! According to healthgrades.com, “text neck” was coined in 2008 and refers to the pain we experience in our neck and shoulders with too much phone use.

It is actually possible to over-use your phone over time into ailments such as muscle strain, disc hibernation (that’s a scary one!), and a pinched nerve!

Plus, healthgrades.com also reports that we are seeing an increase in carpal tunnel syndrome in young people (people under 20), which has been linked to the overuse of phones. It’s time to spend less time on our phones and more time taking nature walks and doing yoga! Your body will thank you!

11. Because it is probably putting you in a crappy mood 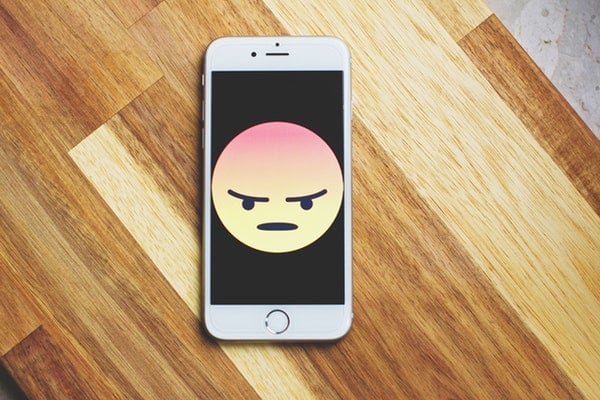 Between social media upset, the health consequences of over-phone use, and never taking enough time to focus on yourself; the overuse of your phone is probably putting you in “a mood”.

Let’s be honest, we’ve all logged into our favorite social media platform and become enraged by a post. I mean, I’ll cop to it. I don’t normally get “enraged”, but I probably have at least one day a month when I get a bit blue just because logging into Facebook made me feel like everyone is an idiot and the planet is doomed.

Plus, constantly being in communication with people is draining. Even if social media/texting doesn’t “feel” like communication. It’s important to take more time off from your phone (perhaps, especially social media).

12. Because it is good for your mind 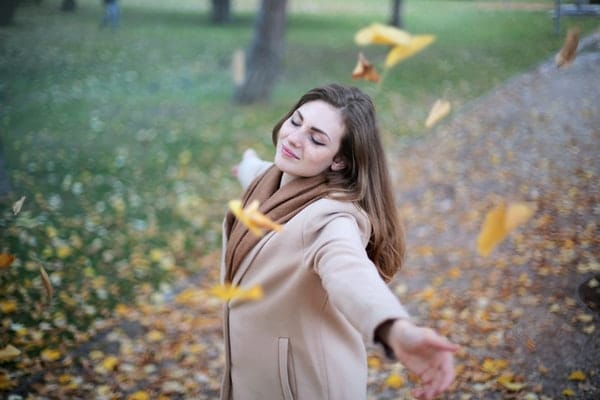 Let’s be honest, you don’t get original ideas from constantly tuning into social media and/or constantly texting a bunch of fellow unoriginal people. “Unplugging” every so often is good for allowing you to focus on how you’re feeling emotionally and mentally.

Sure, the distraction of the phone helps with the stresses we can’t avoid. For example, playing a game while you wait for the doctor or sending a text for support to a loved one during a hard time can be extremely helpful. But, constantly having the phone on with multiple text conversations going while checking into social media every other minute is only detrimental to your mind’s need to focus on you.

Plus, allowing your mind to wander sparks creativity,problem-solving, and originality. 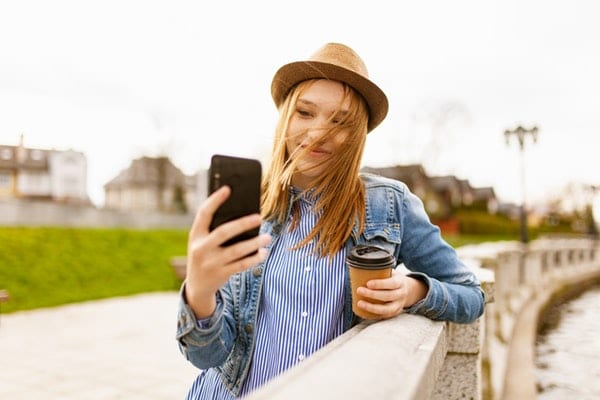 I can’t be the only one who has caught people taking a selfie or playing a game on their phone at a social event and thought, “wow. What a douche bag.”

Sometimes I wonder if it’s possible that I’m the only one that thinks this, but I can’t be …right?

Friendly PSA: When you use your phone less, you look less like a huge attention-seeking phone addict (i.e. tool bag) who can’t hold up a conversation.

Why You Absolutely Must Upgrade Your Wardrobe for 2019