Scary Walk Home? Here Are Some Tips to Stay Safe in Nyc

You deserve to feel safe walking back home at night, so here's how to calm your nerves. 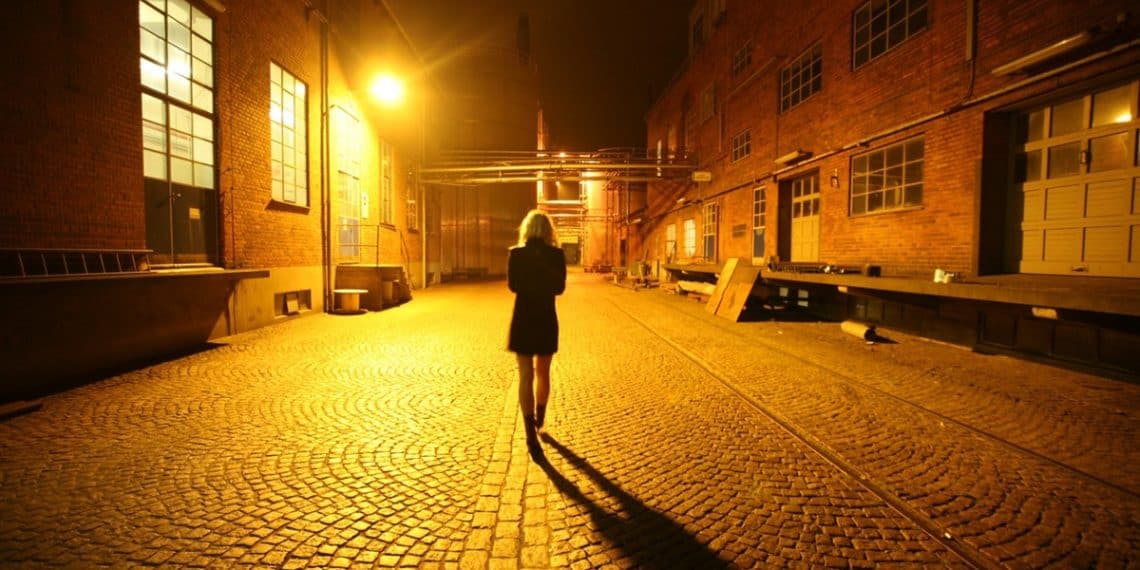 I’ve gotten used to – or at least learned to tolerate – a ton of stuff about New York City since moving here. For example, the subway is never on time, winters are much worse here than in the suburbs, and the streets smell like trash and urine in the summer.

However, there is one thing that I’d never be okay about no matter how long I live here – walking home alone at night. I can handle the catcalls during the day, but at night it just feels much scarier. My male friends would never understand this, but my female friends know this feeling all too well.

As an 18-year-old, I was quite skeptical of how dangerous walking home late at night really was. On one night my friends and I went clubbing, my perspective changed forever. At my school, there was hardly ever any classes on Fridays, so Thursday nights were known as the time to go out. However, I had 9 am club meetings that year on Fridays, so I wanted to make my way back to campus before it got too late.

I didn’t want to be the party-pooper for any of my friends, so I insisted that I go back by myself. Because I use a wheelchair and the closest subway station with an elevator was 20 blocks away, I often had to walk that distance when I was coming to and from campus. This was one of my first nights being all the way downtown, only a couple of weeks into college. A few minutes into my walk, I could sense someone was following me. It was past midnight and the streets were empty.

To confirm my theory, I (unnecessarily) crossed back and forth the street to see if the person would follow. He did. I started to speed and he said, “ayyy, slow down, baby!” and chased me. I now knew I was in trouble.

Luckily, there was a 24-hour Duane Reade a block away and quickly went in there. I waited ten minutes for the man to walk away. Fortunately, I was near campus so I called one of my friends who lived on my floor to ask her if she could walk with me back. She didn’t ask any questions and came to the Duane Reade right away. We made it back to the dorm safely, and I was really thankful for her getting me.

I developed tips and strategies after this incident.

Unfortunately, this would be the first of the many sketchy encounters I’d have walking home during nightfall. Over the years, I’ve learned that it is really better to be safe than sorry, and came up with some ways to stay safe when walking back home at night. It is important to remember that even if you feel completely safe, you should always be on alert and have some safety tips in mind.

1. Don’t ever go home with a dead phone.

If you notice that your phone has a low battery, then charge it before making your way out. The worst thing is to have a dead phone when you need it the most. In the day and age where everyone is dependent on their phone, chances are that someone in that bar/club will have a charger – eight out of ten times, the bartender would have one.

Wait for 20 minutes for your phone to be sufficiently charged (put it on airplane mode so it’d charge faster). While it’s changing, it’d be a good idea for you to drink water if you’ve been drinking, or if you’ve just been in a hot and crowded venue. Being hydrated can’t hurt anyone in any situation.

1a. Invest in a good power bank and remember to charge it.

I’m personally bad at remembering to do this, but it’s smart to head out for the night with a charged portable/external charger. I’ve been in many situations where it could’ve gone really bad if my phone was dead. Whether you need to dial 911 or look up directions, your phone can be vital.

Pro tip: most smartphones have a shortcut for dialing 911 right from the locked screen. For iPhones, it’s clicking the power button five times.

2. Tell your friends your plans so they can check up on you.

My friends and I always make sure we text each other when we get home. This makes us accountable for each other’s safety. If you don’t hear back from a friend, then you can call them to make sure they’re okay. And, then necessary actions can be taken, whether it be calling the authorities, or them coming to get you. If you’re the friend who tells someone to text you when they get home, make sure to check in if you don’t hear from them!

If you live with roommates/apartment-mates, you may want to tell them where you’re going and what time you expect to be back home. We should all look out for each other!

3. Be alert and look confident.

We all like to plug our earphones in when walking. But, that’s not really smart to do when walking in the dark. You want to be able to hear those footsteps behind you or that biker coming your way. You want to put all of your senses into use when trying to stay safe.

Also, know your way back home before leaving the venue. You don’t want to look up directions on your phone in the middle of the streets. This will make you a prime target. Take the most lit and most populated route possible for obvious reasons.

The value of a self-defense class is way too often underestimated. I took a class during my journalism graduate program, and I wish I had taken it sooner. I always used to think there was no way that a person as small as me could fight their way out of a physical attack, but I was proven wrong.

The instructors cater to your body type and abilities so you’ll leave the class feeling well equipped and prepare to defend yourself when the time calls for it. It’s also a good idea to periodically practice the moves and techniques so they’ll stick to your muscle memories. This way, you can be absolutely sure you’ll be able to put the lessons into use. Check out community-based centers – they might offer low-cost or even free classes.

We all know that living in NYC is hella expensive and we want to save money whenever possible. But, sometimes that $20 car ride is just worth it. Let’s be real, who really ever wants to walk back home in heels? Especially in the cold? Almost nobody.

However, I personally have weird feelings about being in a car alone with the driver. So, I get my friends to ride with me, especially since Uber and Lyft make it easy to add in multiple stops right in the app. It is a win/win for everyone since you get to split the cost of the ride and you can be assured you’ll get home safe and sound.

The Best Nyc Bar Trivia to Liven up Your Week

What to Wear to the Thanksgiving Table