New York Gal » Which Movies Did Olivia Cooke Star In Until Now?

Which Movies Did Olivia Cooke Star In Until Now?

A Dancer and Gymnast, Turned Actress! 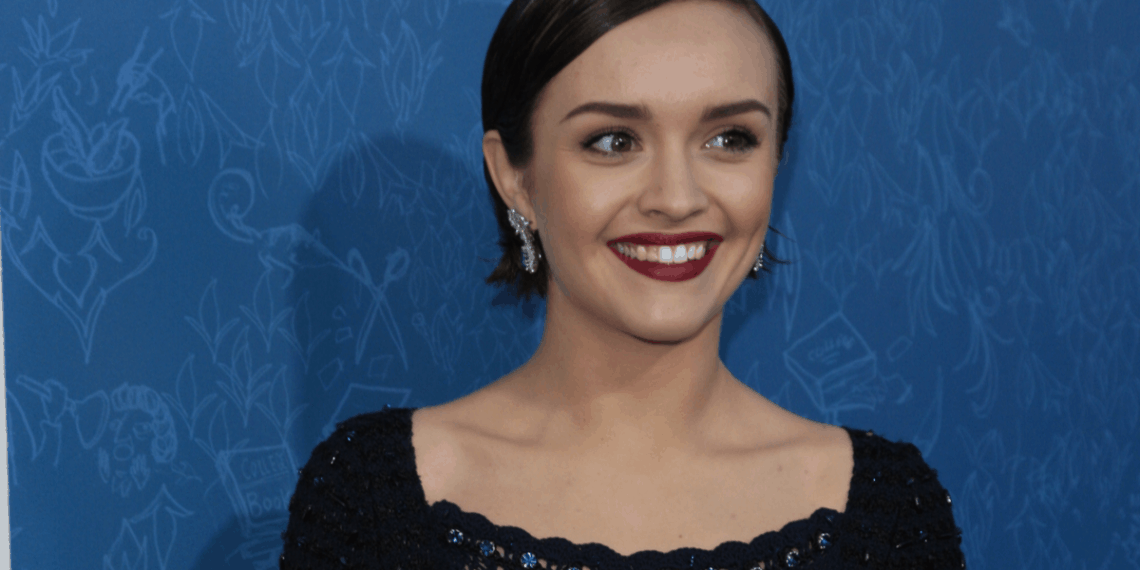 Remember Emma Decody from the A&E drama-thriller series ‘Bates Motel?’ What about Becky Sharp from the period drama miniseries ‘Vanity Fair?’ Yes, we are talking about Olivia Cooke, the English actress who has made a mark in the film industry with some memorable performances. Let’s take a look at her filmography to date!

A 2014 release, this science-fiction drama is set in London 1865. The film revolves around Ruby (Olivia Cooke), who discovers a dark secret about herself that her inventor father Derby had kept under wraps all through her life. Written and directed by Claire Tailyour, the film stars John Bowe as the father.

A British supernatural horror film, ‘The Quiet Ones’ was released on April 10th, 2014. Directed by John Pogue, the film is loosely based on the Philip experiment, a 1972 parapsychology experiment conducted in Toronto.

A science fiction and thriller rolled into one, this movie was directed by William Eubank and written by Carlyle Eubank and David Frigerio. Besides Olivia Cooke, ‘The Signal’ also starred Brenton Thwaites and Laurence Fishburne. It saw a theatrical release in the US in 2014 and also premiered at the Sundance Film Festival in the same year.

Stiles White’s directorial debut, ‘Ouija’ was co-written by Juliet Snowden and White. In addition to Olivia Cooke, the film features Daren Kagasoff, Douglas Smith, and Bianca A. Santos. In the film, all of them play teenagers who have unleashed spirits from an Ouija board. Despite poor critical reviews, the film turned out to be a commercial success after its release in 2014.

Me and Earl and the Dying Girl

A comedy-drama, this film received a standing ovation at the 2015 Sundance Film Festival. Directed by Alfonso Gomez-Rejon and written by Jesse Andrews, the film is based on the latter’s novel. As a result of the screenplay and the cast, critics were all praises for this movie. Thomas Mann, RJ Cyler, and John Bernthal were also seen in the film.

An adaption of the murder mystery novel ‘Dan Leno and the Limehouse Golem’, this British horror-mystery film had its world premiere at the Toronto International Film Festival in 2016. Juan Carlos Medina donned the director’s hat while Jane Goldman wrote the screenplay.

‘Katie Says Goodbye’ was the directorial debut of Wayne Roberts, who had also written it. Consequently, the drama was released in 2016 and had its world premiere at the Toronto International Film Festival. In the film, Olivia Cooke stars as a teenaged waitress Katie, who turns to prostitution.

The directorial debut of Cory Finley, this 2017 dark comedy thriller film revolves around high-school student Lily and her emotionally cold friend Amanda. They come together to plot the murder of Lily’s stepfather by involving a drug dealer. Olivia Cooke’s performance in this movie was praised by critics and audiences alike.

With the iconic director Steven Spielberg at its helm, this science fiction action-adventure film is bound to be one of Olivia Cooke’s most memorable movies. A 2018 release, this movie is based on Cline’s 2011 novel of the same name. Besides receiving critical acclaims, the film got nominated at the Academy Awards, British Academy Film Awards, etc.

Set in rural Wisconsin in 1994, this movie is a biographical drama short film that was released in 2018. To sum up the movie, the plot follows Bruce, an independent and intuitive young girl, and her sister Ruby along the course of an unforgettable day.

Co-produced and directed by Dan Fogelman, this American drama film portrays multiple couples’ lives over several generations and how they are connected to a single event. Firstly, the movie had its world premiere at the Toronto International Film Festival in September 2018 and then had its theatrical release in the United States soon thereafter.

Based on a drummer who slowly begins to lose his hearing, this 2019 drama film was co-written by Darius Marder. It had its world premiere at the 2019 Toronto International Film Festival, while the theatrical release took place on November 20th, 2020. Consequently, the American Film Institute and the National Board of Review named ‘Sound of Metal’ amongst the top ten films of 2020.

‘Pixie’ is a British comedy thriller film directed by Barnaby Thompson. The film was released in the UK on October 23rd, 2020, by Paramount Pictures. It narrates the story of a woman and two men who are on the run after an unsuccessful heist attempt.

Olivia Cooke also has two releases lined up for 2021, namely, ‘Little Fish’ and ‘Naked Singularity.’ This year, let’s hope to tap her potential to the fullest, and we might get to see some fine performances by the young actor!

Pick Your Air Max 95 Which Color Works Best for You?

How to Pick the Right Pair of Quay Sunglasses for Yourself