9 Things You Absolutely Have to See in Nyc Chinatown 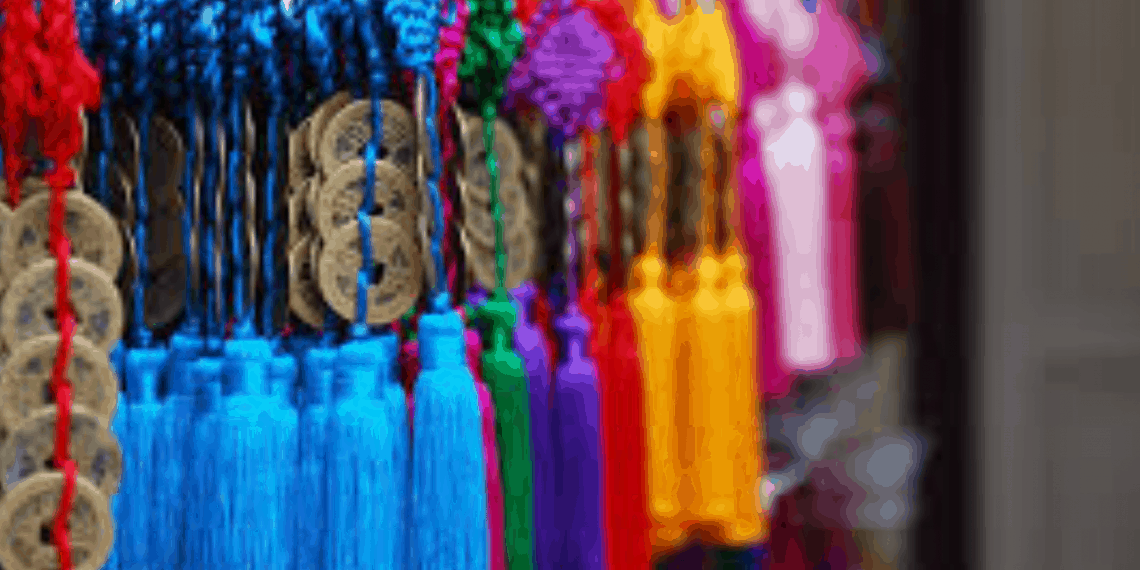 Chinatown is an absolute must see neighborhood in NYC. In Chinatown, you can experience some of the best of Chinese-American culture and you won’t need a passport! Plus, NYC Chinatown is one of the cheapest neighborhoods, so you can dine and shop without breaking your NYC bank. Chinatown is brimming with Shanghai Flair and on January 25 the area becomes plush with gold and red in celebration of the Chinese New Year. The year 2020 is the year of the Chinese Zodiac: the rat.

New Yorkers love this neighborhood because you feel like you have left the city and traveled to another country. The neighborhood is an oasis of amazing dim sum, Buddhist temples, karaoke, tea parlors, and Asian markets. Interestingly, Chinatown is the landmark for the infamous Five Points. (You may have seen the film Gangs of New York.) The street formerly known as “Bloody Angle” was once the most dangerous street in America, is now called Doyers Street and is one of the most Instagramable for its trendy art displays. Don’t worry NYC Chinatown now is super safe and a ton of fun.

Historically, the Chinese settled in NYC Chinatown in the 1870s after fleeing from the West and the racism incited by the California Gold Rush. Today, the primary dialect in the neighborhood is Mandarin. You will notice that most of the vendor and shop signs are written in the native language.

Below are 9 things you absolutely have to see in NYC Chinatown! And don’t forget, neighbor to the north, Little Italy. Be sure to read our article for our Little Italy outing recommendations.

1. Museum of Chinese in America

The Museum of Chinese in America (MOCA) started in 1980 and is a great museum to better understand the history, culture, and legacy of Chinese Immigrants in our country.  You’ll better understand what the Chinese had to endure like the Chinese Exclusion Act and what they contributed with some biographies of notable Chinese-Americans. It’s a great way to spend an hour learning before diving into some amazing eats.

Jing Fong is the premier dim sum spot in traditional Cantonese fare in this old school banquet hall. This place can get packed at their lunch peak with their extensive menu offering over a hundred dishes.  You can choose anything from pork buns to pig feet. Great for a big group meal, the restaurant is massive and rolls out dim sum on moving carts but at affordable prices.

This speakeasy cocktail bar serves 250 craft cocktails modeled after pharmaceuticals.  Apothéke as the name implies, is inspired by the apothecaries of Europe. Expect to pay about $16.00 for a drink. If you need recommendations, ask the mixologist.  Their “Devil’s Playground” under the “Euphoric Enhancers” sounds delectable if we do say so.

The Mahayana Buddhist Temple in NYC Chinatown is the largest Buddhist temple in the city.  It’s a city landmark, so passage is free. You will find a stunning 16ft tall Buddha surrounded by lotus flowers and natural aromatic scents. It’s truly beautiful and offers great insights into the culture.  It offers a reverent place for people to pray and offer their sentiments.  Formal ceremonies and fortune-telling on the weekends are also performed.

Nom Wah Tea Parlor is a tea room that has been around since the 1920s and is a staple of NYC Chinatown.  This could be a great breakfast or lunch place with dim sum, steamed buns, and pastries. They serve tea, wine, and beer and are insanely affordable with a great atmosphere.

Canal Street is a known street for shopping. Here you can find cheap souvenirs as well as knock off designer bags and goods. You need a Gucci bag? Consider Canal street. Just do not pay retail value. Again, these are designer fakes.

This ice cream factory is one of the neighborhood’s oldest business serving handmade ice cream for over thirty years. Here you will find rare and exotic ice-cream flavors like Lychee, Red Bean and Black Sesame (yummm). They also have regular flavors if you are feeling basic.

Between Bayard and Worth Streets, and between Mulberry and Baxter Streets

Who doesn’t enjoy a good park? Columbus Park is like a little slice of the Asian culture, perfect for people watching. You can expect to see at any point people playing mahjongg or an amateur group of Chinese opera performers. The park is also a great place to get your tai chi or kung fu practice in.

How to Darken the Roots for Ombre on Blond Hair