These New York City jazz clubs are worth a visit. 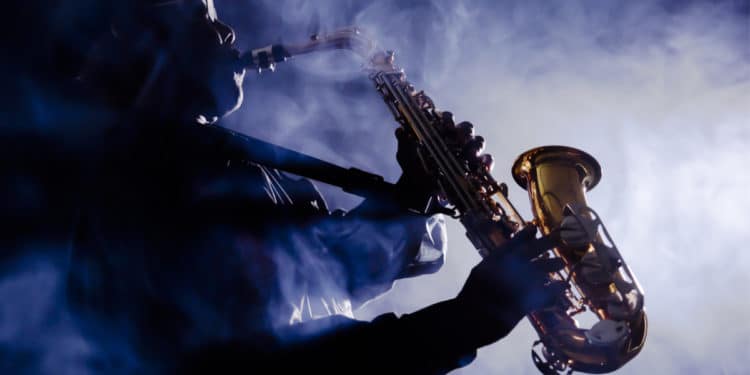 New York City is one of the best places in the world to enjoy a jazz performance. Some say it’s the jazz capital of the world — so it’s unsurprising to learn that there are many New York City jazz clubs worth a visit.

Bill’s Place is an intimate BYOB club. It’s in a brownstone, and is run by Bill Saxton & the Harlem All-Stars. It was Harlem’s only authentic speakeasy during the Prohibition era, and it continues to embody the vintage aura of the Roaring ’20s.

There are live sets every Friday and Saturday at 8pm and 10pm. It’s first-come, first-served (reservations highly recommended).

This is one of the most important places in jazz history. It was founded in 1938 by Harry Minton, a saxophonist. It was the birthplace of bebop. Today, it’s a registered New York City landmark.

Some of the greatest jazz performers in history have played here. They include: Thelonious Monk, Dizzy Gillespie, Charlie Parker, Charlie Christian, and Kenny Clarke.

This is one of Harlem’s longest-running jazz clubs. It’s been home to greats such as Sarah Vaughan, Lionel Hampton, Duke Ellington and Pearl Bailey.

This is right under celebrity chef Marcus Samuelsson’s Red Rooster restaurant. It’s one of the rising stars in the New York City jazz scene. Some of the city’s hottest, most talented young musicians appear here.

This cozy, popular venue features both local and established acts. It serves seasonal American cuisine and also has a weekend jazz brunch.

There are nightly sets at 7:30pm and 8:30pm. Tony Bennett has called this “the best jazz room in the city” — high praise from a jazz icon. There are also Late Night Sessions at 11:15pm on Tuesday through Saturday each week. Those feature rising stars in jazz.

This jazz club, named after Charlie “Bird” Parker, has a large bar and Cajun-inspired menu. Parker himself once called this “the Jazz Corner of the World.”

The club has hosted Oscar Peterson, Pat Metheny, and Diana Krall, as well as the big bands of Chico O’Farrill and Maria Schneider.

This intimate jazz club is associated with Les Paul, “godfather of the electric guitar.” It’s one of the best places for experiencing virtuosic, guitar-driven jazz performances.

If you’re looking to dance the night away, this is your place. Swing 46 has live swing bands, free swing lessons and a full service restaurant. On Sundays, you can tap dance.

This is an international non-profit cultural center and venue space. It offers music lessons, cultural events, and more. It’s open three nights a week and presents both established jazz figures and emerging artists.

This Danny Meyer-owned venue features both new and well-established jazz musicians. The New York City Jazz Record named it “Venue of the Year” in 2017. Come here to enjoy BBQ, jazz, and good vibes for everyone.

This historic tavern, which opened in the 1930s, used to regularly host Charlie Parker. It’s a go-to spot for bebop, rhythm & blues, and hot jazz.

Jazz legends have been known to make appearances as walk-on performers here. So, if you’re lucky, you could see a jazz great up close.

This venue is in a landmarked building that’s been serving drinks since 1817. Here, you’ll be right up close to the music (it’s a small space).

This iconic venue, which opened in 1935, features jazz icons alongside up and comers. It’s famous for its great, recognizable sound (which is usually attributed to its triangular shape).

This Prohibition-era dive bar features nightly jazz, funk and blues performances. The cover charge is reasonable and the talent is fantastic.