This New Netflix Show is Taking Everyone By Storm (Spoilers Duh)! 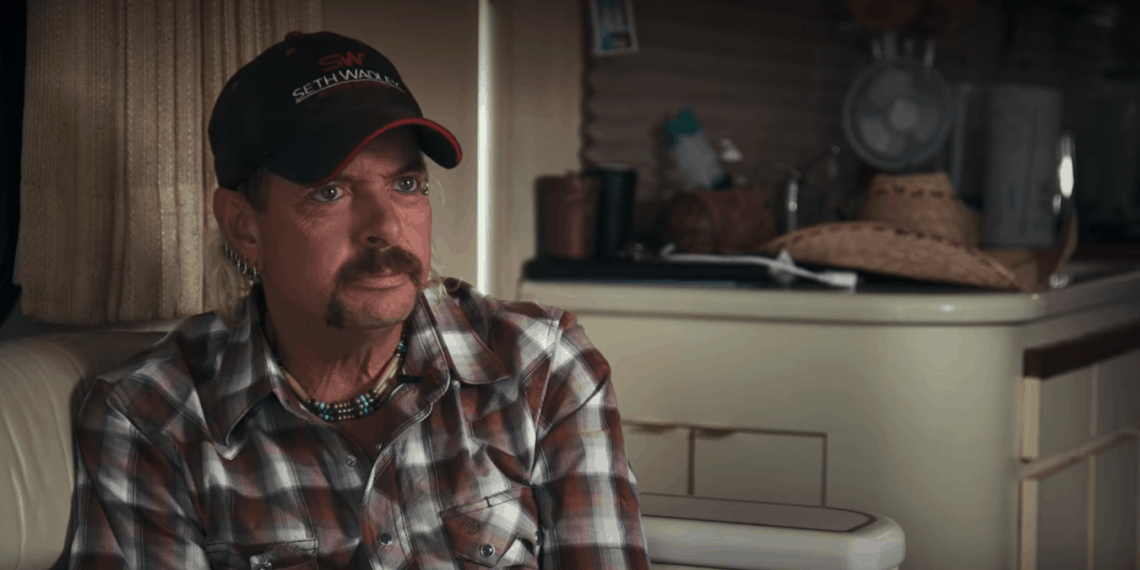 If you are trying to pick the best TV series to start watching, we already did it for you. The new Netflix original series, Tiger King, is what would happen if someone combined a trashy reality show with a true crime documentary. It has a cast of gun loving hicks with hundreds of tigers in a constant dick measuring contest. Tiger King is so ridiculous you won’t even know how to process it. But as crazy as it sounds, it is amazing, and it has captivated its audience. This documentary series truly proves the adage that “reality is stranger than fiction.” You will never know what to expect next, but you will love every moment of it.

As much as we love this Netflix original series, nothing is perfect. And in the case of Tiger King, its problems are displayed through its own hypocrisy. Throughout the show there is a criticism of the exploitation of animals. There are numerous interviews discussing the dangers of using cubs for public petting, and the need for large cats to have more space. But while this show criticizes the mistreatment of large cats, it also sensationalizes it. They show parties with cubs, and people playing with full grown tigers. And it is amazing to watch, but Netflix also inevitably glorifies the behavior it tries to condemn.

This problem is only made worse by the fact that there are no qualified people featured on the show. There are no animal scientists or veterinarians brought in to contextualize. It only shows untrained people arguing about their opinions on big cats. The closest thing to a qualified person on big cat well being is a member of PETA who was interviewed. But PETA is one of the worst organizations to “advocate” for animal rights, and kills many of the animals it tries to “save.”

It is Completely Wild

No that we have our criticism out of the way, we can get into why Tiger King is so amazing. You will literally never know what is coming next. Like when Joe Exotic has a double wedding to two other men, one of whom is several decades younger. Then you find out that both of his husbands are straight and are only with him because Joe supplies their meth addiction. Plus when one of them kills himself, Joe gets remarried two months later to another man decades younger than him. The plot twists just keep coming. And we haven’t even talked about the tigers.

Joe has hundreds of tigers that he just hangs out with. He also breeds and sells tigers, thereby contributing to there being more caged tigers in the U.S. than there are tigers in the wild. Amongst all the craziness there’s the fact that Joe Exotic ran for president, went to jail for murder for hire, embezzled from his own zoo, and so much more. So much happens in this documentary series, you won’t be able to stop watching.

hey all you cool cats and kittens ##tigerking ##netflix

♬ hey all you cool cats and kittens – netflix

While the show centers on Joe Exotic, we would be remiss to leave out Carol Baskin. Especially the fact that Carol definitely murdered her second husband. The show sets her up as Joe’s rival, and they have many arguments about the care-taking of big cats. From the moment she enters she looks like a flower child who spent a few years living in a commune before realizing she was emotionally connected to tigers. Though Carol’s past and present is nowhere near as wild as Joe Exotic’s, that is made up for by the suspicion around her dead husband.

Her husband was a millionaire who mysteriously went missing. This happened after he has tried to file a restraining order against her and was about to get a divorce. Carol very probably switched his will so that it said in the case of a disappearance she would get his property. Tiger King dedicates a whole episode to Carol Baskin’s missing husband. Of all the crimes in this show, the disappearance of Carol’s husband is the wildest. She has a hidden type of crazy, that Joe conversely shows on full display.

With all the insanity that happens in this Netflix original series, it is no shock how it took the meme world by storm. How could you not want to make memes about everything in this show. From the “kitty cat rides ’round my kitty cat meow meow kitty cat lake” to Joe Exotic’s music videos, it is all hilarious. One of the best parts of Tiger King is watching a community of internet users come together and bond over all the ridiculous things that happen. Finishing the show really means starting your meme research. This show is so insane, it is impossible not to love.