Once you have finished Emily in Paris, Netflix’s growing fashion genre will provide you with many other options for getting your Netflix fashion fix. 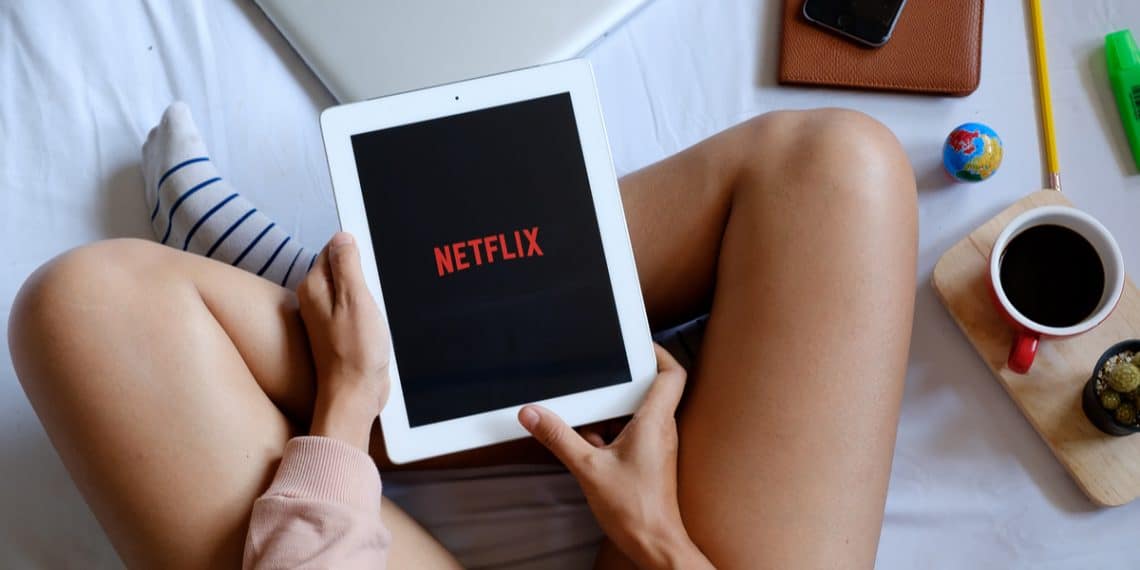 The much-anticipated series, Emily in Paris, debuted on Netflix recently. From the creator of Sex and the City, Darren Star, AND SATC’s costume designer Patricia Field, the show promised to be a treat for fashion fans everywhere. After you’ve finished the series, there are lots of opportunities to get your Netflix fashion fix.

And if you’re looking for something fashionable to wear while you complete your Netflix marathon, see also: Couch Couture: The Ultimate Netflix and Chill Fashion.

After binge-watching the entire series in one weekend, I can tell you: the fashion did not disappoint. Set in Paris, the fashion capital of the world, Emily’s wardrobe consisted of classic Chanel earrings, Christian Louboutin stilettos, and colorful Off-White coats.

Fashion critics have praised the series, with British Vogue commenting on how Patricia Field had “truly outdone herself” when it came to the on-screen fashion.

Emily, played by Lily Collins, is happy with her life, job, and boyfriend in Chicago. But when she is offered a position in Paris as the marketing firm she works for acquires a smaller marketing firm in Paris, she knows that she has to take up the amazing opportunity. The company Emily works for wants to send someone over from the American office to offer an American perspective to marketing, which often puts her at odds with the French office.

What Emily lacks in basic French skills, she makes up in her bold and colorful fashion choices. Working in luxury marketing requires a luxury wardrobe to look the part, and Emily is more than capable in that respect.

The series concludes with Paris Fashion Week. Just how Darren Star included the location of New York City as important as the plotline in SATC, he again has used Paris as the perfect backdrop to the show, as Paris really is all about the fashion.

Based on Nasty Gal founder Sophie Amoruso’s memoir, Girl Boss follows the journey of a 23-year-old who begins her own clothing online business from her crowded San Francisco apartment. Sophie, who is anti-conformity and believes that “adulthood is where dreams go to die”, can come across a little spoiled at times, but if you stick with her through her arrogant quirks, her free-spirited attitude and passion for tweaking vintage clothes shine through.

If you’re looking for some inspiration on starting your own fashion business or are just a fan of the Nasty Gal brand, Girl Boss gives a powerful insight into how to get your life together and be a girl boss.

Styling Hollywood follows the careers and lives of red carpet stylist Jason Bolden and his interior-designer husband, Adair Curtis, who is an interior designer for the rich and famous, styling homes to perfection. The Netflix fashion show gives an insight into the often glamorous, but always demanding, job as a stylist to A-listers.

Jason visits private showrooms to find one-of-a-kind dresses before Emmys season for stars such as Mindy Kaling and Vanessa Hudgens. On the other hand, Adair is dealing with demanding clients who rely on Adair for his creative vision in their homes.

The show is certainly not free from drama with disagreements at work with the operations manager and styling assistant to last-minute issues such as finding a hole in a dress the day before the Emmys. There is also an insight into Jason and Adair’s dynamic as a couple and their personal lives as they decide whether they are ready to bring a baby into their busy lives.

If you’re looking for an insight into a competitive but exciting career in styling, or simply want to binge on some entertaining reality tv, Styling Hollywood is for you.

If you are looking for something a little deeper that combines both fashion and emotional, heartwarming stories then Queer Eye is the perfect binge-worthy show. The latest series includes a father of the bride who lacks confidence, a dog groomer who works out of a non-operational van parked in front of her parents’ home, and a priest struggling with his sexuality.

The team of five help turn lives around with every aspect of their lives transformed. From their personal style to cooking habits and home makeovers, the team even helps individuals to confront their obstacles whether it be an estranged parent or a lack of confidence.

Designer and TV personality Tan France walks us through the contestant’s often unflattering wardrobe and gives them the confidence to dress how they’ve always wanted to. The home transformations are just as impressive as the personal makeovers, with interior designer Bobby Berk transforming any space into a home straight from a Pottery Barn catalog, while not losing sight of the contestant’s individual needs and tastes. Prepare yourself for lots of emotions and lessons learned, most notably that a little bit of kindness goes a long way.

The always fashionable Alexa Chung & Tan France are the hosts of Netflix fashion show Next in Fashion. Designers from all over the world who look to prove that they are the future of fashion compete to win an investment of $250,000 and a debut collection with Net-a-Porter.

The contestants vary in experience and background, some with a degree at a well-established fashion school, some who never went to college. Some contestants have dressed Beyonce, whereas others just have a clear vision and talent. However, what all contestants have in common is that none of them are a household name and this show hopes to change that.

Each episode has a new challenge of creating a look for a fashion show within a short period of time. The series starts as they are let loose in a fabric closet of dreams, and challenged with designing a red carpet look from design conception and sketches to the actual sewing of the garment before presenting their look for a fashion show.

Each show ends with a fashion show and at least one team is eliminated from the competition. The contestants work in teams of two, some who have worked together before and some who are total strangers so expect plenty of conflict as the pressure rises and visions differ.

The Assasination of Gianni Versace

The Assassination of Gianni Versace is the second season of American Crime Story, the first of which followed the trial of OJ Simpson. If you want to watch a crime drama about a historically tragic assassination that shook not just the fashion world but everyone that day in 1997, then the show provides an interesting insight into the events leading up to and immediately after the murder.

The show focuses on both Versace’s own childhood and his murderer’s and weaves effortlessly through their lives with a focus on the killer’s unhealthy obsession with Versace. Not only is the casting perfect with Penelope Cruz as Donatella and Édgar Ramírez as Versace, but it also provides a great soundtrack to 80s and 90s hits, while shot very artistically.

The series also covers iconic fashion moments such as the 1992 Met Gala where Versace created a look for Donatella using buckles and straps. The dress was considered one of the defining moments of 90s fashion as it was seen as experimental for the 90s, which had previously favored minimalistic style.

For those interested in something that combines crime, fashion, and amazing performances, The Assassination of Gianni Versace won’t disappoint to give you both your entertainment and Netflix fashion fix.

Let’s Get Back to Work, New York