New York Gal » Who Are the Kazoo Kids and Where Are They Now?

Who Are the Kazoo Kids and Where Are They Now? 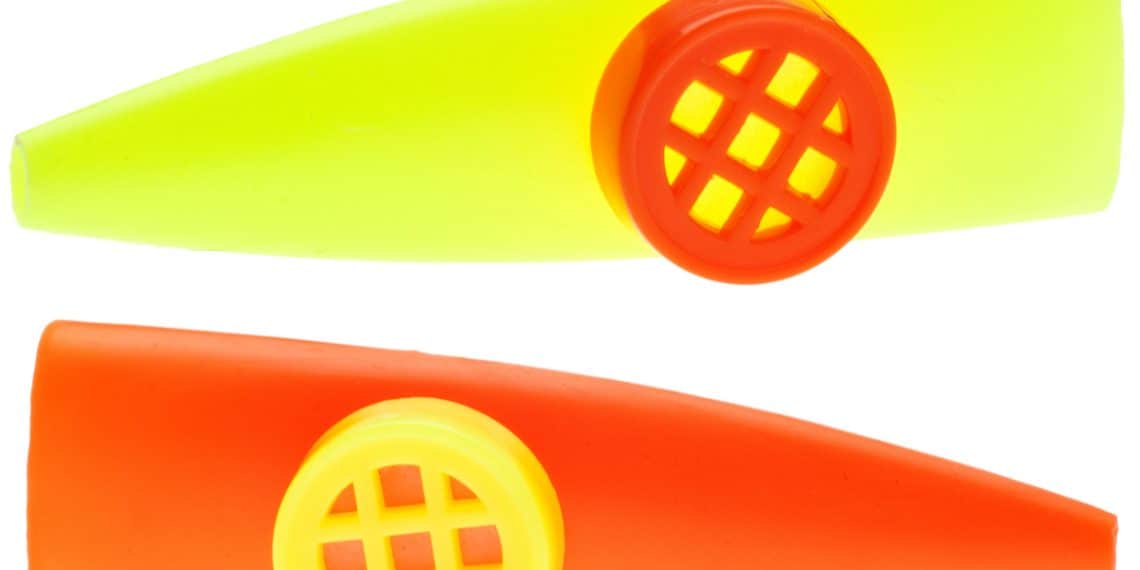 If you have seen “You on Kazoo”(1989) on YouTube, then you know about the Kazoo Kids. The video is from 1989 and had a resurgence on the internet a few year ago in 2016. Naturally, the memes and parodies that followed were bountiful. This three minute video is like viral video nostalgia. It evokes the feelings and memories of the early internet days. The Kazoo Kids have a loyal following. Stumbling on this video is like finding a rare internet gem. The Kazoo Kids are both endearing and terrifying AF and like a car crash, you can’t quiet look-away.

Let’s Talk About You On Kazoo

“You on Kazoo” appears to be from a VHS tape (remember) Special Friends: Staring You on Kazoo that runs 30 minutes in full. Now ,we give you a brief dissertation on this three minute internet sensation.

The video begins with an onscreen message similar in font and layout to the original Star Wars trilogy. The voice over reads,”{…} don’t run, jump, or dance while playing the kazoo,” which is punctuated by a “thanks!” said enthusiastically ( unnerving). We then meet our star, a blond boy with a bowl cut and a uniform set of chiclet teeth. In the beginning the boys says “ouch” in response to some invisible attack or pain. He then very existentially says, “Wait a minute, who are you?”In true Shakespearean fashion, he speaks directly to the camera and YOU the viewer within a verdant backdrop, likely someone’s back yard with a Razor scooter likely not far from frame. His friends are remote, standing at the edge of the screen; they are oddly all standing in one line. This firing quad of normcore dressed elementary kids are apparently this boy’s friends.

The boy comes closer to the camera and reveals his secret: that he gets nervous when he meets a lot of new kids. Then, the video is intercut with him going ham on a kazoo. It’s basically off to the races, the content and quality of this video is strange and wonderful. He then takes it to the next level by christening YOU the viewer “his special friend.” The batman like voice over, confirms our latent fear that this kid is going to grow up and be the next Ted Bundy ( just kidding).

“FUN FUN FUN FUN FUN FUN FUN FUN FUN,” is this boy’s mantra. He really likes playing kazoo. We then meet his friends in Mickey Mouse Club fashion. Side note, “Helga’s” voice sounds like a German man in the body of a nine year old girl. It gets even weirder with the voice over of the “Spirit,” followed by wind chimes. The children preform a hip dance that is designed to lure the spirit… It’s really hard to check every episode of Law and Order SVU at the door when watching this strangely made and crafted video.

After the paranormal number, the video attempts to end on a sweeter note. The boy sings a song about friendship. It’s off key with kind of a nice message. You will now be “his special friend, until the end of time.” Not what you asked for? Too bad, it doesn’t look like YOU have much say in the matter.

Watch You on Kazoo

Now watch the Kazoo Kids, you have been warned!

Of course, the internet had to do some digging. And thanks to Twitter the world has been reintroduced to Brett Ambler, AKA, the kazoo kid. Brett Ambler is now a normal, full functioning adult who seems to have left his kazoo fun days behind. Surprisingly, Brett is a working actor with some decent IMDB creds. He still has a good sense of humor when you read his retweets to his kazoo kid outing on Twitter. He is also a musician who now gets bread from doing voice overs. Brett’s estimating earnings for 2019 were $500,000 (woah). Long gone is the blond bowl cut; Brett is now a brunette and clearly an entrepreneur.

Brett Ambler clearly is a good sport. He has welcomed his adoring fans and internet trolls. He is also heavily active on social media. So holler at your boy. And y’all there is even a petition for a “You on Kazoo” remake. Brett has already expressed that he would be game. Brett is down for a kazoo jam sesh with his costars who have also gone off to do successful voice over work. See not all child stars go down a dark path in their adulthood.

Be sure to follow Brett Ambler on Twitter. Below he is sharing with his “special friends” his life in quarantine. And Brett’s musical so you can enjoy the tunes. Hopefully, his content comes without the creepy spirit voice over in “You on Kazoo.” He reminds us to wash your hands. It’s “FUN FUN FUN FUN FUN FUN FUN FUN FUN!”

And if quarantine has got you with too much free time. Read 13 Best How-to Books of All Time.