All about Joe's relationships and more. 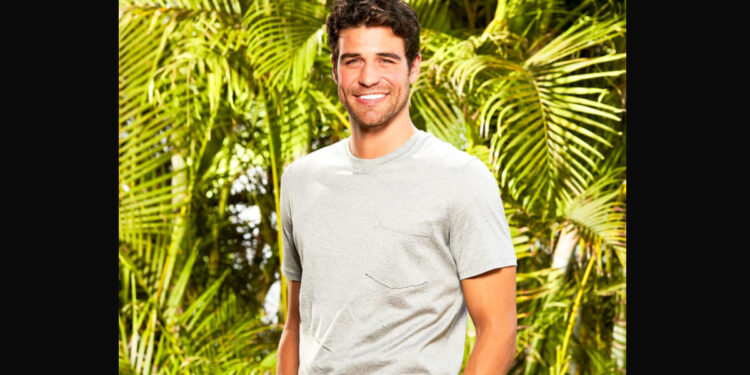 Joe Amabile is the chocolate boy fromThe Bachelorette.He did not win the show but became everyone’s favorite due to his charming looks. The handsome young man appeared onBachelor in Paradise, season 7. From this show, he gained massive popularity.

This fan-favorite guy wanted love in his life. Joe Amabile went on and off with many girls. He is well-known for his relationship with Serene Pitt on the show. He had an instant connection with her. If you are new to Bachelor Nation, then do watch the show to get some scoop about couples.

Here is why Joe Amabile is called ” Grocery Store Joe”.

If you have never seenBachelor in Paradiseand are confused af why he is nicknamed Grocery Store Joe, then here is the reason. He has been in the food industry for the past 10 years, and before coming to the Bachelor franchise, he had owned a grocery store in Chicago. That’s why viewers labeled Joe Amabile as the grocery store guy. He is also a food blogger and highlights some of the best foods and restaurants from the places. He even has his own pasta sauce brand called Sundays with Joe.

Not only this when he got fame for making a dramatic entry in the show, but people also flooded memes about this Grocery Store Man on Social Media.

Joe fell for Kendall Long during the show. The couple broke up on the beach. But they quickly rekindled their love outside of the show. The pair came back together in the season 5 finale, 2018.

Amabile went to Los Angeles to compete in season 27 of Dancing With the Stars. They broke up again in less than one year after he moved in with her in California. She and Amabile announced in January 2020 that they had split. The grocer had to return to Chicago.

He met Serena Pitt on the Season finale and since then the couple are madly in love with each other. He dropped a hint about their wedding plans. The couple is quite active on Instagram and keeps on sharing their lovey-dovey romance pictures. They will be moving to New York soon. Speaking to screenrant.com, Joe said that they chose Brooklyn because “we wanted something a little more low-key in New York.”

They were looking for a place that had “natural lighting” and “in-unit laundry.” Joe said that they have been splitting their time between Chicago and Toronto. “It does get exhausting traveling back and forth and back and forth. I think Serena’s literally been living out of a suitcase for eight months.” They wanted to find a place to live that was still close to both of their families, so New York was perfect. Joe explained that his and Serena’s families have not yet met in person. Because of the COVID-19 pandemic, he and Serena’s family “get along great.”

We wish all the best for the couple. Hope they tie the knot soon and keep us updated about their future goals.