Every New Yorker Should Be Watching These Netflix Gems

More gems to add to your "need to watch" list. 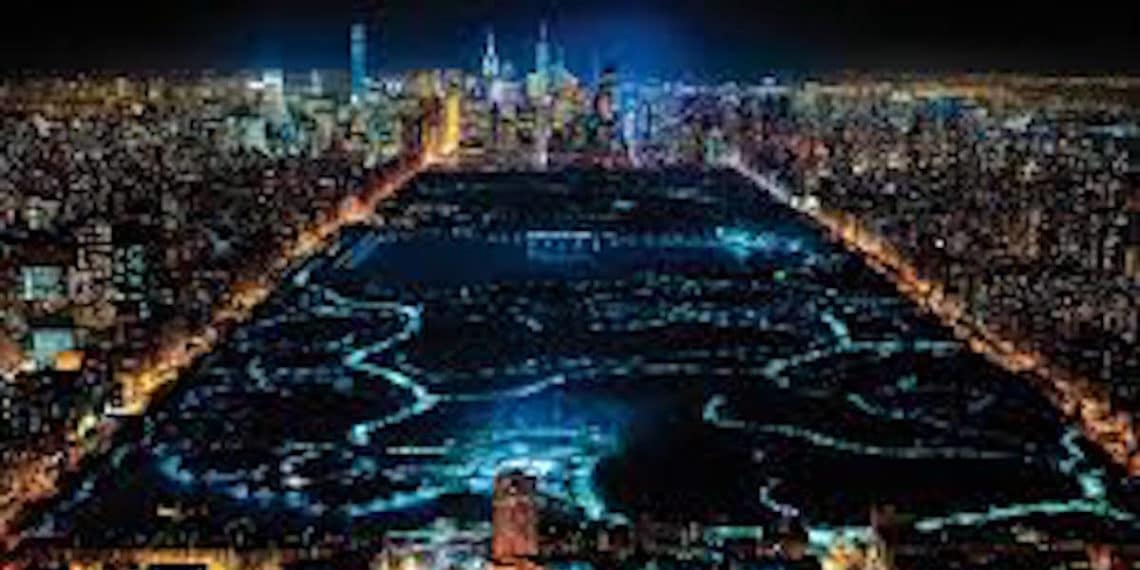 New York City is the most filmed location ever. More specifically, Central Park. According to the Independent, it has appeared on screen about 231 times.

Following that is L.A, the unsurprising ‘other city’ of dreams where many of those movies are developed. Greenwich Village, Astoria, and Williamsburg have ranked just after.

It’s hard to watch something shot in the city without thinking, or saying, “I’ve been there!”. And seeing the city in a less grey and natural filter is enough to remind you that despite its flaws, that the city is worth it.

Netflix has plenty of shows and movies, but sometimes it’s hard to scroll through them all and can feel as crucial as picking something to eat or wear. That abundance includes backdrops and storylines interwoven into the city. Maybe you’re away and miss NYC or you just want to watch the beauty of it portrayed by Hollywood.

Either way, we’ve found some worth-watching things on there, so you don’t have to spend an hour deciding.

This 2004 classic, featuring the ubiquitous 2000s chick-flick duo, the Olsen Twins is, given away by the title, set in New York. The Long Island twins both find themselves sneaking into the city on, wait for it, a school day. Each for their own, different and dividing reasons. Following and attempting to catch them in the act is their hyperbole of a strict school officer. They find themselves in predictable yet nostalgic dilemmas.

Now into it’s fourth, and apparently last season, The Office and Bridesmaids star, Ellie Kemper plays an ex-cult member that lived underground in the belief that she was safe from the apocalypse. After being rescued and assured that the world, hadn’t in fact, ended, she decides to move to New York City in hopes of living a normal life. What ensues is a world through a fresh, optimistic pair of eyes that once thought the world had ended.

Even the trailer of this movie is relatable. It involves two highly overworked and underappreciated assistants living and trying to survive in the city, played by Zoey Deutch and Glen Powell. Hello, fellow Millenials.

While this film teeters on the verge of trying too hard to fit in with the younger generation, it stays at a respectable distance. It also happens to involve a less than classic plot, when the assistants set their bosses up so they can get at least 6 hours of sleep and a warm meal for dinner. But, as a superfluous rom-com would stop there, this one doesn’t.

It has been predicted that there are around 800 languages spoken in NYC. 51.6% of New Yorkers are estimated to be religious. Some of those include Hindu, Catholic, Baptist, Jewish, Islam. Like all cities, but especially New York City, it is highly mixed.

This stark documentary-like film, made by Heidi Ewing and Rachel Grady follows the aftermath of three individuals that left the covert Hasidic Jewish community. Their lives are filled with rejection from families and all they’ve ever known, threats, coming to terms with abuse and how to assimilate into the world they once saw as the outside.

This real-life story of Susannah Cahalan is based on her memoir of developing and being undiagnosed with a rare autoimmune disease that left her appearing to be insane and unfit to return to her old life. At just 21 Cahalan is working in the city, at her dream job when things seem amiss. Despite the film not receiving roaring reviews, the book was a New York Times best-seller and the story is one that stays with you after it finishes.

“Where has she been, Serena? And who am I? That’s one secret I’ll never tell. You know you love me. xoxo… Gossip Girl.”

Gossip Girl and all its drama came out as an oxymoron to the financial crisis that was happening in NYC and the rest of the world. It was something to hang on to in spiteful entertainment. Millions watched it and still do, to feel like Blair, Chuck or Serena for an episode. As much as it did seem like the dream world as a teenager in 2007, doesn’t it seem like too much drama to endure now? I barely have time to text my friends back.

Two strangers lives are joined together on an unexpected night in the city when Brooke Dalton’s (played by Alice Eve) purse is stolen and she misses the last train, only to be offered help by musician and onlooker Nick Vaughn (played and directed by Chris Evans). We follow the couple through the unplanned and random night in and out of bars, hotel rooms and intimate confessions that could only unfold in New York City.

Emma Stone and Jonah Hill’s near-future set series has already been watch and reviewed and acclaimed as one of the best shows this year. Although its characters may have influenced it’s initial attraction, it’s the plot and visuals that keep viewers attached and wondering what the fuck is going on. Two unsuccessful, dissatisfied people sign up for a drug trial said to cure whatever it is a person is suffering through. But, of course, things don’t exactly work out that way.

Friends is as unrealistic as 90’s sitcoms got. A group of friends, with relatively low-income jobs all, live in the same apartment block for one, which happens to be right near Central Park and Perk. No one’s door is ever locked, just like in Seinfeld, so people jump into scenes and slam out of them.

It ended over ten years ago, and some may say that it is equally over-rated than it is unrealistic. Still, despite all of that, people are still known to quote it, people that were only children when it aired. And it was the fourth most viewed television finale series ever, with 52.5 million people watching it.

The son of a real estate mogul, an NYC playboy, a businessman, a con, the owner of Miss Teen USA, a sexual predator and now, the president. Trump: An American Dream is a mini-series that documents the life of the president before he decided to run, and ultimately what lead him to believe he was fit to run a country simply because he was a businessman.

It’s somewhat ominous watching the evolution of one of the most controversial men today become who he is now. Furthermore, it’s starting to remember that he did get what he wanted and we’re living in it.