What is Debbie Dunning from Home Improvement Doing Now? 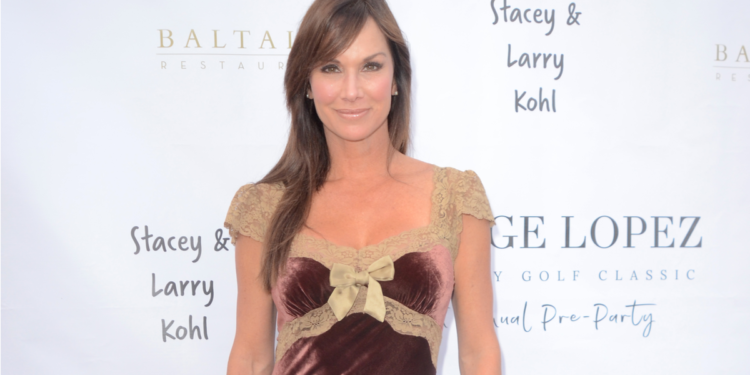 Speaking of funny and most successful sitcoms of the 1990s, Home Improvement sure takes the cake! If you want some good laughs, then this is the show to watch. But perhaps more memorable is the cast that stars in the show, with special mentions to the very beautiful, funny, and talented Debbie Dunning, who played ‘Tool Girl’ Heidi after the original ‘Tool Girl’ left the show to go to college. So what has she been up to since leaving the show?

Who is Debbie Dunning?

Debbie Dunning is an American actress, spokesperson, model, and comedian. She was born on the 11th of July, 1966 in Burbank, California, to parents Diane Dunning and Bob Dunning. The beautiful actress went to John Burroughs High School just like her parents and was cheerleader and homecoming queen during her time in high school.

Eventually, she made her first debut into the entertainment industry through modeling, where she earned the coveted title of Miss Burbank in the year 1984. She participated in several other beauty pageants as she hoped it would propel her into Hollywood. Her crown title led to her being signed by Judith Fontaine Modelling and Talent Agency based in Los Angeles.

See Also: 10 Most Famous Rachel Dratch SNL Skits that are Worth Rewatching

Debbie Dunning would soon after start featuring in advertisements and different Television commercials such as the Foot Locker and her popular Taco Bell commercials. She also advertised for Ford Motors. Her first role in a film was in the 1988 comedy film Dangerous Curves, and then she landed a minor role in the sitcom Married…with Children and Baywatch.

Her big break and most known role is when she got the part of ‘Tool Girl’ Heidi in ABC Sitcom Home Improvement. She was previously a guest star at the show before landing the permanent role after the original ‘Tool girl’ left the show to attend college. She soon became a fan favorite in the sitcom that had grown to attract a large fan base until the show ended.

Ever since the end of the sitcom Home Improvement, Debbie Dunning has continued working on her acting career. She has also dedicated more time to passions, charity work, and family life.

A little after her time in Home Improvement ended, Debbie Dunning landed a role in the movie The Spiral Staircase, which was an adaptation of the novel Some Must Watch by Ethel Lina White. She played the part of Danielle, a guest trapped inside a mansion with a serial killer.

She has had several minor roles in many films such as; Tales from the Crypt, Off Camera with Dean Cain, Renegade, Spring Break Blast, The Misery Brothers, Leprechaun 4, Now You Know, Four Fingers of the Dragon, The Last Guy On Earth.

Dunning later landed a recurring role as Hope Lorca on the Wicked Wicked Games, a soap opera. She has also been featured in the Jaime Fox Show as herself. Her talent was also a part of Tim Allen’s a User Guide to Home Improvement, playing her character from the show Heidi and also E! True Hollywood Story about Home Improvement.

Her Passions and Charity Work

Debbie Dunning’s passion and love for horses prompted her to start a show centered on horse riding and touring dude ranches called Debbie Dunning’s Dude Ranch Roundup. She has spoken on her love for the dude ranch experience, and that is why when the opportunity came to her to work with Patrick Gosch, owner of the RFD-TV, to create a show, she took it and made it about one of her passions. Her goal and dream are to visit as many dude ranches in the US as possible and highlight their uniqueness.

See Also: What Lucy Punch Been Working on Lately (Her Up and Coming Shows and Movies)

Dunning is also significantly involved in charity work. If she is not doing any of the things she is passionate about, like skiing, golfing, and horse riding, she volunteers her time and resources to worthy courses. She often participates in the John Stark’s Annual Golf Tournament, which is geared towards raising money for scholarships to college students.

She also raises money for children who have suffered burn injuries and uses her time to raise awareness on cancer treatments. Debbie Dunning has revealed she is down to help out on anything that helps children in society.

Debbie fell in love and married Steve Timmons, an American Volleyball player, on 11th May 1997. The two have been blessed with three children, Spencer Schae Timmons, Stony Timmons, and Sysco Timmons. Sadly, the two divorced after more than two decades of being together and have kept their divorce very amicable and have kept the details out of the media.

Debbie Dunning continues to live unapologetically with her children as she occasionally indulges in her passions and charity work. She remains as beautiful as ever, and hopefully, we get to see her grace our screens soon.

What’s Hannah Simone Been Up to After Finishing New Girl?

What’s Hannah Simone Been Up to After Finishing New Girl?

Brigette Lundy-Paine is a Non-Binary – What Does that Mean?