What’s The Deal with Cuban Doll and Taxes? Is She Really Bankrupt? 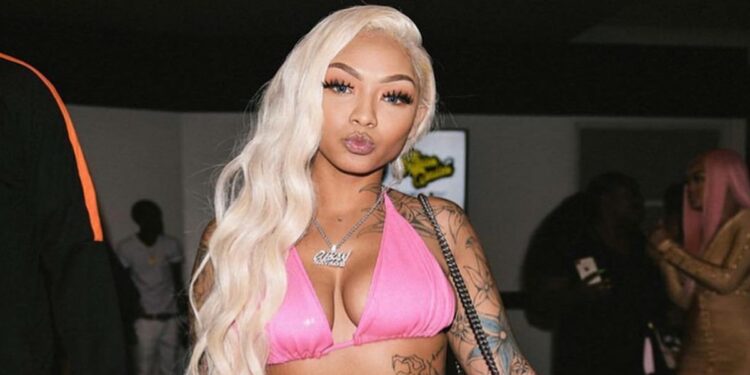 There has been a growing trend of young people making their career debut through different social media platforms. Social media can significantly boost your career if you have the clout to back it up. Cuban Doll is one living testament to just how far you can go when you have a great social media presence. But of course, social media can make you or break you, Cuban Doll has been embroiled in a couple of controversies in her career, her latest one involving taxes.

Who Is Cuban Doll?

Cuban Doll is an American social media star and model-turned-rapper, and singer. Her real name is presumed as Aaliya Keef though she has never owned up to it. She was born in 1998 in Dallas, Texas. Not much is known about her family background though she does reveal that at 15 years old, her mother went to jail. This put a strain on the family and led to her siblings splitting up as Cuban chose to stay with a friend and her two brothers found their own way.

Cuban made her career debut as a model. She took social media by storm with her flashy, sassy, and bodacious modeling pictures that she posted on Twitter and Instagram. Soon enough, fans were bound to notice her as she amassed quite the number of followers. After gaining the much-needed clout from fans, as all upcoming influencers seem to do lately, she transitioned into the music industry.

She decided to join the rap game in 2017 by releasing her own mixtape with guest appearances from The Step Sisters and Molly Brazy. The entertainer has recorded several songs with a few mentions; Let It blow, Racks Up, Bankrupt, Drug dealer, Rap Bitch, Made It Now, amongst others. She is also an entrepreneur and owns Cuban Dolls Merchandise and apparel. When not recording songs and selling merch, she also doubles in selling affordable and cool iPhone cases.

Her Stand On Taxes

Cuban Doll is one not new to controversies. She has had her fair share of drama on social media. From her personal life to her love life, this girl seems to be a magnet for the drama. The social media world is only just recovering from the drama surrounding her alleged infidelity with Offset in a supposed menage a Trois with Summer bunny when she made a very controversial statement.

Cuban Doll took to Twitter sometime in late May to say and I quote, “Paying taxes ain’t for me y’all, I’ll sit in jail!”, oh boy. I mean, let’s face it, taxes are a pain in the ass, nobody likes to have to pay them, but we have to. Tax fraud is a crime, and as much as you may love to skip filing your returns, the IRS is bound to catch up with you one way or another, and it is not a pleasant experience.

Many of her fans were quick to point out that she just played herself by posting and somehow seemingly ‘bragging’ about it. It’s like a child stealing a cookie and going to eat it in front of the mother, not very wise. Announcing that she decided on just skipping her taxes to the whole world would earn her more scrutiny from the IRS. In a time where many celebrities are actually taken to court over skipping taxes, including Ja Rule, it seems Cuban Doll doesn’t really care, as she said.

Some fans, however, couldn’t help show their support. Granted, paying taxes is mind-boggling to many people, especially with all the paperwork involved sometimes. Some of her fans tweeted that they were right with her on that decision, not very wise on the part of any of them.

Quite the contrary, Cuban Doll is doing quite well for herself as far as the music career, social media career, and business goes. Her primary source of income comes from her music and social media career. You would be surprised at how much it pays to e an influencer on Instagram, Twitter, Youtube, and other social media platforms. She gets paid for endorsements by brands and for advertising. Her huge following also rakes in the money.

See Also: Who’s Rickey Thompson? ( and Why Should You Care)

Her business at Cuban Dolls merchandise and selling iPhone cases also brings in profit. From what we have seen from the flashy lifestyle she leads, I think it is safe to say she is doing just okay. The main success is how far she has come as a young struggling teen to everything she has achieved thus far; it is pretty impressive. Her net worth has been estimated to be around $1 million.

Cuban Doll may have a knack for controversies, but we can’t help but respect the young, beautiful, talented, and hustling girl she is. She finds ways to make her money, and that’s all that matters. We can only hope she doesn’t fall through with failing to pay her taxes; the IRS is always watching!

Why Is The AT&amp;T Girl Taking A Stand Against Sexual Harassment?