"I don’t tell many people my last name." - Allegra Versace 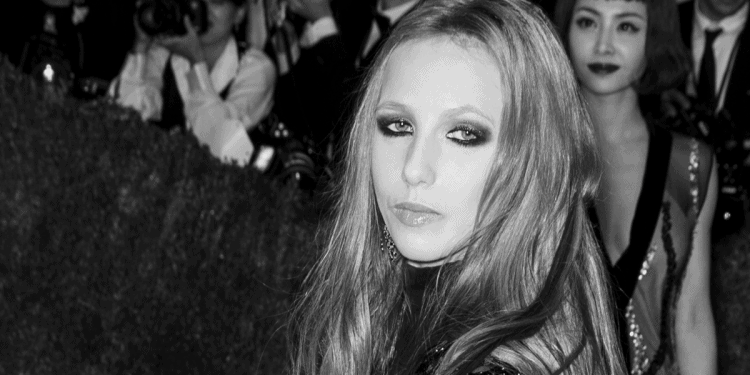 The heiress to the throne of the ‘Versace fashion empire, Allegra Versace Beck, is rightly credited as the ‘Forgotten Child’ of the family. Her aversion to public attention was evident from her teenage years. Since then, she has kept herself away from the press’s luxury and social media attention. In many instances, she was spotted using her father’s surname ‘Beck,’ to evade her peers’ attention. But the media always finds its way to the Versace heiress to know about her life!

Allegra Versace is virtually unassociated with the drama and fame associated with the celebrity lifestyle. This makes her a person with a mysterious personality. Arguably, her life would have been much happier, more organized, and quieter if she were born into an average family without fame and power. She could at least, get the privacy to walk in public spaces and meet her friends without the scrutiny of media houses.

Her uncle’s will added fuel to her hate for publicity. Versace left her in charge of 50% of Gianni Versace S.p.After his death. When Allegra was 11, her favorite uncle was murdered outside his house in the United States. The incident left deep wounds on young Allegra’s mind. The scars can still be seen after years in the form of her habits, choices, and behavior!

Born on June 30, 1986, this American socialite is the daughter of Paul Beck and Donatello Versace. Her father was an ex-model based in America, and her mother is a famous Italian Fashion Designer. From a young age, Allegra Versace was close to her uncle Gianni Versace, the founder and ex-owner of the Versace fashion company.

As a child, Allegra attended many fashion shows with her mother and uncle. She attended her first event when she was barely two days old. The rich fabrics and bright lights that carried themselves right by her side did little to excite her. Had she been born in a family that couldn’t afford such a lifestyle, her life would have been different.

Aversion From the Glamour Industry

During her 2007 interview with Harper’s Bazaar, Allegra Versace said that her mother dressed her in silk clothes for elementary school. She felt very embarrassed to leave the school early as her teachers couldn’t ask her to finger paint wearing that dress.

These instances created an aversion in her mind for fashion and the glamour industry. Instead, she chose to learn about history and drama. As reported by the Guardian, Elton John gave her her first piano lessons at a young age, which she claims to have never learned. Allegra referred to her piano tutor John as Uncle.

As a child, she also devoted much of her time reading about art and visiting famous museums with her uncle Versace. She shared her passion for those subjects with him. This created a deep emotional bond between the niece-uncle duo.

Her Bond With Uncle

Gianni was always at odds with Allegra’s mother Donatella. In many instances, Allegra’s devotion to her uncle made her the peacekeeper between the rival siblings. While speaking to Vanity Fair in 1996, Gianni told them that he liked talking to Allegra, who was then 10- years old. He went on to say that the little girl used to tell her the truth about her mother’s habits. Quoting her from an instance, Gianni said, “Don’t worry (about her mother), she’s always a little bit exaggerated.”

While speaking about her brother’s bond with her kids, Donatella told New York Magazine that her children were also her brother’s children. Allegra knew about all the museums in different parts of England, France, and the United States of America, only because of her uncle’s shared love for art. They read art books together, because of which Allegra knew about the works of Picasso.

The Murder That Changed Her Life

In 1997, Allegra Versace and her brother accidentally saw the news of her uncle’s murder while watching cartoons on television. Recollecting that incident, Allegra told the media that she had very little recollection of her life before her uncle’s murder. She went into a dark phase, forgetting everything about his uncle and their relationship for a very long time.

These memories started coming back one by one after many years. On her 18th birthday, she decided to study and explore life for some more years before thinking about the responsibility of managing a business of such scale. Today, her net worth is US$800 million at the age of 34 years as the director of Gianni Versace S.p.A.

Inside the tragic life of reclusive Versace heiress Allegra Beck

Allegra was 11 when her Uncle Gianni died. She had a love/hate relationship with her parents. Allegra didn’t want to follow in her Uncle Gianni’s footsteps. Her mother thought Allegra and Gianni were perfect for each other. Allegra was devastated when she found out what happened to him.

She inherited half of her father’s fortune when she turned 18 and she became a billionaire overnight.

Donatella Versace says she does not spend much time with her sister Allegra because “she is always working.” But the fashion designer did reveal that both sisters are close and spend a lot of time together.

The Italian model told Vanity Fair magazine that she and her sister do not spend much time together because “she is always busy with work.” However, she added that she still loves her sister and considers her one of her best friends.

She continued: “We don’t see each other very often, but we’re really good friends. We talk every day. I love my sister.”

Versace also revealed that she does not like to go to parties because she feels uncomfortable around famous people. Instead, she prefers spending her free time studying and biking.

The 34-year-old model also admitted that she likes to keep things simple in life and does not care about what others think about her.

In addition to being a successful entrepreneur, Donatella is also a renowned fashion designer. Her label Versace is considered one of the leading luxury brands in the world.

Why producers scrubbed Versace’s niece out of ‘American Crime Story

Allegra Gonsalves had been scheduled to play Gianni Versace’s sister Donatella in Ryan Murphy’s upcoming season of American Crime Story. But she was removed from the cast just days before filming began.

The show’s creators say it was because of scheduling conflicts. However, some industry insiders believe that the decision was motivated by concerns about how the character might affect the real-life siblings’ relationship.

Gonsalves was born into the fashion world. Her father Antonio founded his namesake clothing label in 1986, while her brother Santo runs the brand today. She attended Brown University and studied economics. In 2012, she married actor David Schwimmer, star of Friends. They have one child together.

Versace’s murder shocked the fashion world. He was gunned down outside his home in Miami Beach in 1997. His killer, Andrew Cunanan, went on to kill five others.

What Mainstream Media Won't Tell Us About Tamiko Bolton