Get to know the real Tamiko Bolton a little better. 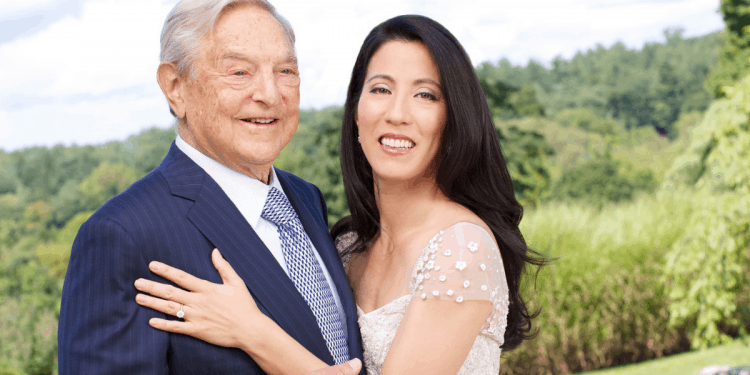 Mainstream media became interested in Tamiko Bolton after she began dating Hungarian-American billionaire and philanthropist George Soros in 2008. Tamiko Bolton was forty-years-old when the couple announced their engagement in 2013, and her billionaire fiancé was 82. Tamiko became the billionaire’s third wife during an elaborate wedding ceremony that was highly publicized. It was a grandeur reception with the attendance of many well-known public figures such as Nancy Pelosi, Gavin Newsom, and Bono.

The mainstream media is fascinated by the seemingly successful relationship between Tamiko Bolton and George Soros. But Tamiko is much more than a billionaire’s trophy wife.

George Soros is a billionaire investor and philanthropist. He is known for his activism against communism and capitalism. His net worth is $30 billion, making him the world’s 19th richest person. Tamiko Bolton is his third wife. She is an American model and actress.

A Little Background About Tamiko Bolton

Tamiko Bolton is a Japanese-American who was raised in California by her mother and her father. Her mother was a registered nurse, while her father was a commander in the US Navy. Both of her parents promoted the idea of a strong work ethic throughout her childhood. It’s no surprise that Tamiko went on to earn a Master of Business Administration degree from the University of Miami.

She was married once before her current marriage to George Soros. But there is not much information surrounding her first marriage. It is thought that she entered her first marriage sometime in the 1990s. The length of her relationship and the identity of her first husband remain unknown.

Successful in Her Own Right

Tamiko Bolton is an intelligent woman who understands the importance of having multiple sources of income. She began her career as a health education consultant, and this occupation allowed her to realize her passion for wellness. Eventually, she decided to become a licensed pharmacist. Then she went on to launch an online dietary supplement company that continues to be very successful.

She continued to create businesses that would allow her to monetize her passion for fitness and wellness. Later, she became a certified yoga teacher and then launched another online business. This business was created to help others learn about the benefits of practicing yoga.

Her entrepreneurial endeavors began long before she met her now-husband. She had multiple successful businesses when she met George Soros at the age of forty. Although her net worth has never been revealed, it’s safe to assume that she had a comfortable life before meeting her billionaire husband.

Tamiko Bolton is a Private Person

While some women who marry high-profile men love the spotlight, Tamiko Bolton would rather avoid it altogether. The mainstream media has had trouble keeping up with her whereabouts as she doesn’t have any active social media accounts. She is usually only seen publicly when she attends charity events with her husband. She values her privacy and lives her life accordingly.

Tamiko Bolton likely has a distaste for mainstream media. Her then-boyfriend George Soros was sued by his ex-girlfriend in 2011. Tamiko found herself supporting her partner through a lawsuit that quickly became a media frenzy. George’s ex-girlfriend, Adriana Ferreyr, sued him for 50 million dollars with accusations of fraud, assault, emotional distress, and harassment.

The lawsuit was quickly dismissed after Adrianna Ferreyr became unhinged in the courtroom. The ex-girlfriend attempted to attack Soros and his lawyers during a hearing. The judge responded to Ferreyr’s erratic behavior by dismissing the case altogether: “That’s it. Case dismissed. Your behavior is contemptuous.”

Despite the case being thrown out, Tamiko Bolton experienced a lot of negativity from the public. Due to her romantic relationship with Soros, the media began portraying her as a “gold-digger” instead of a loving partner. Her personal business ventures were overlooked as the media attempted to make her entire identity solely about her romantic relationship. She has attempted to avoid the media whenever possible since the unnecessary public backlash.

Although Tamiko Bolton doesn’t enjoy press coverage, she attends highly publicized events because of her passion for philanthropy. She prioritizes her charitable efforts over her preference to maintain a private lifestyle.

Recently, Tamiko even attended the UN Summit with her billionaire husband to discuss climate change. The philanthropist has been very vocal about her stance on the issue. She regularly donates to charities that are focused on protecting the planet from the dangers of global warming.

The mainstream media only wants to portray Tamiko Bolton as the wife of one of the world’s richest men. Unfortunately, the media avoids telling the public about Tamiko’s successful philanthropic efforts or her heavy involvement with specific charities that are close to her heart. Not only does she do a lot of good for the world, but she is also a successful businesswoman. She would have likely lived a fulfilling life without marrying George Soros.

There is a large age gap between the couple, but that does not automatically make this woman a gold digger. Tamiko Bolton is a multi-faceted human being with so much to offer the world.

10 Ways To Save Money On Dining Out