The ex-wife of a serial killer 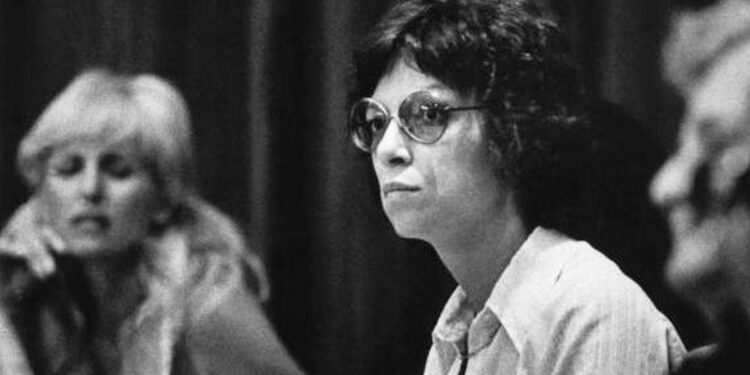 Everybody knows the name, Ted Bundy. He was an infamous serial rapist and serial killer. When discussing true crime, his name is one of the first ones spoken. It is popularly known that those in his personal life did not know of his crimes. On the other hand, Carole Ann Boone is a name brought up far less. She was his co-worker, his friend, his lover, and eventually his wife. Here is everything you need to know about the ex-wife of Ted Bundy, Carole Ann Boone.

Not much is known about Carole’s personal life outside of her time with Ted Bundy. Carole Ann Boone was born in 1947, though no one is completely sure of an exact date. She was born in Olympia, Washington State. Not much is known about her parents or if she has any brothers or sisters as she did not want to bring others into the public light. Carole Ann Boone had a normal childhood on all accounts. She had many interests including track, singing, and tennis.

Carole graduated from high school and it is believed that she graduated from college in 1969. Before she met Ted Bundy she was married to another man who she divorced. She then married a second man. From this second marriage, she had a son before divorcing her husband.

At some point after graduating, Carole Ann Boone began working at the Washington State Department of Emergency Services. While working here, she met her co-worker, Ted Bundy, in the year 1974. When they met, she was going through her second divorce. Ted Bundy was also still seeing Elizabeth Kloepfer. Despite this, Ted Bundy expressed interest in Carole Ann Boone almost immediately. Later she would admit she was also immediately interested, but she kindly denied him. For months, Bundy and Carole Ann Boone were just co-workers and friends.

The two of them met when working together on the search for several missing women in the area. She had no idea about the horrible things he was doing in his spare time. These women were missing because he had murdered them. In 1975, Ted Bundy was arrested for the first time in Utah for the assault and kidnapping of a twelve-year-old girl.  He was convicted on those charges.

Despite this, Carole Ann Boone still believed in his innocence. She wrote him letters and visited him in prison. Two years later in 1977, when he was supposed to be transferred to a different prison, he escaped. Many believe that he did this with help from Carole Ann Boone. He was caught again in Florida after committing more heinous crimes. Carole Ann Boone then moved to Florida to be close to this trial.

Beginning in 1979, Carole Ann Boone would serve as a character witness for Ted Bundy during his Florida trial multiple times. Around this time, Carole began telling Ted Bundy that she wanted to marry him. Ted Bundy was representing himself in this case. In 1980, they became officially married by Florida Law by declaring themselves married in the courtroom in front of the judge for his case. Many wrote this off as an attempt to sway the jury towards liking him more. It clearly did not work as the next day he was sentenced to his third consecutive life sentence. Two years into their marriage, the two had a daughter together.

Contrary to what some people believe, Carole Ann Boone did not suffer from hybristophilia. She was not interested in Ted Bundy due to his criminal nature. In fact, she truly believed that he was completely innocent of all of these crimes. Unfortunately, she was mostly surrounded by others who believed the same. Everyone around her fed into the narrative that there was not enough evidence to blame her beloved husband for these horrible crimes.

In 1986, Carole Ann Boone left her murderous husband. The exact reason for this decision is still unknown. Some believe it was due to a rumored affair he was having. Others think it is because Carole was not legally allowed to visit him anymore. However, most think it is because she finally realized who he really was. He had bargained for a “bones for time” deal. This essentially means he would tell the court where a victim’s body was for more time to live before his execution. This should have struck Carole Ann Boone as odd. How could he enter this deal if he was innocent?

Regardless, after their divorce, It is believed she changed her name and moved somewhere else with her son and daughter. Carole Ann Boone died in 2018. Little is known about her life after Ted Bundy, though that has not stopped internet sleuths from theorizing.

Ted Bundy was a monster. He did unspeakable things to his many victims. Whether or not someone is a true crime junkie it is fairly safe to assume they know a thing or two about this awful serial killer. The part people might not know about is how he manipulated the people in his personal life. It is heartbreaking, but Carole Ann Boone was manipulated by Ted Bundy from the start.

Harold Henthorn Almost Got Away With Murder
Is Margaret Booth (Leslie Grossman) from American Horror Story Based On a Real Person?
Shocking & Interesting Facts About The Marni Yang Case
Why Love Quinn is the Star of Netflix’s “You” Season 2 and 3
Tobin Bell On His Iconic Role of John Kramer In the Jigsaw Movies