All the True Crime Reads and Feels 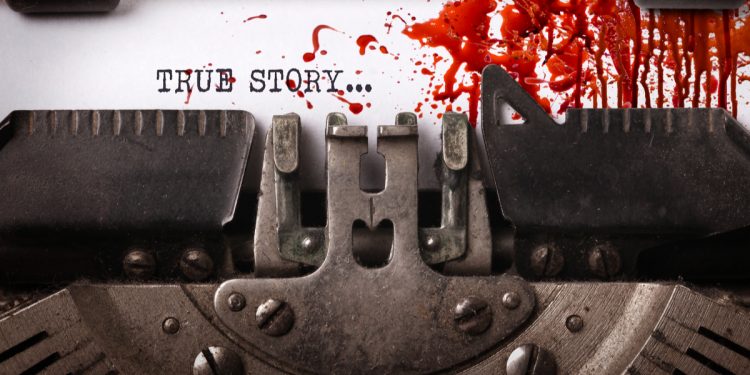 Below are 15 classic and essential books for true crime junkies. An interest in true crime has really blown-up in recent years. True crime junkies are likely familiar with the popular true crime podcasts My Favorite Murder, Criminal, Serial, and Crime Junkie. If you are someone who takes comfort in watching the ID channel or repeats of Unsolved Mysteries, then this list is for you.

Most of us have read Harper Lee’s classic, To Kill a Mockingbird. Harper was an avid crime junkie before it was even a thing. Furious Hours is told in multiple POVs, documentary style. This court room drama is based on the real life case and Harper Lee’s interest and involvement surrounding the crime. Harper Lee had flown down from New York to her hometown of Alabama. She was friends with Truman Capote and was instrumental in his most acclaimed novel.

14. My Friend Anna: The True Story of a Fake Heiresby Rachel DeLoache Williams (2019)

My Friend Anna is super juicy. This is a great, true crime junkie beach read! This story is told by Rachel, a former Vanity Fair photo editor, who got swept up in a friendship with an elaborate con artist. Anna presented herself as German heiress in NYC who then scammed the writer out of more than $62,000. It’s described as Sex and the City meets Catch Me If You Can.

Midnight in the Garden is true crime junkie gold. John Brendt, is a real journalist, who journey way down south to Savannah for the crime of the century. The novel is a real page turner. It showcases an assortment of real-life people who are beloved characters in Savannah like the Lady Chablis ( a transgender woman) and the Georgia Bull Dog. There is a movie adaptation staring Kevin Spacey and it is well worth watching. Plus, some beautiful views of Savannah and its haunts like Mercer House.

Norman Mailer’s classic The Executioner’s Song is a real cinder block, perfect for summer vacations. It won a Pulitzer Prize and is based on the real life events of Gary Gilmore. Gilmore had murdered a bunch of innocent people and faced execution in the state of Utah. The novel adeptly plays with our views and feelings towards capital punishment. There is also a movie adaption starring Tommy Lee Jones.

Venture to Hawaii in the true crime junkie read. Honor Killing. You will learn the story of the Massie Cassie of 1931.

Speaking of capital punishment, for a much shorter read, try Dead Man Walking. Sister Helen Prejean was a nun. The novel is based on Prejean’s work as a spiritual advisor to two inmates on death Row in Angola, the penitentiary system in New Orleans. There is also a movie adaption staring Susan Sarandon and Sean Penn.

If prison life interests you check-out the podcast Ear Hustle.

Ann Rule is a true crime junkie queen. Really, we recommend reading anything by Ann Rule. However, begin with this crazy story of Ann Rule’s real friendship with America’s most heinous serial killers, Ted Bundy. She knew him before his killing spree. They met while working at a suicide crisis hotline center (nuts). The novel shows her anxiety of attributing him to the crimes as they were occurring IRL. There is no shortage of Bundy material. Be sure to catch Zac Efron’s eerily authentic portrayal of Bundy in Extremely Wicked, Shockingly Evil and Vile on Netflix. Link here.

8. Flash Crash: A Trading Savant, a Global Manhunt, and the Most Mysterious Market Crash in History by Liam Vaughan (2020)

New for true crime junkies is Flash Crash detailing the very real financial crash of 2010. It was the fastest market drop in history. This is the account of a trading prodigy who amassed 70 million from his London childhood bedroom. Dev Patel will star in the upcoming film.

Savage Appetites seeks to answer: why many women identify with crime. Monroe crafted four archetypes: the detective, defender, the victim, and the killer. Each comes with their separate stories of crime with ties to the female psyche. You’ll learn about the “Mother of Forensics” and her interesting dollhouses. You’ll also learn about one woman’s interest in the Sharon Tate murder a teenager obsessed with the Columbine killers. Don’t skip this crime junkie read.

Journalist Ethan Brown sheds light on a sleep Louisiana town and police corruption at its finest. Murder in the Bayou seeks to get justice for the women colloquially known as The Jeff Davis 8. The case remains opened and apparently the stench of corruption goes higher up the the local police. Starz did a great documentary series. It was shot by the same filmmakers of Breaking Bad. It’s real life True Detective; you will be hooked from the get-go.

5. If You Tell: A True Story of Murder, Family Secrets, and the Unbreakable Bond of Sisterhood by Gregg Olsen (2019)

Gregg Olsen is kind of a household name, similar to Ann Rule. This story is based on real life crime. It is the story of three sisters in their surviving of their serial killer mother, based on Michelle ‘Shelly’ Knotek. Link here.

Say Nothing is a bestseller based on a true crime story in Northern Ireland.

You might have heard of the almost female Steve Jobs, Elizabeth Holmes. Bad Blood is the larger than life true account of Holme’s Silicon Valley startup, which was a completely fraudulent. Carreyrou is a WSJ journalist. His writing is highly engaging. HBO has a great doc for this one. Link here.

Michelle McNamara’s I’ll Be Gone in the Dark is one of the best true crime novels to come in years. McNamara,the late wife to comedian Patton Oswald, was an amateur detective. Her novel was completed posthumously by Billy Jenson and helped bring the Golden State Killer to justice. The killer was recently caught on account of familial DNA. (Thanks ancestry.com and other home DNA testing kits.) The six part documentary airs on HBO in June.

In Cold Blood, is one of the most heralded true crime novels of all time. It is an instant classic, based on the real robbing and murder of a farming family in a Holcomb, Kansas in 1959. Capote had an eye for details and a wait of painting a picture; he had detailed what members of the family had on their bedroom night stands. Capote had flown from New York at the time to write his novel. If you are a new true crime junkie, begin with this novel.

How to Effectively Deal with Sexism in Your Workplace