We all loved Brett Dalton on Agents of SHIELD. Check out this article for more information on his emotional good-bye from the show. 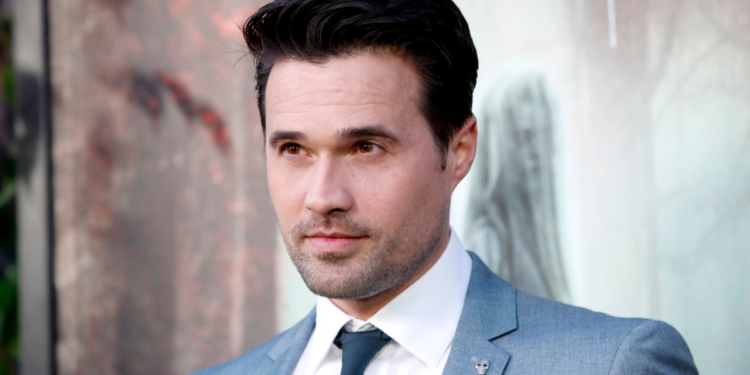 A spin-off from the Marvel Cinematic Universe, MCU, the ABC network series Agents of SHIELD brought the adventures of the large screen heroes and villains to the small screen weekly for seven seasons. Brett Dalton was a series regular for the first few seasons of the hit show, but ultimately it became time to say goodbye to Dalton when his character was finally killed off. Unlike many comic characters, though, Dalton’s character never returned from the dead for the season final. Want to know more about Dalton and how he felt about not returning for the series final? Keep reading below to find out more!

Who is Brett Dalton

Brett Patrick Dalton was born in San Jose, California, on January 7, 1983. The talented actor would first discover his love and passion for acting while auditioning for a part in a high school performance of the Ken Kesey novel One Flew Over the Cuckoo’s Nest at Westmont High School in Campbell, California.

Before stepping into acting full time, Brett Dalton would first pursue higher education. He received an undergraduate degree while attending the University of California, Berkeley. Next, Dalton would attend the Yale School of Drama, where in 2011, he received a Master of Fine Arts degree.

While at the Yale School of Drama, Brett Dalton was not the only talented actor in attendance. Future Academy Award for Best Supporting Actress winner Lupita Nyong’o attended the school at the same time. Not a bad class to be a part of at all!

Brett Dalton currently lives in Los Angeles, California, where he lived with his wife, Melissa Trn, until the pair ultimately divorced in November 2019. Before separating, the couple did have one child, a daughter, who was born sometime in 2012.

Before his covert agent days on Agents of SHIELD, Brett Dalton was busy with a number of large and small screen projects. Some of his more significant film work includes the 2014 film Beside Still Waters and two films in 2017, The Resurrection of Gavin Stone and Lost in Florence.

Working hard, Dalton would appear in several small screen roles during this time period as well. Among his larger projects include appearances in the cop drama Blue Bloods in 2012, Army Wives that same year, and in the film Killing Lincoln in 2013 for National Geographic Television.

Brett Dalton would arguably get his most prominent role to date when in 2012, he received a starring part in Joss Whedon’s new ABC network series Agents of SHIELD. Dalton was part of the main cast for the series first three seasons as SHIELD agent Grant Ward.

During the show’s run, Grant Ward is revealed to be an undercover agent and mole working for the evil HYDRA organization. Eventually, Ward would be found out, and his character was killed off. However, this wasn’t the end of Dalton’s time on Agents of SHIELD.

His Character Come Back

Later on, Brett Dalton and his character would rejoin the series as a host for the Inhuman entity HIVE. However, he would be killed off once more. Dalton’s final appearance came in a virtual reality simulation during season four.

Agents of SHIELD had a strong run before finally being canceled after seven seasons. Brett Dalton was a major player on the series for the better part of four seasons and appeared in 58-episodes.

Not limiting his talents to film and television, Brett Dalton has also appeared in the hit 2015 action survival horror video game Until Dawn as Michael Munroe. For his work on the game, Dalton would be nominated by the National Academy of Video Game Trade Reviewers Award for Best Supporting Role in a Drama.

Saying Good-Bye to Agents of SHIELD

Unfortunately, for Brett Dalton, his character on Agents of SHIELD was only able to defy death once. While Dalton was hopeful and willing, the creatives at the series opted not to revive the SHIELD/HYDRA agent Grant Ward for a second time. However, the character would get a mention during the show’s final season, that’s something, I guess.

Although he was hopeful, Dalton did let out a little of his disappointment about not being asked back. He is quoted as saying this;

“I was watching too, thinking, ‘I dunno, maybe they filmed something in secret and will pull up some old footage of me from when I was there!’  No, sadly, I was never asked, and I’m trying not to be sad about it, though I am a little bit.”

Showing grace and class, a rare commodity today, Brett Dalton continued to speak well of his time on the show and remained extremely grateful for that time!

“It’s okay…I still love them. Because of that show, I moved to LA, and they were the first friends and real family here, and I’ll forever be grateful for that.”

Brett Dalton may have been bummed about not returning for the Agents of SHIELD’s final season, but that hasn’t stopped him from remaining busy! New roles keep coming in for the talented actor, and if he keeps the same humble and classy attitude he has shown in the past, there is no end in sight to his fantastic career!

The Hottest Sitcom Actors Around – Ranked

How Perry Mattfeld Got Ready to Play a Blind Person for Her Role In the Dark?

What We Can Learn from Sara Molina's Brazillian Butt Lift Problems