Everything We Know About Nick Stahl’s Methamphetamine Addiction

Nick Stahl has come back sober and healthier after a long break. Here's everything you need to know about his long battle with addiction. 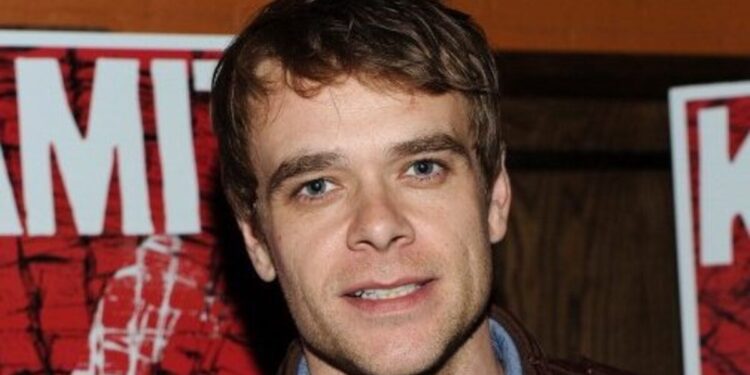 Nick Stahl, aka. Nicolas Kent Stahl rose to fame as a child actor in the 1993 Mel Gibson movie,The Man Without a Face.However, the American actor is believed to be struck by the ‘John Connor curse’ based on his onscreen role inTerminator 3: Rise of the Machines!

Despite his high-profile role and breakthrough performances, the actor’s career dried up when he failed to secure movie roles in Hollywood. The actor opened up about his struggles in the industry in a 2008 interview before he started hitting the headlines for the wrong reasons!

What Is the ‘Terminator Curse?’

Needless to say, many child actors and stars fall prey to this problem because of their troubled past, inability to deal with rejections, and inability to handle fame. In the United States, at least one in 25 adolescent people suffers from substance use disorder.

Being a socially anxious kid, Nick Stahl started getting more comfortable playing the characters in front of the camera. As he left school to travel for films, he never had had a social group to hang out with. He felt like an outsider in the groups, in desperate need of a friend. Stahl’s quick claim to fame turned him unidirectional in life, which led him to the dark alleys like many of his onscreen characters, including John Connor.

The Carnivale actor has been acting since he was a four-year-old! But, he didn’t hit the tabloid until January 2012, when he was arrested over an unpaid cab fare. As a teenager, Stahl, who has struggled with his alcohol and drug addiction, was also reported missing twice by his wife, Rose Murphy Stahl. At that point, his wife was worried that he might already be dead from overdosing. His former spouse reportedly admitted that the actor scored drugs from Los Angeles’s infamous Skid Row.

The couple separated, and Stah’s wife requested full custody of their daughter Marla. The Sin City actor was only allowed to visit Marla if he tested negative for alcohol, marijuana, or cocaine. The same year, Nick Stahl was also arrested for his involvement in an adult movie theater.

Since then, the actor has been in and out of rehabs. In 2013, the Bully actor was arrested from a Hollywood motel on suspicion of using methamphetamines.

After a break, Stahl again hit the headlines in 2015 for secretly checking into rehab after he completed a full program of 90-days at a Los Angeles treatment center. According to Radar, Stahl left the rehab healthy and sober. He was well aware of the 12 steps of the program and was living clean until a relapse. After that, he checked himself into a new rehab in Dallas.

Nick Stahl took a break from his acting career and moved to Texas to cope with the situation. After leaving Hollywood, Nick Stahl started working at his friend’s roofing company, a coffee shop, and a food delivery boy in Dallas. The actor admitted that as an adult, he lacked basic life skills. So, he focused more on other areas of life. With time, he started missing acting in films, and he decided to come back.

In an interview with Daily Beast, Stahl admitted that focusing on other areas of life has helped him deal with rejections.

In a recent interview, the 41-year old actor admitted that fatherhood and raising his daughter Marlo had played a vital role in breaking his cycle of addiction. Stahl said that one of the primary purposes of his life is to be the best father.

Even as an addict, he never cared any less for his daughter. As a child actor, he developed a toxic relationship with the film business industry, and at times his ego was validated for the wrong reasons. He was going through a difficult phase, and his troubled mental state pushed him repeatedly into the cycle.

It was his inability to provide Marlo the care she needed that helped him to fight back. He considers parenting a gift and therefore acknowledges it to be a significant part of his life.

In 2020, Nick Stahl returned to Hollywood with a thriller, Hunter Hunter. Nick Stahl is eager to revive his Hollywood career on the work front and is grateful for the acting opportunities. But, this time, he’s focusing a lot on writing and spending more time with his friends, family, and daughter.

Where Are the Kids from The Original Jurassic Park Now? (Including Joseph Mazzello)

7 Pairs of Luxurious Fendi Sunglasses In Different Styles and Looks