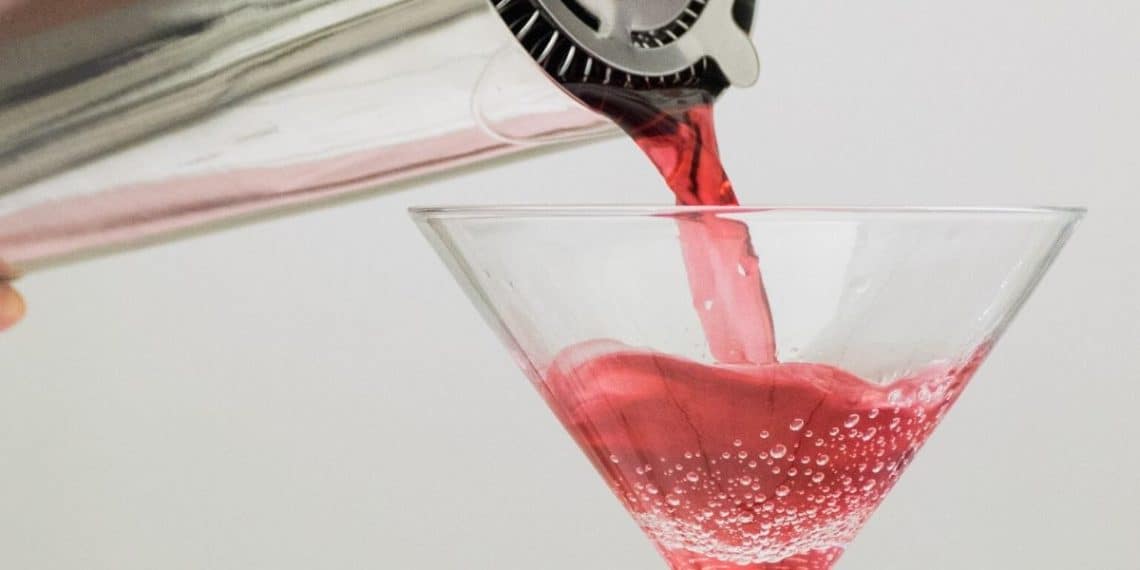 Vodka mixed drinks make some of the most popular cocktails. It is the perfect spirit because it pairs well with practically anything from sweet to spicy. Vodka in mixed drinks is tasteless and odorless. Also, vodka is relatively low in sugar and calories (not that we’re counting). As a rule of thumb, it is sometimes better to splurge on a better-quality vodka even if its costs more. Trust us, the worst hangovers occur from drinking cheap alcohol.

Below are 9 mixed drinks with vodka that are perfect your next Netflix binge or soirée. Don’t worry we have excluded vodka tonics. (We are not that basic.)

Is it true that if you say “Bloody Mary” in front of a mirror three times in a dark room, a tomato juiced cocktail will magically appear? Sadly no, that lore comes from a different kind of bloody Mary if anyone remembers that episode on the show Supernatural (yikes).  This savory cocktail is the perfect recipe for any hangover and the perfect addition to Sunday brunch.  The fixings are loosely listed below. Don’t forget to serve on the rocks. Best drunk out on a porch swing on a hot day. (Hey y’all.)  Get creative with your garnishes like celery, olives, pickles, and even bacon!

2 to 3 dashes of Worcestershire Sauce

White Russians at one time were my go-to mixed vodka drink.  Who doesn’t enjoy a good coffee and booze combo?  Fun tip: be careful ordering at the bar. Bartenders if they have any milk or cream will sometimes use expired milk if white Russians are not frequently requested.  I like to make mine frozen in the blender. You can free the vodka and liqueur into cubes and all you must do is add milk and press blend.

Moscow Mules are having a moment here in NYC.  Check-out our article on fishbowl drinks in NYC.  At PHD Terrace, you can order a 164-ounce mule and share with friends!  Mix the ingredients in a copper mug or a highball glass with ice and garnish with a lime wedge.

Who hasn’t heard of this vodka mixed drink? The screwdriver is an old faithful cocktail made with basically what you already have in your fridge.  It’s one-part vodka and two parts orange juice.  Bonus points, if you use freshly squeezed juice. There are some cocktail embellishments. For example, “Burning Screwdriver” is one-part Fireball and four parts orange juice.  I’m an American, so I would say it is best served with ice.

A martini is typically made with gin, but the apple martini is a fun mixed drink with vodka.  The drink was originally called Adam’s Apple Martini because the drink was fashioned by a bartender name Adam in West Hollywood (super meta).  Mix in a shaker and serve in a chilled glass, hopefully a martini glass if you have guests.  Garnish with a green apple slice.

The most popular mixed drink on Sex and the City was made with vodka.  The show put cosmopolitans on the map, the way Mad Men popularize old fashioneds. Props to anyone who can drink like Don Draper, those are some packed punches.  Cosmos are mixed in a shaker and then double-strained. Served without ice and garnished with a lime.

Salty dogs are traditionally made with gin but can be a mixed drink substituted with vodka. The salt on the glass distinguishes it from a greyhound cocktail. Interestingly, this drink that you might have never heard of until present, dates back to the 1920s. Shake up and serve in an ice-less highball with salt.  Add a stick of rosemary for a rosemary salty dog. The aromas are great.

9 Things People Love About the Real Housewives of Orange County