Check out these best seven films of Ana de Armas, even if you are not a fan! 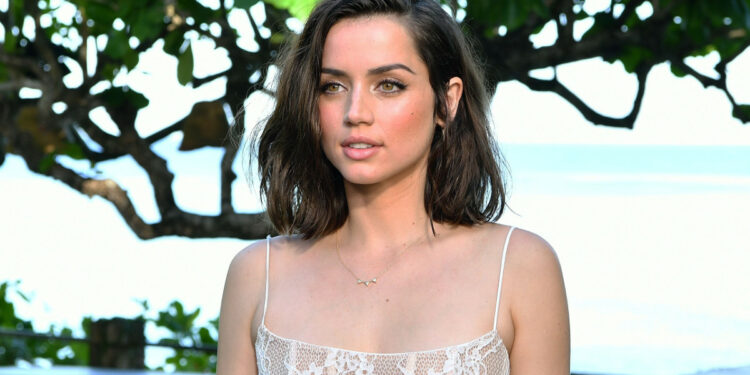 In the 21st century, Ana de Armas, aka. Ana Celia de Armas Caso is a leading star. The Cuban-Spanish actress studied acting at the age of at the National Theater School of Cuba. When she was 18, she got the chance of a breakthrough role in Una Rosa De Francia. Since then, Ana De Armas has never looked back and continued her acting career in film and television.

Aramas has been a part of several popular films. Some of them are War Dogs, Knock Knock, Hands of Stone, Blade Runner 2049, etc. In this post, we will draw your attention to the seven best films of Ana De Armas.

In our list of the seven best films of Armas Case, Sergio comes first. This film was released in 2020, when Ana De Armas co-starred with Wagner Moura. The story’s plot revolves around a UN diplomat who engages in the most treacherous mission of his career. In this movie, Ana De Armas’ performance was the main highlight.

Sergio is mainly a biopic on Vieira de Mello, directed by Greg Barker. In the film, Armas plays the role of Carolina Larrier, while Wagner Moura plays Vieira de Mello. The film garnered appraisals for the perfect chemistry between Ana De Armas and Wagner Moura. Her performance was commendable.

This sci-fi film is one of the best hits of Armas. Blade Runner 2049 got released in 2017 and still holds an 8.0 rating on IMDB. Ana De Armas has outperformed herself in this film, as she played the lead role of the artificial intelligence.

Blade Runner 2049 won two Academy Awards and three other nominations. If you prefer dramatic and sci-fi entertainment, you cannot miss out on this film!

War Dogs was released in 2016. The film holds a 7.1 rating on IMDB and is a biography crime-comedy. This plot was inspired by the real story of two young men who won a 300-million dollar contract from the Pentagon. They used to provide arms to America’s allies in Afghanistan. The film conveys an incredible tale of life and greed.

In War Dogs Armas Case played the role of the wife of one of these men. Her acting performance is commendable.

Wasp Network is a 2019 film that got quite popular for the story. The film currently holds a rating of 5.5 on IMDB. It is one of the best thriller films where Ana De Armas has played the lead role. Wagner Moura and Penelope Cruz were also a part of the cast.

Wasp Network is about the story of five Cuban political prisoners imprisoned by the U.S. for the charge of murder and espionage. The prisoners got trapped in the 1990s. In this film, Armas played the role of the wife of a handsome Cuban defector.

Overdrive is a 2017 release that holds a rating of 5.4 on IMDB. It is an action thriller about two car thieves. The thieves are two brothers who want to move to France. Gradually they meet the local crime boss.

In this film, Armas is the leading female character. She delivered her best performance in this adventure drama.If you are not yet a fan of Ana De Armas, you must watch Overdrive.

In Yesterday, Armas played the significant character of Roxanne. The film got released in 2019 and is quite a popular movie for Armas. In this film, Ana De Armas becomes an obstacle to the couple, Ellie and Jack.

No Time To Die

No Time To Die is a fantastic James Bond franchise! Sadly Armas didn’t manage to earn the craze for her acting in this film. But, her overall appearance and screen presence deserve a mention.
In No Time To Die, she plays a trainee agent who joined Daniel Craig on a special mission.

A Glance Through the Personal Life of Ana de Armas

Ana de Armas was born in Santa Cruz del Norte, Cuba, on April, 30, 1988. She was the daughter of a human resource worker and a teacher.

Before moving to Holywood, Ana De Armas started her acting career in Spain. After Una Rosa De Francia, she earned a role in the TV series El Internado, which continued from 2007 to 2010. Initially, Armas wasn’t proficient with the English language. However, within four months, she mastered the language as she thought her career depended on this language.

At the age of 25, Ana de Armas moved from Spain and started her acting career in Hollywood. In the beginning, she failed to decode the meaning of anything she uttered during the performance. Soon she realized the importance of mastering the foreign language and stepped out of her comfort zones to perform better. At present, she is one of the best actresses in Hollywood!

Lea Seydoux: The Bond Girl and The Talented Actress of French Cinema

The Best Makeup & Accessories To Wear With A Rose Gold Dress