Everything you need to know about Pedro, the man who rules Mexican cinema. 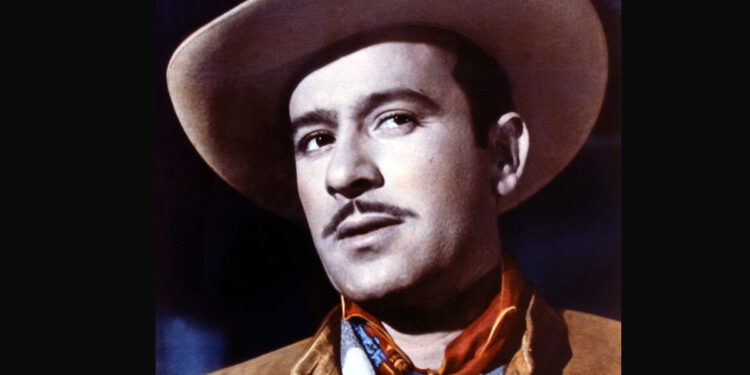 Pedro Infante Cruz was a Mexican actor, a singer who was the most popular icon of the golden age of Mexican cinema. This quintessential idol was a very famous artist in Mexico. Pedro Infante had huge fan followers throughout the world. Besides being a fantastic actor, his vocalist skills made people obsessed with him. “Immortal Idol” was the nickname given to Pedro Infante. Till now nobody surpassed this title. Let us look at the interesting life of Pedro Infante.

Pedro Infante was born on 18th November 1917 in Sinaloa. At the age of 4, he had to move to Guamúchil. He had humble origins. His father made him work as a farmer. Pedro Infante had a keen interest in carpentry and he excelled in cabinet making. He quickly rose among the pawns. Pedro Infante’s father was a music teacher. He got knowledge of instrumental training from his father. At 16, he formed a ranchera group called “La Rabia“. From this group, he started stepping into a music career. Ranchera group started gaining local fame in Sinaloa.

See also: Cindy Gruden: Everything You Need to Know about Jon Gruden’s Wife

At age of 19, he had his first daughter named Guadalupe Infante. However, his courtship was not known. Later he married María Luisa Leon who was 10 years older than him.  After Guadalupe, he had 4 more children born out of wedlock. Dora Luisa his niece was also adopted by him. But thanks to his wife Maria Luisa who envisioned Pedro’s career in music. His popularity started gaining momentum when he jumped from local radio to Sinaloa XEBL. “El Soldado Razo” was his first musical recording that was relased in 1943. Soon he would be broadcasting his voice on radio channels. This started giving him fame.

His cinematographic career has spanned across decades giving blockbuster films. He acted in more than 60 films.

“His acting career took off thanks to the director Ismael Rodríguez. His work forged his own personality. It was also in Rodríguez’s films, that he met Blanca Estela Pavón, his female counterpart in cinema”.

He climbed the ladder of success by acting in trilogy films like Ustedes Los Ricos, Nosotros Los Pobres, and Pepe El Toro. His phenomenal acting resembled characters of rural origin. His characters were based on the social life of Mexican city and the audience connected with him. Slowly his film characters shifted to other sectors like religious life. His other cinematography were Los tres García (1946), Los tres huastecos (1948), A toda máquina (1951) and Tizoc (1956).  By the 1950’s Pedro Infante was an international star who was known worldwide for his fantastic performances.

Pedro is an iconic singer of ranchera music. According to Wikipedia, he became a national icon of Mexican music. He became a sensational icon making songs like Amorcito Corazón (approximately My Little Love, Sweetheart). Te Quiero Así (I Love You Like This) was one of the major hits. La Que Se Fue (She Who Left), Corazón (Heart), El Durazno (The Peach), Dulce Patria (Sweet Fatherland). Maldita Sea Mi Suerte (Cursed Be My Luck), Así Es La Vida (Life Is Like This).

Aviation was another Infante’s hobby. He died on April 15th, 1957 in a plane crash. This shocked the Mexican nation. Previously he had survived two plane crashes. According to Wilbert Alonzo-Cabrera, his biographer, the actor was co-piloting a Consolidated B-24D. It had been converted from heavy bomber to freighter in San Diego, California. On the day of the crash, he was on his way to Mexico City from Mérida. He was traveling to challenge the ruling that annulled his marriage with Irma Dorantes. The air traffic controller, Carmen León, was the last person to hear Infante’s voice. The plane crashed five minutes after taking off from Mérida, in southeast Mexico.

In 2017, Google Doodle made him appear in the slideshow on his birthday. His popularity started increasing after his death. According to some sources, his death is still surrounded by mystery. There were make fake rumors circulated in media bout his death. His family and fans continue to mourn and remember this legendary icon.

Rob Minkoff: The Incredible Filmmaker Who Co-Directed The Lion King and Stuart Little

Mavis Leno: Everything You Need to Know About Jay Leno’s Wife