Hollywood finally cast women of color as leads in films this year and we couldn't be happier! 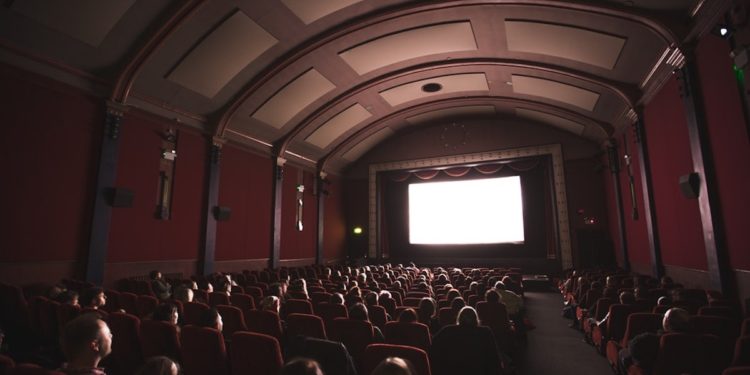 I don’t know about you, but I’m relieved that 2018 is nearing an end. However, the thing that gives me hope is the fact that this year hailed so many badass women of color both in Congress and on the screen. We hope that those films will continue the efforts to make the Oscars Academy Awards much more diverse for years to come. Here are 13 reasons why women of color should have more leading roles in the coming years.

Scientist. Warrior. Queen Mother. Those are just a few job titles for the women in this movie. Angela Bassett plays T’Challa/Black Panther’s mother, Queen Mother Ramonda. Danai Gurira is Okoye, the head of a special forces unit called the Dora Milage. Oscar-winner Lupita Nyong’o is Nakia, a spy, and newcomer Letitia Wright is Shuri, the second in line to the throne behind T’Challa and the top scientist in Wakanda. Black Panther is the first Marvel movie where women, let alone women of color, upstaged their male counterparts.

When 16-year-old Starr Carter, played by Amandla Stenberg, witnesses a police officer shooting her friend Khalil at point-blank range. By this stage, Starr’s father has already given her ‘The Talk’, the time-honored ritual where African-American parents instruct their children how to behave if stopped by the police: be polite, stay calm, put your hands where they can see them. When their car is pulled over, Starr follows the drill. Khalil reaches for a hairbrush. The police officer thinks it’s a gun. Starr does everything in her power to get justice for her friend.

3. To All The Boys I’ve Loved Before

To All the Boys I’ve Loved Before has been celebrated as the first mainstream teen romance to feature an Asian-American lead. The Netflix comedy revolves around Lara Jean Song-Covey, a Korean-American teenager whose life is turned upside down when her secret love letters are mysteriously posted to their subjects. However, the film does not make Lara Jean’s ethnicity a focus or even a plot point; it’s just a backdrop.

In Widows, the wives of four armed robbers who died in a botched heist are left with nothing but debt after their husbands failed their last mission. Struggling to make ends meet on their own in Chicago, they decide to join up and finish the job themselves. Viola Davis, Elizabeth Debicki, Michelle Rodriguez, and Cynthia Erivo star as the widows in question.

Crazy Rich Asians is the first all Asian cast film to hit Hollywood in 25 years. The film, an adaptation of the novel of the same name, stars Constance Wu as Rachel Chu, an American-born Chinese woman who through her Singaporean boyfriend is introduced to the over-the-top extravagance that colors the lives of Asia’s wealthiest families.

Tired of waiting for her longtime boyfriend (Ricky Whittle) to propose, Venus Johnson (Sanaa Lathan) breaks up with him, but old feelings and heaps of jealousy arise when he promptly begins dating another woman.

Hidden Figures star Taraji P. Henson is taking a major turn in “Proud Mary,” in which she plays a skilled hitwoman for the Boston mob. Henson’s titular character becomes compromised when she encounters a young boy who brings out a maternal side in her that she didn’t even know she had.

Palestinian filmmaker Maysaloun Hamoud’s highly-anticipated feature directorial debut In Between centers on three young Palestinian women (Mouna Hawa, Sana Jammelieh, and Shaden Kanboura) sharing an apartment in Tel Aviv. In their daily lives, the trio struggles with the complexities of their identities in the context of the culture in their city and the underground scenes which they call home.

Featuring an all-star cast of leading ladies including Sandra Bullock, Cate Blanchett, Anne Hathaway, and Rihanna, the women of this film bring together their particular skill sets to pull off an impossible heist at the Metropolitan Museum of Art during its celebrated annual gala.

Oscar nominee Ava DuVernay became the first woman of color to direct a live-action film with a production budget over $100 million. The film adaption of the popular children’s book follows a 12-year-old girl named Meg (Storm Reid) who saves the universe by way of a wild adventure through space and time. Oprah Winfrey, Reese Witherspoon, Mindy Kaling, and Gugu Mbatha-Raw were also in the film.

This film is an adaptation of Alexandra Bracken’s popular young adult book series of the same name. It takes place in a dystopian world where teens develop superpowers and are herded up into camps, with one extraordinary young girl making a stand against the status quo. The talented and diverse young cast nailed it. Led by breakout Amandla Stenberg, who was also the star of The Hate U Give.

Matangi/Maya/M.I.A. takes two decades worth of footage to create a portrait of the refugee turned pop singer. A Sri Lankan-born daughter of a Tamil leader, M.I.A. took refuge in the UK after leaving the house where she grew up. She uses her rap music to bring attention to the plight of the Tamils and is lambasted in the media across the globe for being political. But, she is political and is told she can’t have it both ways, which is what rapper and activist wants.

When Sandi Tan was 18, she and her friends tried to make their dreams come true. The aspiring filmmakers made a movie together. Also called Shirkers, the project was filmed in Singapore in ’92 and starred Tan as a teen murderer. While shooting the original Shirkers, Tan became best friends with her director, who shocked her and the rest of the crew when he disappeared — and took all of Shirkers footage with him. This documentary follows Tan and her collaborators revisiting the making of the original Shirkers, and candidly discussing how filming the movie — and dealing with the trauma of it going missing — affected their relationships with each other and their trajectories in life.