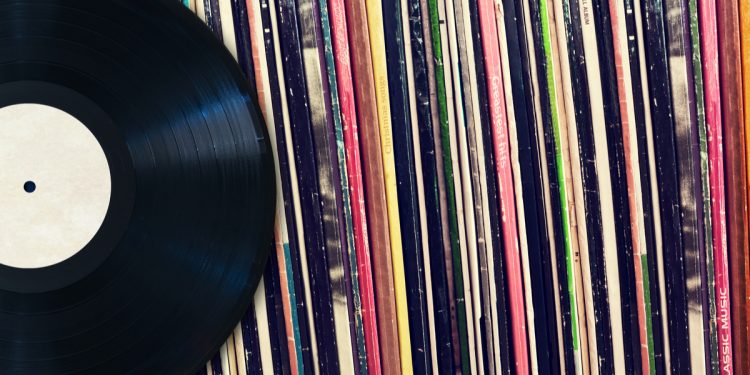 If you’re like me and you need a soundtrack to your summer, then look no further! Whether you’re into the rock and roll vibes that The Strokes have to offer or the pop star that is Lady Gaga, you’re in luck because there has been such great new music lately!!

So much music has dropped either right before or all throughout quarantine and now that summer is just around the corner, it’s time to give them a listen! Disclaimer, these are all just my general opinions on each of the albums and why they are so great! Kick back by the pool, grab a drink, and enjoy jam out!

It has been 4 years since Lady Gaga has dropped a solo album (not including the soundtrack to A Star Is Born). As a result, the expectations of her fans of the star’s sixth album were sky high.

However, I think it’s safe to say that this release was a huge success on her part! With features from iconic stars like Ariana Grande and BLACKPINK, it seems as though she knew exactly what her Little Monsters wanted!

It seems as though this album has a song that can be a favorite for any age group! Dance with your friends to Free Woman or enjoy a nice drive listening to the string arrangement that is A Sine From Above. You won’t regret giving this album a listen. In fact, we guarantee it will be on repeat!

On a somewhat different spectrum compared to Lady Gaga is The 1975. If you’re unfamiliar with the group, then strap in, because you’re about to be hooked! The 1975 is an English pop-rock group and this album is their fourth studio album!

Giving the fans hints of the album with singles such as “The Birthday Party” and “If You’re Too Shy (Let Me Know)” over a nine-month period, I think it’s safe to say they had a lot of buildup with this one! And rightfully so.

This album has classic 1975 instrumental tracks as well as their usual 80’s vibe pop tunes. One thing that struck differently, however, was the feature on the album, (with Phoebe Bridgers on “Jesus Christ 2005 God Bless America“) which is rare in any case with The 1975. One of my favorite things about The 1975 is their ability for their tracks to be so versatile yet sound so fluid at the same time!

3) After Hours by The Weeknd

Again, this album was one of those cases where the expectations were pretty high. Abel AKA The Weeknd hadn’t dropped a solo album for his fans since 2016. And once again, he did nothing but impress with this fourth studio album!

Starting off singles such as “Blinding Lights,” “In Your Eyes” and “Heartless,” it was clear that The Weekend was not here to mess around with his new music! Although The Weeknd might have previously soundtrack your summer with “I Feel It Coming” and “Can’t Feel My Face,” he’s back and better than ever!

4) The Slow Rush by Tame Impala

If there’s one thing that I have to say about Tame Impala, it’s that their music just makes you feel good! With psychedelics sounds led by none other than multi-instrumentalist Kevin Parker, it’s the perfect music to enjoy while driving around at sunset!

It had been a little bit since Tame Impala had released some new music and about 5 years since their previous studio album Currents. The Slow Rush was released on Valentine’s Day of 2020! Featuring the singles “Borderline” and “Patience,” it’s the perfect feel good vibes you need for summer!

Dua Lipa is back and better than ever. Although she had been featured on a couple of hit songs like “One Kiss” with Calvin Harris, it has been about 3 years since her debut self-titled album dropped! Her new music is full of songs to dance to this summer!

Featuring songwriting from none other than singers Tove Lo and Julia Michaels, the new album Future Nostalgia is filled with bop after bop! In fact, the album (rightfully) received places on ranked albums from outlets like Variety, Billboard, and Rolling Stone! All hail, Queen Lipa!

6) The New Abnormal by The Strokes

Yup, you read that right! The Strokes have released a new music! If you’re a fan of the band then you know just how big of a deal this really is! Although The Strokes have been around since 2001, it’s a rarity when they’re seen back together and releasing music again! Since they’ve started the band almost 20 years ago, all of the band members have gone off and done solo projects.

However, that doesn’t mean they don’t have time for each other! The band dropped The New Abnormal in April of 2020 in hopes of making their fans happy and boy did they deliver! With lead singles “At the Door,” “Bad Decisions” and “Brooklyn Bridge to Chorus,” The Strokes prove they are just as good, if not better, after all these years!

I decided to save one of the best albums for last. The reason I chose to do so is whenever I listen to Kygo, I really feel like summer is in the air! Kygo specializes in Tropical House, which makes it the perfect time to be blasting his tunes!

Golden Hour is only the artists third studio album, following Kids In Love in 2017. The album has so many amazing features with some brilliant artists! This includes OneRepublic, Kim Petras and Oh Wonder to name a few! Make sure to stream it no because we know you’ll be adding some songs to your summer playlist!