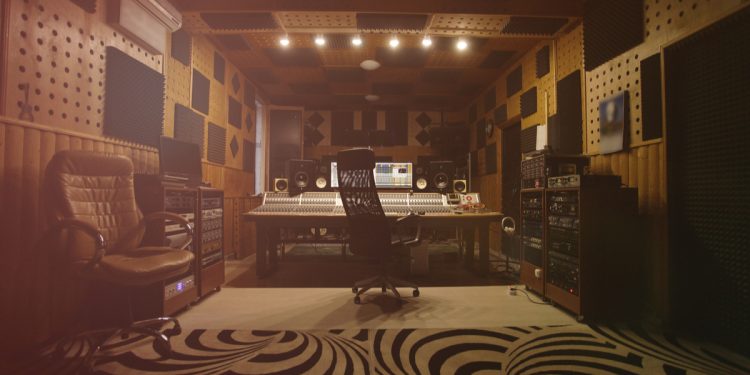 New York is one of the cultural epicenters of the world. People from all walks of life come together in one place and everything just seems to work out! As a result of this, the city has become of those places where culture was born. With New York recording studios, restaurants, and cafes, and more!

One of the most historical recording studios is Electric Lady Studios. It is located in Greenwich Village in downtown New York City. It holds some of the richest histories in the music industry! Since its founding in 1970 by Jimmy Hendrix, it has become one of the most legendary recording spots in New York!

Designed by John Storyk, the studio once was a nightclub before they began renovating it into the studio. One of the coolest things about this studio was its drug-free environment. This allowed for a professional workspace, making it easier for Hendrix and other artists to focus on recording.

Electic Lady Studios essentially looks like a time machine coming to you straight from the 1970s. Complete with psychedelic murals on the walls hanging lights. This studio was designed specifically for Hendrix by Storyk. Unfortunately, he was only able to utilize the space for about 10 weeks before his tragic death.

However, the studio still lives on! Artists such as Lana del Rey and Lady Gaga have utilized the studio to make their own records! In fact, throughout the 1970s iconic artists ranging from Stevie Wonder to Led Zeppelin made use of the legendary studio and it still stands strong today!

Another well-known recording studio that was located in New York City was Associated Recording Studios. The studio was originally in the music district of Manhattan. Originally located on Broadway during its opening in 1946, the studio later moved locations to 7th and 48th in 1961.

Although it is not longer standing, Associated Recorded Studios was once one of the most major independent recording studios in the entire city! So many artists in different genres such as pop, jazz, and broadway. Some notable artists include Ike & Tina Turner, Barry Manilow, Neil Diamond, and the Four Seasons to name just a few! And the list goes on!

Unfortunately, however, the studio is not currently standing today. During the 1970s and 1980s, there was such a rapid change in technology, which inevitably impacted the music industry. Due to this change, Associated was forced to shut down in 1995, however, the legacy still lives on in the music that it’s helped to make!

Aura Sonic may be one of the stranger and more unique New York recording studios. The reason for this is because of its unique structure that utilized mobile recording units for artists to record their music! Based in Queens, New York, Aura Sonic was founded in 1977 by recording engineer and producer Steve Remote.

Remote wanted to be able to offer the client the ability to come to them rather than them coming to the studio! The studio had a selection of mobile units, which were really just modified cars with recording studios put inside. The studio has had a total of 7 mobile units, with 3 of them still running in present day! The company has had a wide variety of legendary artists utilizing the mobile units throughout the years.

In fact, the first-ever unit by the company (entitled Bunker) was used by The Rolling Stones, The Police, Jerry Lee Lewis, and The Ramones back in the day! More recently, artists such as The Lumineers, Red Hot Chili Peppers, and Alabama Shakes have made use of the equipment. It is no doubt that this company and the mobile units have held a legendary spot in the New York recording studios industry.

After founder Eddie Korvin met John Storyk, who, as we just discussed, designed Electric Lady Studios, he asked him to design a 3-floor recording studio. It was located on Greene Street, in Soho, Manhattan. Blue Rock was specifically a 16 and 24 track recording studio.

Famous recording artists like Bob Dylan, The Kinks, U2, The Talking Heads and Steve Lacy all used to record music at Blue Rock! Despite the fact that the studio was sold in 1986 and was shut down after that, it still marks an important historical point in music history.

Last on the list of some of the most iconic New York recording studios is BANG. BANG is a music and audio post company that is based in New York City. Since its founding in 1989, it still stands today.

With the housing originally located in Calliope Studios, a notorious hip-hop recording facility. However, in 1993, they left Calliope and started their own two-floor studio located in the Flat Iron District.

BANG has a had a notorious amount of work with famous artists. Joining with Spotify in 2012, BANG has helped record music from hundreds of artists including Jason Derulo, Kendrick Lamar and Metallica! Although it is a bit more modern that the studios on the rest of the lest, it is just as legendary!