Sojourner Truth, Elizabeth Cady Stanton, and Susan B. Anthony are featured in the first statue of historical women in CentralPark. 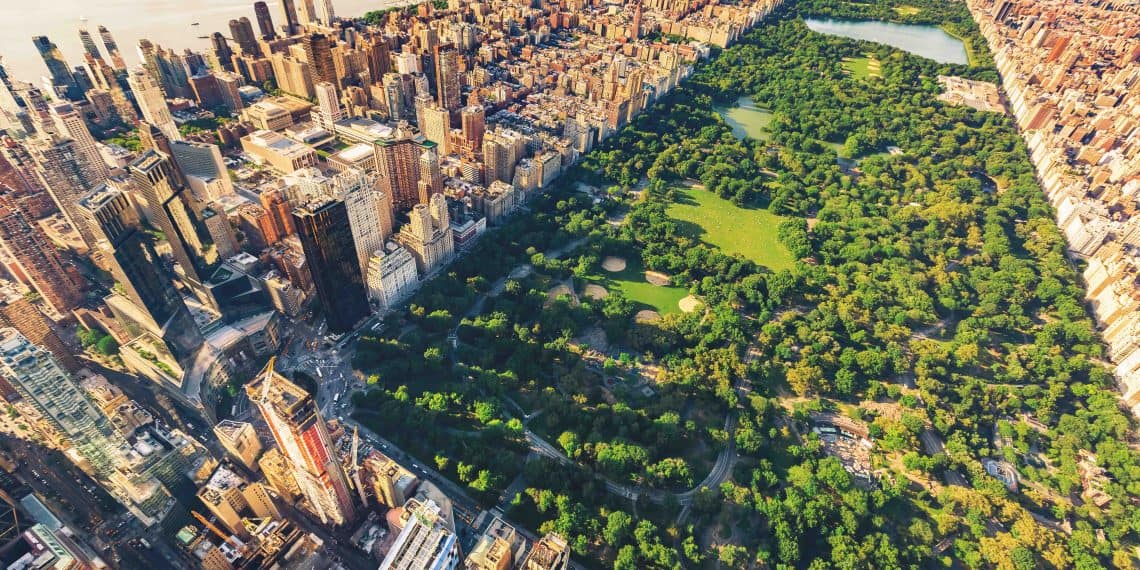 Central Park, while holding many statues of literary giants, fictional characters, and historical figures, does not have a single sculpture of a real woman. Visitors can view Alice from Wonderland-fame, a racist “Indian Hunter” sculpture (it is exactly what it sounds like), and up until April 2018, a monument to Dr. Sims, the equally-racist “father of modern gynecology” who experimented and abused enslaved women. But finally, after more than a century, thanks to the hard work of a women’s rights group, Central Park possesses its first statue of real-life women.

The Monumental Women organization has coined the phrase “breaking the bronze ceiling” to highlight their historic achievement with the new women’s rights statue of Sojourner Truth, Elizabeth Cady Stanton, and Susan B. Anthony in Central Park. Finally, little girls can see themselves in a strong, positive light. Not as a doll-like Victorian storybook character who drinks and eats anything she’s told to without thought.

Finally, little boys can look up and see women as leaders. When we normalize women’s place in society, in history, as shapers of culture, we dismantle patriarchy. We make the world better for boys and girls. This matters because empowered girls and empowered boys can change patriarchal norms, reject gender roles, and create a more loving inclusive world.

Monumental Women chose Sojourner Truth, Elizabeth Cady Stanton, and Susan B. Anthony as the figures for their inaugural statue because together they are abolitionists, suffragists, and women’s rights pioneers. As a bonus, they’re three fabulous New Yorkers.

Part of the inspiration to feature three women in the statue seems to be to get as many women in the park as soon as possible. But also, when talking about the women’s rights movement, there was no singular leader. It was a collective effort between generations of women. Featuring three prominent voices and figureheads is a beautiful representation of sisterhood.

Monumental Women was formed in 2014 with the mission of returning women to the historical narrative and launching an educational campaign. One of their goals was getting the first historical female statue made and installed in Central Park. Central Park has more than forty-two million visitors annually, making it an ideal place to make a statement.

The women’s right organization needed $1.5 million to bring the sculpture to life. Since they’ve been able to execute the first sculpture, the plan is to bring more historical women to life. But that still takes money. Donations can be made on the website.

Another hurdle the women’s right org overcame was the reluctance to install more statues in Central Park. Some claimed the park was too crowded with statues and other installations.

Luckily, Parks Commissioner Mitchell Silver was in favor of the statue as soon as he heard about it. Upon realizing Central Park lacked aspirational women-focused statues, he wanted the project to succeed. Additionally, he wanted to see a Black woman memorialized in the park, he said in an interview with Black News Channel.

Criticisms of the Monument: A White Lens

If a statue with two white women and one Black woman, perpetuating the myth that the suffrage movement was welcoming to women of color, you’re not alone. But it’s not all that surprising when Monumental Women is largely led by white women.

As a country, we are locked in a debate about removing problematic statues that glorify white supremacy and the United States’ racist past. But seemingly a monument dedicated to women’s rights is what protests have been arguing for. Create new art and statues dedicated to marginalized groups. However, this statue enforces dominant ideas about white feminism with Stanton and Cady, while also managing to erase the violence and pain of the suffrage movement. The statue enforces the idea of polite, genteel women gathering and quietly asking for their rights.

Over the years, the design process for the women’s rights monument has undergone style changes. Criticisms about Truth’s portrayal forced the artist and Monumental Women to make changes. In previous versions of the sculpture, Truth was seated further away from the other women, cast to the margins quite literally. In another, her hands were folded, making her a witness instead of a participant in the scene. Even placing Truth as a guest in Stanton’s home diminishes her role as a leader. These are all cringe-worthy errors, helping to remind us that white feminism still excludes women of color in every way.

A group of more than twenty scholars on race and women’s suffrage reached out to Monumental Women, asking them to rethink how they were characterizing the role race played in the suffrage movement. Basically, asking them to be a little less “white feminist” about it all. The organization reportedly defended itself by pointing to the fact Truth was a guest in Stanton’s home in 1867. This answer shows their lack of understanding of the deep-rooted problems with the statue.

Hopefully, it won’t be another 160 years until the next statue of a woman is placed in the park. Monumental Women is working on their Put Her on a Pedestal campaign. Their website highlights other historical women who played their parts in the women’s rights movement.

Some of the women profiled include Mabel Ping-Hua Lee, Nina Otero-Warren, and Sarah Tompkins Garnet. All extraordinary activists and fighters in their own rights.

Hopefully, Monumental Women will succeed, and help bring the lives and achievements of these women into our pop culture. At the same time, they have a responsibility to diversify their board of directors to bring women of color out of the margins of history and without a white lens.