The life and times of the Black trans activist icon Marsha P. “Pay it No Mind” Johnson still resonates today. On August 27, it was announced a statue in her honor would be built in her New Jersey hometown. 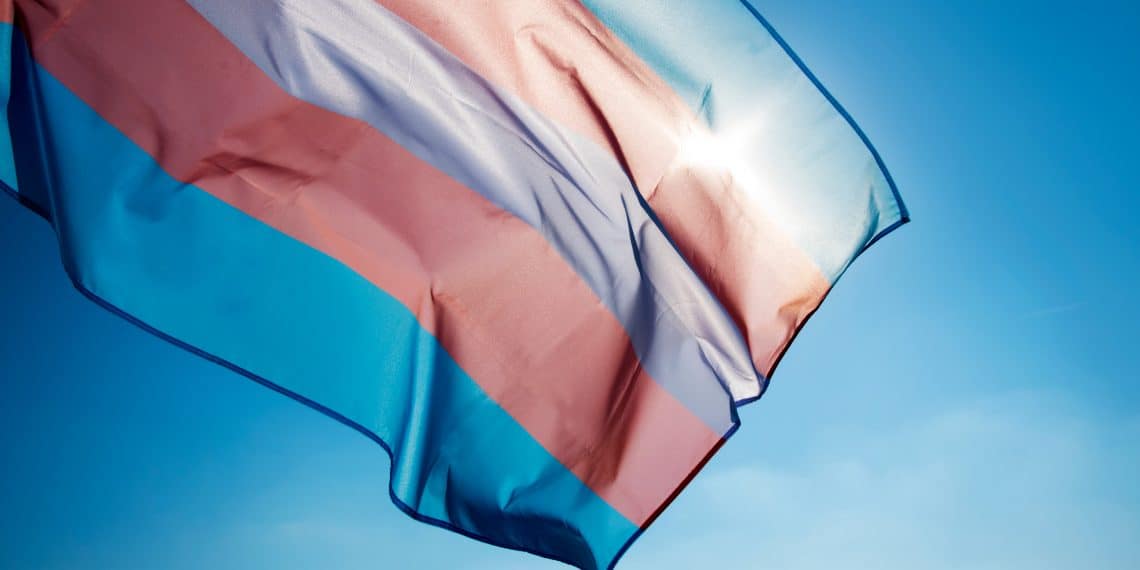 Marsha P. Johnson was a light of power and strength in the trans community during the gay liberation movement in NYC. She was bold, caring, and radiated love and acceptance. A central figure in the Stonewall Riot and the ensuing protests, RuPaul has called Johnson “the true Drag Mother,” ensuring her influence and legacy continues to this day.

Johnson stood for Black lives. She stood for trans lives. She fought against police brutality. Working for equality, she fought for the liberation of oppressed people everywhere. Marsha P. Johnson was fighting the same fights in the 60s, in the 70s, in the 80s, and the 90s. She was fighting the same fights we’re still marching in the streets for today. That is incredibly sad.

“And as far as equality and justice, and Marsha was at the forefront of all that in 1969. Here it is 2020, and we’re in exactly the same place. And Marsha’s spirit has come to guide us through this fight, (like) she did back at Stonewall,” said Johnson’s nephew, speaking during the announcement of the new monument in the activist’s honor. The monument will be the first to honor a queer activist in New Jersey.

It was also just revealed NYC is renaming East River State Park to Marsha P. Johnson State Park. An art installation will also be completed by next year to honor and further Johnson’s work. This is the first state park in NY to honor an LGBTQ hero, just like New Jersey’s monument. While these moves in the tri-state area will bring more awareness to Johnson’s life, there are more trans activists of color deserving of recognition. Some candidates include Miss Major Griffin-Gracy, Sylvia Rivera, and Stormé DeLaverie.

Pay It No Mind

Marsha P. Johnson was born in Elizabeth, New Jersey on August 24, 1945. By the age of five, she was wearing dresses and was the target of bullying and abuse. This caused her to stop, but not forever. After graduating high school, Johnson moved to New York City with fifteen bucks and a dream.

In the city, Johnson connected with fellow queers and was able to come out. She created the name Marsha P. Johnson–the P stood for “pay it no mind.” It was the perfect, carefree response to anyone who questioned her gender.

Marsha P. Johnson was a founding member of the Gay Liberation Front. Along with Sylvia Rivera, they founded Street Transvestite Action Revolutionaries (STAR). STAR provided housing and care for struggling LGBTQ youth. Johnson and Rivera largely funded their organization through sex work, desperate to help as many people as they could, regardless of the risk to themselves.

Johnson made a name for herself as a drag queen. Her career is streaked with legendary moments such as being photographed for artist Andy Warhol, performing with The Hot Peaches in the US and UK, The Cockettes, and The Angels of Light.

Her involvement in the Stonewall Riot is unclear. She has been credited with throwing the first brick or cocktail that started it all, but by Johnson’s own account of the night, she didn’t arrive until after the riot had started. Regardless, the movement has been attributed to her. A new statue of Johnson and her friend Sylvia Rivera will stand outside the inn in NYC in honor of their contributions.

Many images of Johnson show her decked out in flowers. This fashion choice helped shape her image of embodying kindness. In The Death and Life of Marsha P. Johnson, those who knew her discussed Johnson’s giving nature. She frequently gave away things she owned to anyone who needed it, just like her work with STAR. Johnson was always providing for others.

Johnson was tragically found dead on July 6, 1992. The police immediately ruled her death a suicide despite suspicious evidence. Protests erupted in the Greenwich community she called home. Johnson was affectionately known as the Mayor of Christopher Street, where she was beloved by all, and a “hero” of the queer movement (The Death and Life of Marsha P. Washington).

Her friends demanded justice from the police, marching and calling for a full investigation. As a trans woman and a trans woman of color, Johnson’s death was of little interest to the NYPD. Twenty-eight years later, trans people are still under attack, fighting for their rights and their dignity to be protected. Black transgender people are more likely to face fatal violence than other trans people.

In 2020, more than 20 Black trans women have been the victims of murders or suspicious deaths. Trans rights are under assault by the Trump regime. The Department of Housing and Urban Development no longer protects trans people from discrimination in homeless shelters. Furthermore, the Department of Health and Human Services rolled back protections for trans healthcare needs. The Department of Education stated that Title IX means schools must ban transgender students from participating in school sports.

These measures foster transphobia in society. They threaten the wellbeing of struggling trans youth, and even the mental health of older trans adults.

“The numbers tell the story: The United States has more murders of trans people than any other country, save for two: Brazil and Mexico. So far this year, all of the trans women killed in the United States have been women of color, and only one made it past the age of 30. This year isn’t an anomaly either; 2016 and 2017 were the most violent years for LGBTQ people on record.”

That’s just unspeakably depressing and unacceptable. In The Death and Life of Marsha P. Johnson, the documentary noted Johnson’s murder also came during a wave of trans-directed violence in 1992. Instead of the situation getting better, it is only getting worse.

Over the last several years, we have become hyper-aware of police brutality against Black people. This outrage over the needless murder of Black people doesn’t seem to extend to Black trans people, who are also dying in disproportionate numbers. Black trans lives need to be centered in these discussions, as well.

Just like Johnson, too often Black trans women are out there, risking their lives just to live. They are providing for others. They are doing untold amounts of emotional and physical labor in the fight for justice. Their triumphs for the gay liberation movement go largely uncredited. No one is looking out for them, and their murders go unpunished.

Another thing that has stayed the same is the number of trans people involved in sex work and the harsh conditions they face. Nine out of ten transgender people who engage in sex work report being harassed, attacked, sexually assaulted or mistreated in some other way by police. The criminalization of sex work continues to put sex workers at risk, especially trans sex workers.

The police failed Layleen Polanco, who died in Rikers Jail from an epileptic seizure while in solitary confinement. Guards hadn’t checked on her, waited over an hour to call for help, and were caught on camera laughing at her.

The NYPD failed Marsha P. Johnson by ruling her death a suicide instead of investigating. To this day, her case remains unsolved.

What Can You Do?

To help Black trans lives and lives of color, firstly, learn their names.

Lexi — Just in case anyone thinks this does not happen in liberal NYC anymore, Lexi’s murder happened in Harlem in March.

These are just some of the many names.

March and join protesters for trans lives. Donate to bail funds for protesters.

Be an ally and an advocate in your own community. Start conversations with friends and families. Ask your schools what they are doing to foster welcoming communities for trans students. Demand your company hire trans talent, retain trans talent, and advance trans talent through the corporate ladder. Ask how they ensure the safety of trans staff.

Vote for candidates that will extend trans rights and protections. The current administration is doing all that it can to limit them and set this country back. Vote them out. Protect trans lives.

Be there for trans family members when they come out. The Human Rights Campaign Foundation found that a major indicator of a trans person thriving in life all goes back to having family support.

Nostalgia for Millennium Fashion: The Fashion Choices Bringing Back the Early 2000s