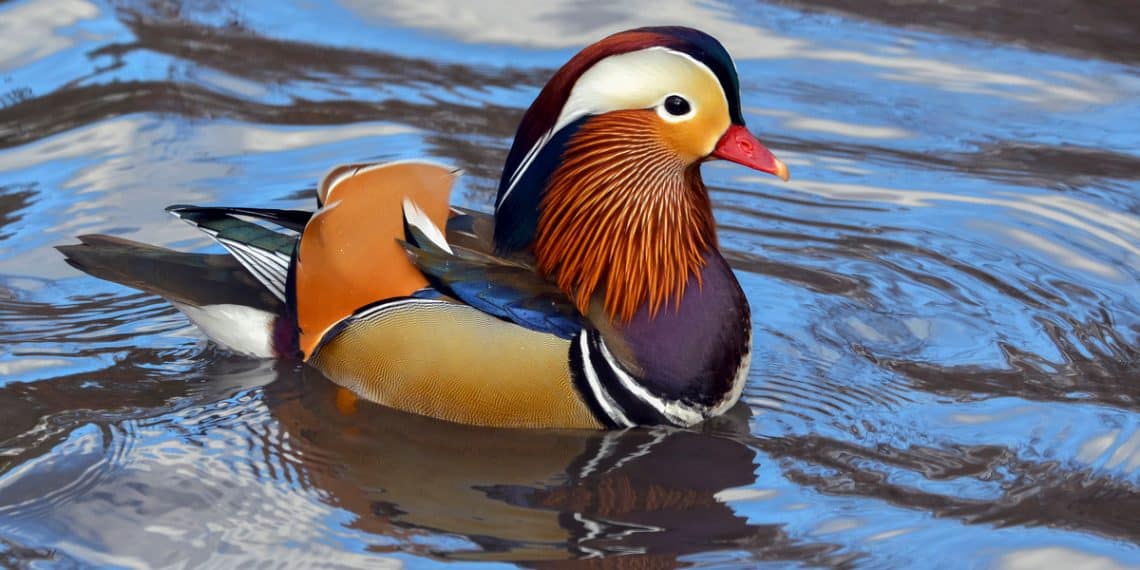 Once upon a time, there was a beautiful duck who found his home in New York City….or something like that!

For those who don’t remember, the Mandarin Duck first made his appearance in October 2018 in Central Park. After being spotted, the distinct rainbow-colored duck immediately dominated the Manhattan Bird Alert Twitter account (yes, it’s a thing). Bird enthusiasts flocked to The Pond to catch a glimpse of the stunning fowl. By November, the Mandarin Duck was portrayed as the icon of the city, and “duck watching” became an everyday activity for New York residents.

As word spread, the Mandarin Duck was named Mandarin Patinkin, “Hot Duck” merchandise was designed and fan accounts were created. Not knowing where he came from, the mystery and beauty of the duck charmed New Yorkers for months, which is not an easy thing to do! This feel-good story eventually captured the attention of people from all over the world, including the talented Bette Midler.

Bette Midler is best known as an actress and singer, with accolades like four Golden Globe Awards, three Grammy Awards, three Primetime Emmy Awards, and a Tony Award, just to name a few. Somehow she also found the time to write! Her previous books include Saga of Baby Divine, A View from A Broad, Bette Midler Greatest Hits: Experience the Divine, and The Wind Beneath My Wings.

Midler admits to being hooked on the duck’s mysterious adventure just like the rest of us. She announced last month that her next book is The Tale of the Mandarin Duck. Though the narrative has yet to be released, we know the story will center around the celebrated New York City duck and a young “clear-eyed boy.”

Midler explained, “It came to me practically overnight: the duck that had enchanted an entire city. I wanted to memorialize his visit, and let readers know that the natural world is full of creatures just like him if we only take the time to raise our eyes and actually see them.”

Easy on the Eyes

Given how the duck dazzled the public with his good looks, it’s not surprising that the book will be aesthetically appealing. The 40-page hardcover book includes photos of the Mandarin Duck taken by Michiko Kakutani, a Pulitzer Prize-winning literary critic and author of The Death of Truth. Black and white drawings by well-known New York illustrator, Joana Avillez, will compliment the story as well.

The Mandarin Duck is in good company! For example, couldn’t help but think of Make Way for Ducklings, a children’s book by Robert McCloskey featuring a duck family that makes its home in Boston’s Public Garden. The book is a top-seller in New England and even has a statue commemorating it. We have a feeling this may be an indicator of things to come in New York.

As for the real thing, the Mandarin Duck was last seen in March 2019. Though he often traveled to Brooklyn or New Jersey, he always returned to Central Park. When he didn’t show last winter, bird experts feared he may be dead. On the other hand, we prefer to think he moved to an idyllic setting with less paparazzi. Hopefully, Midler’s version of the story has a happy ending too!

The Tale of the Mandarin Duck: A Modern Fable is due to be published on February 16, 2021, by the Random House Books for Young Readers. This will definitely be a story for children and adults who were lucky enough to see the duck in person, or maybe for those seeking a little extra magic in the everyday.

See also: 5 Reasons to Visit the Barnes and Noble Store in NYC

Say Yes to the (Sanitized) Dress