Another relaxing, nostalgic playlist to chill out to. 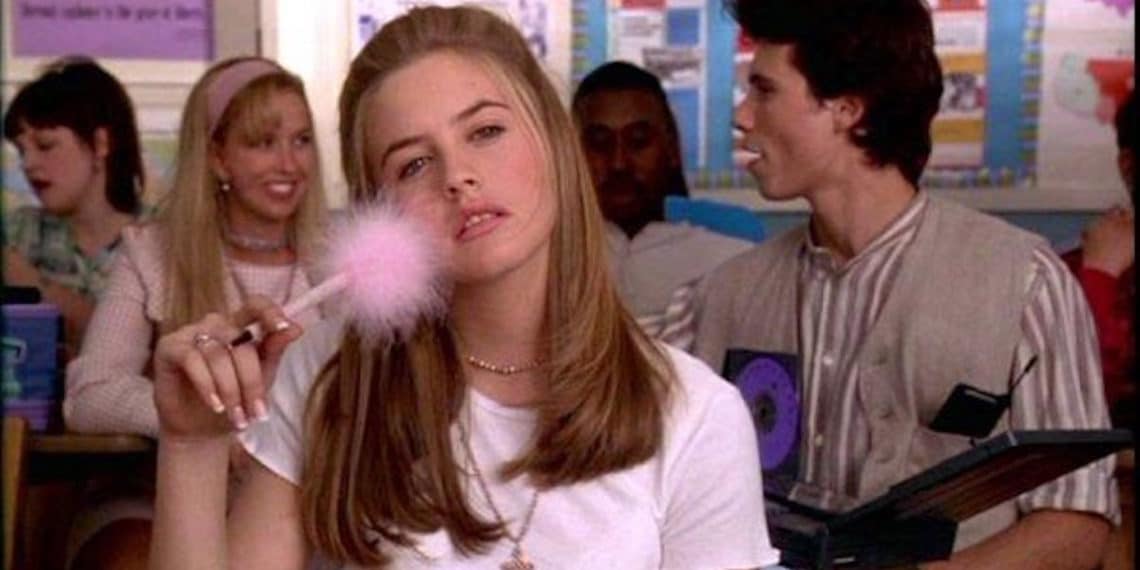 When will the need to relive the 90s end? For the past eight years or so, the reminiscent decade of scrunchies and Nirvana has crept into everything. These past weeks have helped its continuation and decidedly determined that it doesn’t seem to be fading.

Written and directed by Jonah Hill, the film mid90sis now out in cinemas and has already developed a cult-like following and praise from critics. It’s production, soundtrack and hazy filter are eerily similar to that of Chloe Sevigny’s break-out film and 90s classic Kids.

And, if the soundtrack and nostalgia from the film aren’t already enough to rekindle an affection for the era, UK female pop group synonymous with Buffalo boots and cheesy lyrics, The Spice Girls, have announced they are going on tour (minus Posh Spice).

Most of us don’t really remember the 90s. I was born in 95′ and for the most part was in nappies and sleeping. Definitely too young and unable to appreciate or participate in the culture of the time. That said, I can now use the technology that was burgeoning 30 or so years ago with a quick search online. This playlist isn’t a specific 90s genre, meaning that it varies and skims some of the popular ones of that day.

We have a bit of grunge, a bit of hip-hop, R&B, pop, and whatever Björk is.

In honor and acknowledgment of the incredibly written and directed mid90s,the playlist begins with one of the songs from the film’s soundtrack. A perfectly selected song for the Californian skateboarding scenes: 93 ‘Till Infinity by Souls of Mischief.

Adding to this style of hip-hop that emerged around this time, A Tribe Called Quest is also featured on the playlist with their song Jazz (We’ve Got). As this is a mellow collection of songs, this style of rap fit in better than the counter style at the time.

As the song’s title suggests, this reflective, less posturing type of rap was heavily influenced by jazz, which later grew into hip-hop. Of course, we aren’t brushing “gangsta rap” aside whatsoever, but for the sake of this playlist, it was more appropriate.

We couldn’t not include a Spice Girls song out of excitement of their reunion and tour. In 2 become 1the group takes on a softer side in comparison to their dancey bangers. It’s a well-sung ballad, for a group that supposedly can’t sing, about love, sex and the importance of wearing a condom.

“Come a little bit closer, baby/Get it on, get it on/’Cause tonight is the night when two become one”

The life of Aaliyah, the soft-voiced RnB singer, was a tragic one. It highlights the difference between what is acceptable now and what was then. R. Kelly groomed Aliyah at a young age when he was producing and writing songs for her debut album with the questionable title Age Aint Nothin But A Number.She was 14 at the time of the recording and the following year her and her mentor, R. Kelly, eloped. He was in his late 20s.

In 2001, at the age of 22, she and a group of friends and colleagues were flying back from The Bahamas after shooting a music video. The plane crashed and everyone on board died. Since then, R.Kelly has been accused of multiple misconducts involving cults, pee, and underage girls.

Although it’s hard to overlook these allegations and sadness of an untimely death, the whole album has surpassed its ability to stay relevant. Aaliyah has been cited as one of the most influential artists of the genre and decade. I still hear Back and Forth occasionally be played and the singer’s style can be heard in the likes of FKA Twigs today.

At Your Best (You Are Love) is another ballad because the 90s RnB was undoubtedly sappy and this song represents that at its best.

Furthermore, Lauryn Hill can be argued to be equally, if not a more influential product from the 90s.

Her one and only solo project The Miseducation Of Lauryn Hill won a Grammy for Album of the Year, Best R&B Album, Billboard Music Award for Top R&B album, American Music Award for Favorite Album Soul/R&B as well as a still regarded favorite album and artist.

She may not be the best at paying her taxes but makes up for it in music. Such as in her song Final Hour, where Hill actually rhymes “mozzarella” with “Rockafella”.

“But at your best you are love/You’re a positive motivating force within my life/Should you ever feel the need to wonder why/Let me know, let me know”

And now, for the grungier side of the 90s. We added The Pixies Where is My Mind.Which actually came out in 1988. However, this song and the band help shape a lot of the moody future of 90s sound. Like Veruca Salt, named after the Charlie and The Chocolate Factory character.

The girl fronted band began in Illinois and made two defining albums of the 90s: American Thighs and Eight Arms to Hold You. Instead of adding all of their music to the playlist, which felt tempting, we added25, from the former album.

Another grunge song, another heartbreaking one, is from The Cranberries. Lead singer Dolores O’Riordan sadly passed away earlier this year. The Irish band was a wistful and constant contender in the decade’s overpopulated grunge scene. Their lyrics, political stances and unheard sound outside of Ireland led them successfully through the decade.

For the last song, we included the wonderfully weird Björk. In her song,Possibly Maybe, the Icelandic, elfin looking singer contemplates a possible, maybe, lover. It’s complete with the Björk production that we know and love; one that wraps itself around you and remains even after the music has stopped.