Coconut and Sex Are The New Peanut Butter and Jelly

All things coconut and sex. Yeah, you read that right. 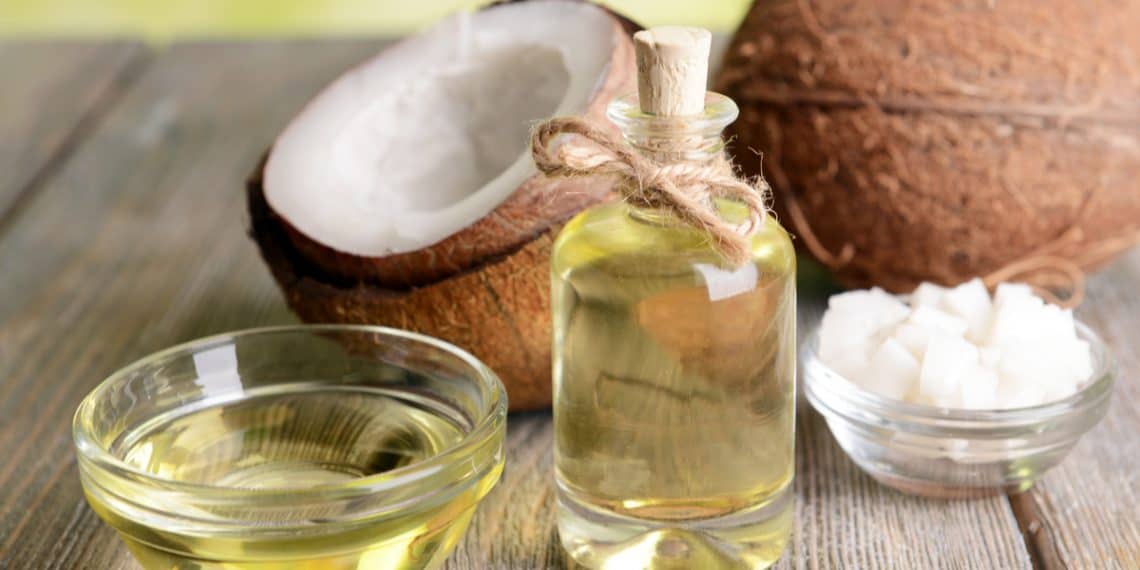 Have you heard of ‘spelling coconut’ during sex for better orgasms? Apparently, this technique has gone viral, originally in 2019. Another resurgence has occurred, as people have more time on their hands at home.

This method involves spelling ‘coconut’ with your hips on top of your partner. Sexual education in this country is abysmal so naturally, we go onto social media to learn about what we don’t know.

I have never heard of this technique and was intrigued to find out what other uses coconut could have in bed.

Beyond the technique, we want to know the low down behind coconut oil and sex. I have never walked into a sex shop and seen coconut oil on the shelf. But apparently, it’s all the rage!

So the only sex trick I’ve heard of that involves spelling is the ‘Alphabet’ trick. Where either partner(s) can spell out the alphabet with your hips or your tongue when performing oral sex.

Now, instead of a tedious 26 letters, you can just do seven: coconut. While, I’ve never tried this method – the buzz is big. Big enough that I’m intrigued.

Memes have arisen and taken over twitter. Honestly, I’m cackling at my desk.

Although we are not sure who started this trend – it could’ve been started in the stone ages for all we know – it went viral in 2019. Allegedly, the viral sex tip was originated by South African artist, Daniel Marvin.

Since then, we wonder…what other uses does ‘coconut’ have for sex?

Lubricant is a great way to enhance your sexual experiences. Finding the right brand is also important, as people have different preferences and uses for lube.

Coconut oil has been in the conversation about if it is safe to use in your nether regions for a while. It is a great skin moisturizer – but people worry about what happens when it goes inside of you.

The consensus is that it is topically safe. Although, I would never put it on my face – it can cause breakouts for various skin types.

Sexologist Emily Morse, D.H.S., affirms that, “Coconut oil is antibacterial, antifungal, and extremely moisturizing,” she says. But the consensus amongst most health professionals is that you should start with a little bit of oil and see how your body reacts to it.

People in ancient Roman and Greek eras would use olive oil as lubricant so we’re not that far off in 2020.

The Pros and the Cons of Coconut

So, any suggestion from a doctor is going to be an assumption based on their knowledge, rather than from empirical data.

Secondly, it can weaken latex condoms! Condoms prevent pregnancy and STDs, so the idea of coconut oil causing rupture scares the crap out of me enough to not use it ever.

Only water-based and silicone-based lubricants can be used with latex condoms.

Thirdly, and frankly most important, it can increase your chances of getting a vaginal infection.

Los Angeles based OBG-YN, Nita Landry explains that, “if you are going to try coconut oil lube, be sure to only use a small amount.”

She continues and states that, “An excess buildup of oil in the vagina can be a breeding ground for unwanted bacteria or yeast.”

Coconut oil has a high pH level which could mess with the pH level of your vagina which is normally acidic. This can lead to yeast infections and other vaginal issues.

So, if you’re going to go with coconut oil – just watch out for the added ingredients. We suggest virgin, unrefined coconut oil.

The consensus from Planned Parenthood is that, “if you try it, just make sure there aren’t things added to the oil you get. Sugars and other additives could potentially cause things like yeast or other vaginal infections.”

One Way Ticket to Pleasuretown

Coconut has certainly proved itself to be a viral craze when it comes to sex. Coconut oil and spelling coconut might be for you or it might now.

Maybe light a coconut scented candle, or coconut themed dinner to get you in the mood. The most important thing is that you and your partner have open communication about your boundaries and what makes you feel good.

But hey, why not throw in some coconut from time to time?

Colorful Fall Socks To Cozy Up