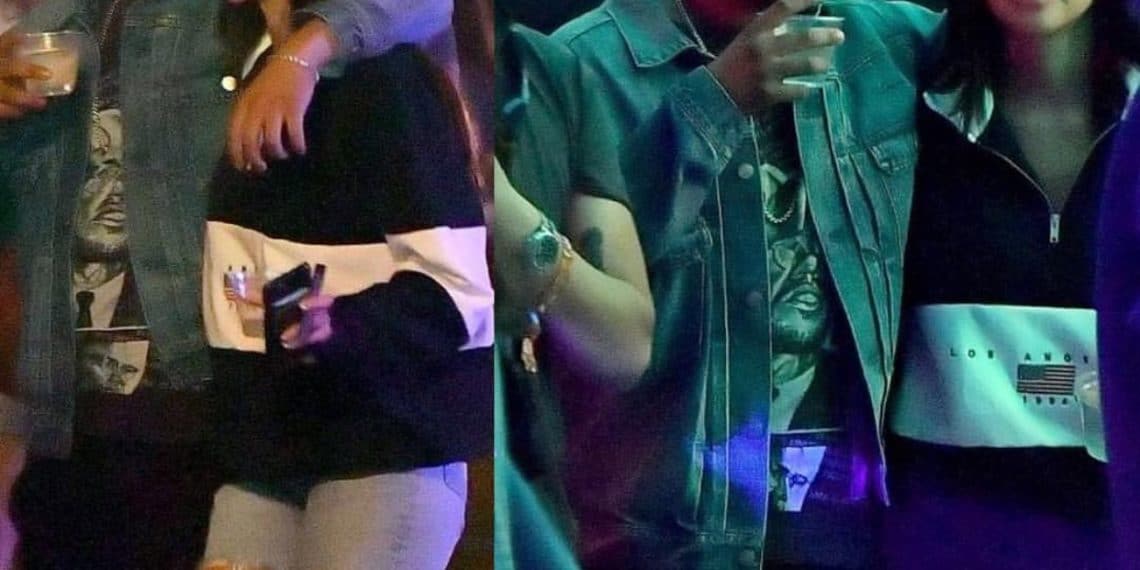 Didn’t we just see The Weeknd crying over Selena Gomez? The "Earned It” star sang a song from his latest album at Coachella and couldn’t hold back the tears.

Have you listened to The Weeknd’s new album "My Dear Melancholy” yet?

Call Out Your Name

The Weeknd sang his latest single "Call Out Your Name” and let the waterworks run. He wasn’t in full-on sob mode, but we caught some tears streaming down those chubby cheeks of his. All in all, it was a sad sight to see. For more on The Weeknd’s performance and a quick recap of last weekend at Coachella check out our article from Monday.

When this song was first released everyone immediately knew exactly who The Weeknd was referring to. Of course, no names were given away, but we know. Artists are known for creating music about their pain and personal experiences—that’s exactly why we weren’t surprised his new song was about his relationship with Selena.

The two broke up, because it looks like she was cheating on the Grammy winning singer with her ex-boyfriend Justin Bieber. An actual affair was never confirmed, but the pictures of the two of them hanging out are definitely receipts of some sort.

The two were seen going to church together a few times, along with some other non-church related hangouts. Shortly after the pictures surfaced, the two called it quits on their 10 month relationship. The Weeknd even skipped the Grammys one year to be by Selena’s side when she was dealing with major health issues.

This past Monday there was also news about The Weeknd and another ex, supermodel Bella Hadid. The two of them had a pretty serious relationship a few years back. There were also a few songs on his album ”Starboy” that were clearly about her. The two have very successful careers, so they were always busy, plus there was a bit of an age gap.

The singer, 28, and model, 25, decided to call it quits but remain on good terms. "Wasted Times" is another new single The Weeknd has released that people are guessing is about Bella. He brings up the imagery of a girl who’s an equestrian, which Bella is.

The two of them were spotted at Coachella as well, after hours at a bar. Bella was reportedly sitting on his lap, and a source says that they definitely looked like they were back together. We know this doesn’t mean that they are in fact back together, but we have our eye on those two.

Just this past Monday The Weeknd was spotted at Coachella with Instagram model Chanel Jeffries, and the two of them looked pretty cozy. It’s not clear if this was a weekend Coachella fling, or if it’s something more serious.

Either way it’s clear that The Weeknd is either over Selena, or on his way to crossing that finish line. Chanel is without a doubt a very gorgeous girl, but we all know how relationships between artist and Instagram models turn out. Those relationships usually have the lifespan of a banana that’s been left out on the counter for too long.

The singer will also be performing at Coachella next weekend. We have no idea what his set list is, but I think we can all agree that it probably won’t include any tears. There’s no telling how serious things could be with Chanel, but we’re putting our money on Bella.