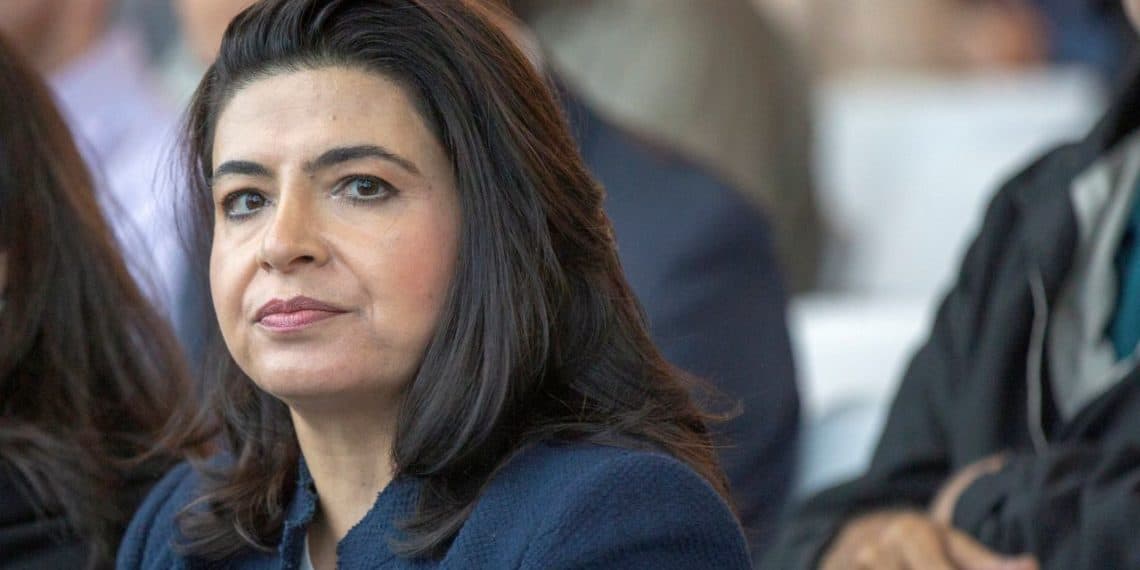 Anna Kaplan is ready to shake up the New York State Senate.

Born in Tabriz, Iran to Jewish parents, 13-year-old Anna escaped the turmoil of the Iranian Revolution as a refugee, earned political asylum, and eventually settled in New York with her husband and two children. Now she is running for a seat that could flip the State Senate in Democrats’ favor.

A member of the North Hempstead town council since 2011, Kaplan has been gaining serious momentum since her 2016 Democratic Primary run in New York’s Third Congressional District. She is now facing Republican incumbent Elaine Phillips for the District 7 State Senate Seat.

And just last week she received what most Democratic candidates dream of; an Obama endorsement.

I am very humbled by President @BarackObama's endorsement and appreciate his belief in me as a candidate. Now is the time to stand together and push back against the hateful rhetoric dominating our political culture. That’s why I’m running for the State Senate. #AnnaforNYSenate pic.twitter.com/7L6dz5dAca

It’s not hard to see why he’s a fan. President Obama’s rallying call, “Yes we can,” is not all that different from Kaplan’s equally-inclusive campaign slogan, “All of us together.” She further elaborates, “Everyone matters, everyone is deserving of respect and everyone should have a voice in how they’re governed.”

While Donald Trump is promoting xenophobia, Kaplan is using her experiences with immigration and prejudice to fight back. In 2016, Trump supporters predictably targeted Kaplan, often focusing on her immigration status.

She wasn’t going to take those attacks sitting down. Instead, she posted a YouTube video taking her critics to task. Having encouraged voters to “#askanna” questions about her candidacy, one man commented sarcastically, “Anna did you come here illegally?”

While she was forced to flee her home country, she vows, “This time I will not run. The stakes are too high.”

As a former child refugee, Kaplan knows these stakes first-hand and has spoken out against Trump’s zero-tolerance policy. Speaking to The Island Now, she lamented…

“The tapestry of the fiber of this country is made out of immigrants. And to see what’s happening now, and to see children ripped apart from their parents, toddlers and infants and young children, it just really breaks my heart.”

If Kaplan succeeds, the State Senate could fall back into Democratic control, which could mean major victories for immigrants, gun control advocates, environmentalists, and more.

Her campaign focuses on the issues most important to these groups. She has promised to vote for the Extreme Risk Protection Order, which prohibits those found to be dangerous to themselves or others from purchasing or possessing a firearm. While the order passed the State Assembly, Republicans—including Phillips—blocked it.

She has also vowed to support The Reproductive Health Act (RHA), another bill that made it through the Assembly but failed make it past Phillips and the Republican majority.

With Trump seeking to overturn Roe v. Wade any way he can, this is a necessary piece of legislation to preserve women’s rights and safety in New York.

If passed, the RHA will repeal criminal abortion statutes, expand the law to allow more healthcare practitioners to perform abortions, and ensure “constitutionally required exceptions to protect a woman’s health and for instances of fetal non-viability.”

Obama isn’t the only one urging voters to support Kaplan. The Democratic Legislative Campaign Committee has featured her as a “Voting Rights Defender,” highlighting her support of an early voting bill and the Voter Empowerment Act. She notes on her website, “Over two-thirds of other states allow voters to cast a ballot before Election Day but this bill has been blocked by Republicans in the Senate at every opportunity.”

Kaplan is rightfully frustrated with the Republican majority in the Senate—and she is determined to champion the progressive bills they have succeeded in stopping.

As of now, analysts still say the race is a toss-up, but with Obama and DLCC endorsements, Kaplan is only gaining momentum and support.

In May, Cuomo praised her for being, “a progressive in the truest sense of the word, and her very story is the New York story, it is the American story.”

The next chapter of her story may very well be as State Senator.

Skip the Salon and Wax That V at Home

Shop ’til You Drop at These Soho Boutiques