Sukihana and Her “Wolf Pussy” Mixtape – What You Need to Know?

Know everything about the all new album of the "Love & Hip Hop Miami" Star! 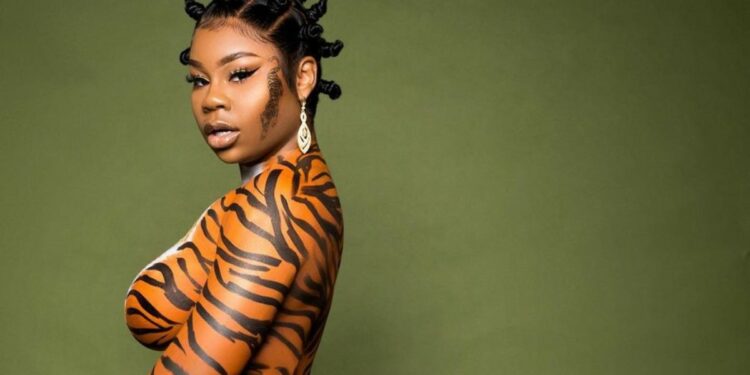 Sukihana, the rapper and famous TV personality, is up yet again with a brilliant number. The latest Wolf Pussy mixtape is all about self-love. You need not have searched for any alchemy for getting the wolf pussy. According to the celebrity, it is an heirloom. She expressed that you can have that directly from your mother. After all, sexual satisfaction is what the men want!

The arrogant approach to portray things is the specialty of Sukihana. Furthermore, this humorous style made her a social media icon within a short span. The followers of her Instagram handle are booming up every day. Along with appreciation, criticisms also form a part of her energetic life. People are going crazy upon the rapper’s viral hits!

The amazing performance in some numbers like Blame Trina, 5 Foot Freestyle seemed compelling to the Love & Hop-Hop franchisee. Finally, Sukihana decided to be a part of the Miami cast. Therefore, the fans will get to see her epitomized performances in the third season of the show. Alongside, she got the brilliant chance to appear on the “WAP” video by Megan Thee Stallion.

“WAP” broke all the records on the internet and gave Sukihana prominence. She played a cameo in another case. However, the captivating performance grabbed the attention of the audience.

Being a resident of Atlanta, Sukihana is a mother to three kids. Later on, she embraced Miami wholeheartedly and showed her creativity. Additionally, the confident woman considers herself to be an ordinary product of society. She observes the women’s conditions and lets herself be the representative of all of them.

Wolf Pussy is a different version of self-love for millions of women. Moreover, for Sukihana, every girl has the right to admire her looks and inner beauty. The number does not only cover the common women-empowerment niche. It is far beyond that.

The release of “WAP” brought the critics to comment on the over-sexualization of women. Therefore, the world again understood how society black-mark the women associated with media or the music world. This is utterly disheartening where gender rigidity is so clear. Here comes Sukihana’s message to address all these issues.

A New Outlook For The Women

The response of Sukhana was loud as always and took the audience on fire. She explained how the rap video portrayed the teachings of the matriarchs for generations. In her opinion, it is not important to criticize how she describes the scenario. Instead, everyone must realize the hidden message.

In total disgust, Sukihana explains that women are always there to satisfy the different wishes of this male-dominated society. Men want them to cook and clean for them. In return, they are willing to obtain more appreciation and need constant support even to wash the car. These boys wish women to act as just a helping hand, and then want only the pussy. It is a total case of injustice!

The fabulous rockstar teamed up with Ball Greezy to make Gotta Man. Through the lead single of the Yous A Hoe, she expressed her contempt for clout-chasing. She admits that her mouth is quite vulgar. And, because of this, it took four recordings to complete the track. However, she is pleased about the same after taking a good time to prepare it. The ultimate results were marvelous, indeed.

What Makes Sukihana So Steady?

Several people will judge the unusual celeb based on the foul words she uses. Furthermore, it can cast a negative effect on her work. But with time, more people are leaving the old beliefs behind. It is time to change. The followers, mainly women audience, feel Sukihana is doing the right thing to present self-love in a whole new way.

The exceptional compositions of the famous personality never fail to appreciate every job of a girl. However, if you move back, this bold individual will look so different. There are several layers in her character. This society is responsible for making Sukhana so bold and loud. She never hesitated to talk about the reality. Furthermore, a remarkable change is evident in the behavior of several women after listening to her raps.

The communities left a profound impact on the mind of the young Suki. Therefore, she used it as fuel to give a proper shape to her ambitions. Till now, she remembers everything and creates some influencing numbers.

The Other Side of Sukihana

Sukihana’s net worth is quite impressive. However, she is never mad for money. You can also see a caring mother behind this stern face. In an interview, the celebrity expressed her spiritual love too. She always tries to keep a distance from any negativities and believes in manifestation. Hence, Sukihana writes down everything.

Sukihana comes to her bold attitude as soon as the camera turns on. However, she is a mixture of several emotions. The Wolf Pussy Mixtape is thus a wonderful composition that reflects self-love for every woman.

Trace Cyrus and His Alcohol Addiction (Is He Sober Now?)

You Have to See This Robert Carlyle Commercial for Johnnie Walker