If you're a super-fan of the 1,000-lb Sisters, Tammy Slaton, you'll want to check out this article for more information about her new love life. 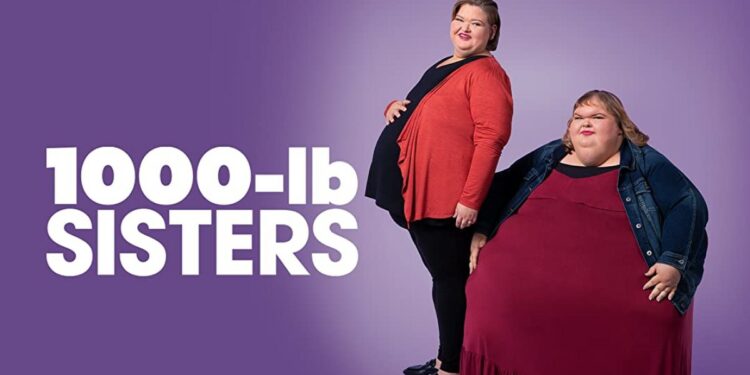 Now that the 1000-lb Sisters season 3 production is underway, what should we expect? One thing for sure is that Tammy Slaton has a new boyfriend. In one of her TikTok posts, Tammy announces her new boyfriend. And she seems genuinely happy and crazy over him. When 1000-lb Sisters season 2 wrapped up with Tammy breaking up with Jerry Sykes, we didn’t expect much from the show.

Well, we didn’t even expect a season 3. But petitions and insistent clamoring from fans demanded a renewal of the addictive TV series. And indeed, TLC gave in and signed up for an extra season. Now that Tammy has a new love life, fans are more than excited to see how the series will unfold.

But, Who Exactly Is Tammy?

Tammy Slaton is the half of the two sisters on the 1000-lb sisters, where they document their respective journeys towards weight loss. The show first aired in 2019 when Alice Slaton (the sister) weighed about 400lbs and Tammy about 600lbs, hence the 1000lb sisters. Fans were genuinely concerned over their weight loss challenge, and the show quickly gained a cult following.

So far, only Alice has had positive results where she has significantly reduced her weight to about 270lbs. On the other hand, Tammy hasn’t been lucky. Tammy’s weight loss endeavor has been up and down as she struggles with her love life.

In season 2, Tammy’s boyfriend was Jerry Sykes. But they had to break up because Jerry was married. Of course, this must have affected Tammy to an extent that she added a few pounds. Luckily, she has a new boyfriend.

Right after 1,000lb Sisters season 2 concluded, Tammy was diagnosed with Covid-19, which left her bedridden. She had a hard time recuperating from the Covid-19 while not giving up on her weight loss journey. Which has proven quite an uphill task to conquer.

Still, and despite her challenges, Tammy has managed to find someone who appreciates and loves her. His name is Phillipp (yes, with double P). But he goes by the moniker theBBWKingon TikTok.

Tammy’s new boyfriend is not only a TikTok sensation, but he loves big women. He proudly claims so on his bio, “I love women over 300 pounds, the bigger the better.”

It seems Tammy and Phillipp met online and it’s unknown if the two have taken their relationship to the next level. Maybe they had a one-on-one meet-up but they’re keeping things under wraps. Perhaps we’ll know when 1000-lb Sisters season 3 resumes.

In season 2, fans outrageously refuted (and some politely warned) against Tammy dating Jerry Sykes. Somehow, it isn’t different for the new boyfriend Phillipp. While Jerry was a married man, fans are cautious and seem to believe that Slaton’s new catch is all about clout (fame).

“This guy seems to only care about your body size,” one commenter claims.

“If he doesn’t support you with your weight loss journey, he ain’t true,” another reply warns.

From the comments, fans are very skeptical of Phillipp, whom they believe will only hurt Tammy, just as Jerry did.

Luckily, and on the flip side, not all fans are against Tammy’s newly found love interest. Most of them are actually very supportive.

“Good for you gal. Keep moving,” says one of the positive comments.

“I am glad you’ve found a new boyfriend,” encourages one fan.

Irrespective of what fans think or believe, there’s no doubt that 1000-lb Sisters season 3 will be exciting.

Despite concerns, and criticisms from fans, Tammy came out and revealed that she’s happy to be with theBBWKing. She admits to being over Jerry Sykes and that she has found someone better.

“I am finally, truly happy,” she says in one of her TikTok posts, referring to Phillipp.

TheBBWKing then liked and reposted on his wall, throwing a few heart emojis. As for the concerned fans, the boyfriend went ahead to not only defend himself but also made a video denying claims of being after fame.

So, What’s the Update on Tammy and Her Love Life?

Apart from being happy with her new boyfriend, Tammy has addressed rumors claiming she’s been living in a nursing home facility. Well, that’s not the case.

However, it’s really great to know how 1000lb Sisters fans are willing to go a whole nine yards to find out exactly where Tammy is. It’s sweet how genuinely concerned they are, which shows how much people love the sisters’ show.

Fans are worried about Tammy’s pursuit of a life partner and struggle to cut some weight. There are lots of comparisons with Alice, who has managed to reduce weight and qualify for surgery. Obviously, fanatics of the 1000lb Sisters show are eager to see the same results for Tammy Slaton. Let’s stay put and wait for season 3.

The 411 on Violet Clair’s Samantha Rothenberg