These Songs Will Help You Love Yourself the Way You Deserve

Playlist for a little self-love. 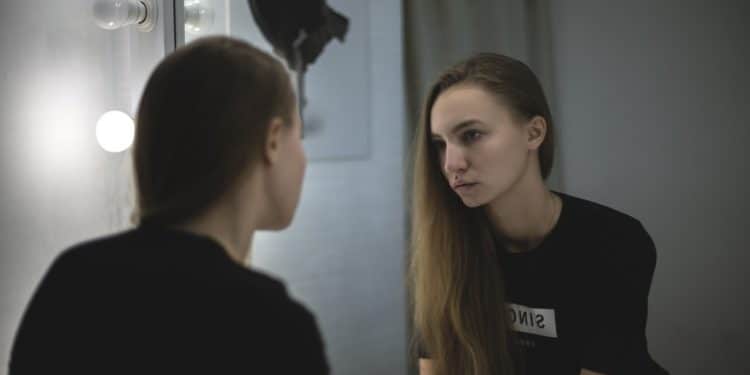 Some days, the fact that you’re you doesn’t make you feel good. Your skin, hair, and weight could all improve.

As “millennials” that use social media, we’re bombarded with images of photoshopped, perfected models, more than what our parents and grandparents dealt with from television and print advertisements. Not only that, but we are supposed to juggle part-time and freelance jobs, while appearing happy, mentally stable and pay our obscene amount of rent.

It’s easy to beat ourselves up and become so over-worked and sleep deprived that we initiate a cycle of quick meals and short power-showers. While we understand that time=money and our schedules are very full, please don’t forget to have a moment to take care of yourself. It could be a bath, a walk, or simply closing your eyes and listening to music for an hour.

Luckily, this playlist is less than that, at only 40 minutes. Even if you listen to half of it on your commute to and from work, make sure that whatever you do, it’s for you.

The ten songs below are a mix of building you up as well as remembering that you are the most important person to take care of at times. We start off with Kimbra’s upbeat, tribal-esque beat Top of the World and quickly shift tone with Florence + The Machine’s Hunger. Florence Welch recently said in an interview about her album that her newfound sobriety inspired most of these “soul delving” songs that reflect on her youth and all the mania surrounding it. It’s a self-admittance track, one that she sings about a universal need to feel and fill something in us. She calls it hunger.

Not one, but two Ariana Grande songs made it to this week’s playlist. Both of these songs, as much of her album and frequent message on social media, is to stay positive and take care of yourself. In Breathin, which is about all feelings surrounding anxiety, she reminds us to do the basic and just breathe. Which is enough right now. And in,Get Well Soon, she reminds us to stay grounded, and, again, to take care of ourselves.

“Babe, you gotta take care of your body.”

As most people know now, Ariana’s ex also happens to be musical prodigy Mac Miller, who just a few weeks ago died at the age of 26. He was more than her ex, as she is more than his, but their stories are undoubtedly linked. From his new album, Self Care, we added the song with the same title, that strives for positivity despite not feeling it much.

Similar to that is Leona Lewis’s Happy, whose 2009 album that included this song didn’t receive as much critical acclaim as her first. Still, this song is exactly one that fits with loving yourself and accepting whatever that might bring with it. Lewis asks if risking everything to make her happy is worth it.

“I light all the candles/Cut flowers for all my rooms/I care for myself the way I used to care about you.”

“When you know what you got/Sacrifice ain’t that hard/Feel like depending on me.”

In addition to a double track by an artist, we also have two songs by the Knowles siblings. In a pop-y, yet political move Beyonce’s Flawless, which inspired hundreds of “I Woke Up Like This” T-shirts, can also make you feel… flawless. In Solange’s Rise, that sounds more like an incantation than a song, she sings and embeds in us that we should accept our faults and negatives in order to fully heal and practice self-care.

See Also: What Does the Phrase “Looking into The Mirror” Mean?