Sebastian Telfair: The Rise and Fall

Should 19-year-olds be in the NBA? 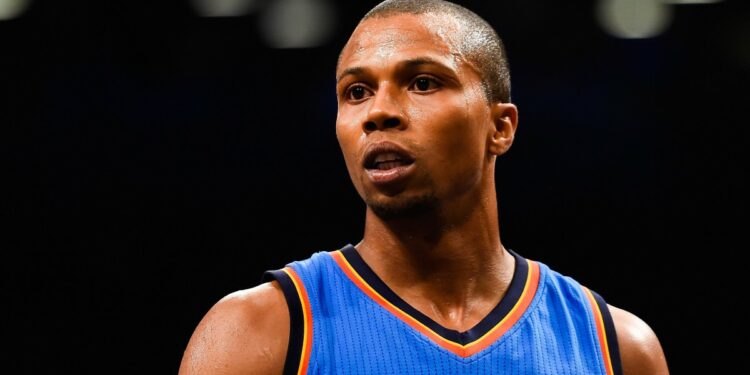 Even people who are not a fan of basketball can name at least a few great players because of how famous they are. While Sebastian Telfair was nowhere near the fame of Kobe Bryant or Charles Barkley, his high school skills for the game certainly showed that he had the potential to become one of the greats. But does that mean he should have skipped going to college and gone straight to play for the NBA? Or did that decision ultimately lead to his tragic downfall?

Sebastian Telfair was born in June 1985 and raised in Brooklyn, New York. He was the son of Erica and Otis Telfair. Sebastian’s cousin, Stephon Marbury, played in the NBA from 1996 to 2009 before coaching. The two of them had a lot in common. Telfair followed in Marbury’s footsteps and had a very successful high school basketball career at Abraham Lincoln High School.

Telfair quickly became one of the best high school players in the United States. He was even offered a shoe contract from Adidas. He was a New York high school Basketball Legend, and everybody wanted him on their team. When his senior year came, Sebastian had a decision to make. Would he rather go straight to the NBA or play for the University of Louisville (a college he was currently committed to).

Sebastian Telfair began his professional basketball career with the Portland Trail Blazers. He stayed with them for two years from 2004 to 2006. For a lot of his career, Telfair would only spend 1 or at most 2 years with a team. After the Trail Blazers, Sebastian played for the Boston Celtics. In 2007, Sebastian was suspended by the NBA for three games due to legal troubles he was facing. Between 2008 and 2013 Telfair played for many different teams including (but not limited to) the Minnesota Timberwolves and the Pheonix Suns.

He also spent time playing in the Chinese Basketball Association (CBA). He played for teams including Tianjin Ronggang and Xinjiang Flying Tigers. His last contract was in the 2016-2017 season with the Fujian Sturgeons. Throughout his time as a professional basketball player and after, Sebastian has run into several legal issues.

In April 2007 Telfair was caught speeding. While Sebastian was pulled over the police found a loaded gun under his passenger seat. Sebastian Telfair plead guilty to criminal possession of a weapon, and he was put on probation for this.

Sebastian was arrested in June 2017 in New York for possession of multiple firearms, ammunition, and drugs that he did not have a New York License to own (In 2019 he was found guilty of this and sentenced to three and a half years in jail for this possession. This case is currently being appealed).

In January 2018, Sebastian’s wife got a restraining order against him to protect herself and her children. She said that she was worried about his mental health. Telfair’s wife claimed that he had become hostile, violent, and even threatened self-harm. He also broke the windshield of her car during this encounter.

In October 2021 Sebastian Telfair (along with seventeen other former NBA players) was arrested on fraud charges. It was said that they were defrauding the league’s health and welfare benefit plan by submitting fake claims for dental and medical issues or expenses. They would then receive reimbursement for these medical expenses that were never actually real. This was allegedly a scheme that all eighteen players worked together on from roughly 2017 to 2020

Was The NBA At Fault?

Sebastian Telfair’s story about his rise to basketball fame while being welcomed into the NBA at such a young age is definitely very inspiring. However, his fall from that fame into all sorts of scary and complicated legal troubles leads one to wonder if the NBA should even be scouting players so young. Or should the NBA be encouraging these young players to learn more through college basketball first? Perhaps the reason Sebastian Telfair faced so many legal issues was because of his age and immaturity at the time he was cast into fame. Telfair’s story is not the only reason people have this question about the age of the NBA players. It is ultimately up to players and the NBA to decide.

Woah Vicky: The Controversial Influencer who Claims that She is Black

Everything You Need to Know About Dasha Nekrasova!

7 Reasons Why Mekhi Phifer Isn’t In The Mainstream Anymore