Everything You Need to Know About Dasha Nekrasova! 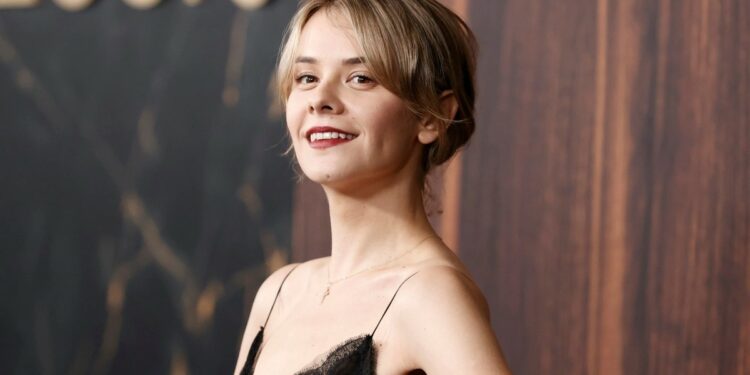 Like there are parts of the world that are completely unknown to mankind, there is a certain section of the movie industry that remains untapped by many cinephiles. For instance, the name Dasha Nekrasova might not be well sought after by the directors, but she is one interesting, brave and unabashed woman with an exciting career trajectory.

Dasha is not just an actor, but she has won accolades by being the co-host of the podcast- Red Scare along with Anna Khachiyan.

Who Is Dasha Nekrasova?

Dasha, aka Daria “Dasha” Dmitrievna Nekrasova, was born on February 19, 1991. She spent her early life in Minsk, Belarus, with her parents, who were acrobats. At the age of four, Dasha moved to Las Vegas, Nevada. She attended Las Vegas Academy of the Arts and Mills College, where she got a degree in Sociology and philosophy.

How Did Dasha Nekrasova Come To Be a Part of This Industry?

Dasha’s career started with popular music videos for various artists like Yumi Zouma. Soon, she bagged a role in Wobble Palace. What’s even more impressive is that she co-wrote Wobble Palace with the director Eugene Kotlyarenko.

New York Times was highly impressed with the story and the acting. Film enthusiasts raved about Wobble Palace, stating that the film has successfully contributed to a very filmic time capsule.

Dasha got her ultimate break as the leading character in a dark comedy, The Softness of Bodies. She won applauds for her portrayal of the leading character in the movie. In 2018, Dasha was promoting Wobble Palace the South West Festival, where she was interviewed by the very right-wing biased media house InfoWars. She was nicknamed “Sailor Socialism” for her outspokenness. The actress showed her support for Bernie Sanders and dressed in attire similar to the outfits from Sailor Moon.

Dasha’s Life After the Controversy

Dasha Nekrasova started her podcast with author Anna Khachiyan and named it The Red Scare. The podcast garnered mixed reviews. However, although Dasha has gained a name on the platform, there is more to unravel in that universe. A notable mention is that Dasha was a supporting actor at HBO’s drama Succession. She would re-appear in the third season of Succession.

Dasha carved her way in debuting as a director through the short film titled The Scary of Sixty-First. The film is a thriller, loosely based on the death of Jeffrey Epstein. The two characters move into a building laced with mystery and then unravel a world that is utterly unknown to the outer world. The Scary of Sixty-First premiered at 71st Berlin International Film Festival and successfully won the Best First Feature award.

Nekrasova co-wrote another short film called Spectacular Reality. The film was loosely based on the conspiracies that surround crisis actors and features models from the No Agency, New York. She had also directed the video performance of Oneohtrix Point Never’s I Don’t Love Me Anymore which featured on the Tonight Show Starring Jimmy Fallon.

When Nekrasova advocated for free healthcare and had called out the InfoWars reporter, she skyrocketed and gained immense fame. As is evident with social media, a video travels faster than the message; Dasha gained popularity for firing off at the reporter. As a result, her work came into the limelight. Besides, her film, The Scary of Sixty-First is also gathering accolades for her artistic liberty to shoot the film under the context of the Epstein name and her powerful acting.

In a media interview, Dasha Nekrasova had stated that she might not be able to become a good publicist as she cannot keep consistency in responding to her emails! Despite her inconsistency, it is quite certain that she will soon become a well-known face in the film industry with sheer handwork and talent.