What You Missed on Queer Eye Season 2: a Short Recap 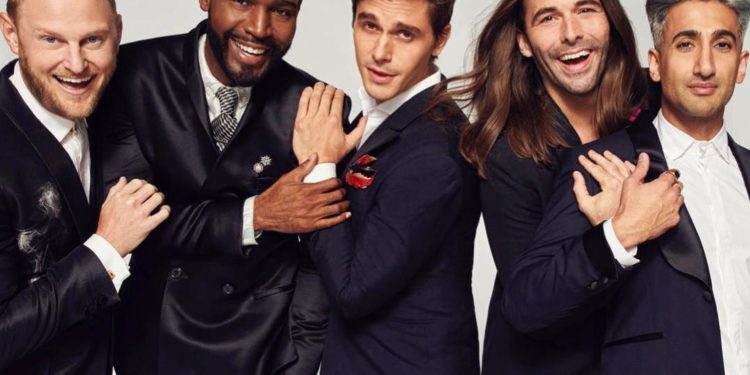 Netflix show Queer Eye, a reboot of the Bravo series Queer Eye for the Straight Guy is back for its second season. Now set in Atlanta, the show follows the fab five along in their pick-up truck traveling to cases that need a little sprucing up around the Georgia area.

Queer Eye can easily be received as a joyful makeover show that helps those nominated to revive their looks, living spaces, mindset and overall approach to life. While watching it, it’s easy to be caught up in the catchphrases and sass, like Jonathan’s constant “honeys” and how the quintet empties closets, showcasing monkey suits and feather boas while assessing their subject.

At the core, the show is a heartwarming show about self-improvement, hosted by individuals who are genuine about seeking a positive development in those they are helping, so there isn’t a single episode free of sobs. It’s also pretty groundbreaking. After all, it’s five gay men, two of whom are of color, venturing out of metropolitan Atlanta into small, southern towns.

The first location of the new season is in a town named Gay (really!), population: 86. It’s also the first woman to be made over on the show! Tammye: recent battler of cancer. This episode isn’t solely about Tammye’s transformation though- it also focuses on her son, who upon coming out as gay, struggled to find a place in the isolated town and be accepted by his mother.

Similarly to other episodes in the past, at least one of the Queer Eye squad members, if not all, can relate to the subject on the show. Karamo Brown is able to empathize with Tammye’s son as they are both black and gay and come from a southern town. Bobby Berk, who is openly opposed to entering a church since he was rejected by the community that he grew up in, also understands what it’s like to be ostracised by family.

In the 5th episode entitled, “The Sky’s the Limit”, the opening scene is a transgender man being operated on for his “top surgery”. Tan France admits his ignorance toward the transgender community; adding that he has actively avoided the LGBTQ scene and had never actually met a transgender person. France subsequently seeks to change his opinion and knowledge, speaking with Skylar about preferred pronouns, and even arranging for a tailor that specializes in transgender suits to assist Skylar in finding a personalized fit.

Without Too Many Spoilers, The Second Series Finds The Fabulous Five Guiding and Advising…

1. A cheerful bartender who feels out of place around the parents of his children’s friends.
2. A burning man goer that aims to leave Atlanta, believing that whatever he couldn’t find there, he could find in Reno.
3. A recent graduate, who since finding out he actually needs one more class to get his degree, is in a rut of video games and cigarettes.
4. An introverted 18-year-old budding singer/songwriter/pianist preparing for his college departure.
5. The youngest mayor in Clarkston history aka “the hipster mayor”.

In the second Season of Queer Eye, there are tears, deeper character development of each squad member, and a real-life view of what it is to be gay in today’s America. Oh, and of course, Jonathan tells yet another person that they could climb trees with their toenails and does two cat impressions. Classic!

Queer Eye isn’t as bold as other LGBTQ shows such as, RuPaul’s Drag Race. Instead, it’s approach from the LGBTQ hosts is seemingly subtle, with slight nuances of political and controversial topics lightly introduced to audiences.

With Pride being over, most places will take down their flags until next year, but the fab five will remain on one of the largest global streaming services: Netflix. It has an addictiveness that all reality shows are slated for, but also loved for. Amongst the animosity surrounding Trump’s presidency and the still long journey ahead of the LGBTQ community, Queer Eye is as refreshing as it is a humble show, made to be mainstream for all the right reasons.

6 Books Every Woman Living in New York Should Read