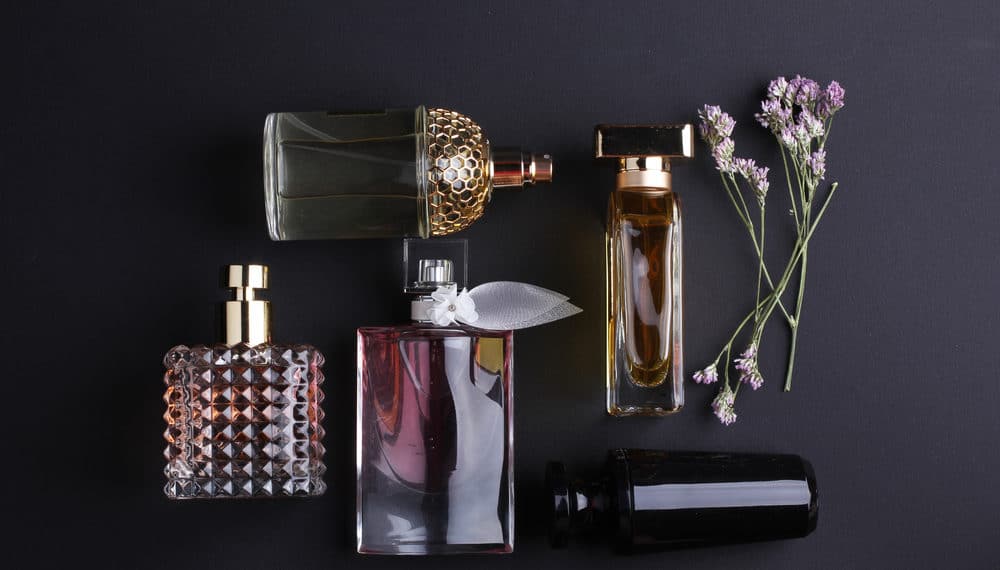 Perfume. Eau de toilette. Cologne. After shave. There are a whole lot of terms for what is essentially the same thing – a nice smell for your body.

But here’s the big question – are they the same? Here’s the truth of the matter.

Every perfume designer uses their own terminology. Some favour the classic ‘perfume’, others go with the more exotic ‘eau de parfum’, and others get downright coy with ‘scent’.

Believe it or not, these aren’t just fancy terms. They all indicate subtle differences in the fragrance you’re wearing, so it’s a good idea to get to grips with them.

Perfume is actually a pretty ancient word. It’s Latin, and comes from per – which means through, and fumare – which means smoke. Yep, we’ve been spraying some good old ‘through-smoke’ on ourselves without even knowing it!

Perfume is actually the most expensive type of fragrance, as it’s meant to be the option with the highest concentration of ingredients. If you want a scent that lasts throughout the day, it needs to be a perfume, as you’ll get the benefit of those top notes to start of with, then those deep base notes kicking in towards the evening. You’ll also need less of it, as it’s more potent.

Be warned, though. Perfume often feels more ‘oily’ than other options and can stain clothes if you’re not careful. Stick to applying it on the insides of your wrists or on the neck.

At the other end of the scale, you’ve got eau de cologne. This contains a lot less essential ingredients, which means it lasts a fraction of the time; but it’s ideal if you just want to freshen up (for example, if you’ve just done a light workout and want to smell nice before you get to a shower).

Usually this is applied with a spray and it feels quite light on the skin.

Eau de toilette is occasionally a bit more potent than eau de cologne, but not by much. Sometimes these terms are used in a gender-specific way – with cologne reserved for the guys, and toilette for the girls.

Again, if you’re just looking for something budget-friendly, light and easy to spritz, this is a good option.

The best of both worlds

Eau de parfum offers decent longevity, combined with a bit of freshness; and it sits pretty much perfectly between eau de toilette and perfume.

This is a great option for dates with your partner, for example; when you want a fragrance that’s noticeable (and sexy as hell) without being overpowering. As its less intense, it can be sprayed or squirted anywhere, but watch out, because it can still stain clothing.

Choosing the Right Perfume for the Occasion

It makes good sense to have a selection of fragrances for all occasions. For example, cheaper eau de toilettes and colognes are great to have in your handbag, as you can spray them whenever you need to freshen up, without worrying too much about the price. An expensive perfume, by contrast, will only be viable for special occasions – but you’ll feel like a million dollars when you wear it.

If you’re not sure what sort of fragrance to go for, sites like Copycat Fragrances offer good inspiration. Cheaper options (rather than the full-blown designer eau de parfums that often cost a fortune) are a great way to experiment with scent, and to see which one works best for you.

What to Eat to Give Your Brain a Boost