Jared shares his experience with fatherhood. 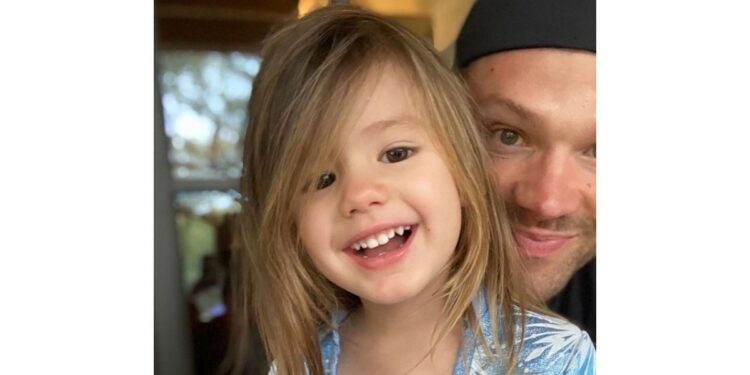 Odette is a Daddy’s girl. Although Odette Elliott is not much captured by the paparazzi, as she is too young. Jared sometimes shares some posts about her on Twitter and Instagram. Jared has learned something about being a parent is that you should go with the flow. He also shares that Odette Elliott Padalecki makes him nervous and vulnerable as he never had this feeling with his other two sons. On speaking with people magazine he says, “With boys, you’re like, ‘Go skin your knees and go break your arms as I did.’ But with a girl, you’re like, ‘If somebody ever touches her, I’ll go off the handle!’.

After having Elliott Jared shares that Odette is a chilled baby and not fussy. He continues, “She’s perfect already, and it would be great if she stays that way. She seems like she has a cool inner strength of like, ‘Hey, this is me. I can’t walk and talk now, but I’m comfortable.’ I hope that sticks around.”

Elliott is breastfeeding so she needs her mom says, Jared. He acts like a concierge service” for his other two sons while mommy is busy taking care of the baby. He will do anything for his children. If they want to ride he will ride with them or go to parks. Due to the actor’s hectic schedule, he gets less time to spend time with his children. But whenever he gets the time it’s super fun time.

According to People magazine, “It’s wonderful that I forget that I’m on a TV show when I’m with my family,” he says. “Learning lines or this or that becomes unimportant. It’s about going, ‘Are Gen and Odette okay? Is Tom okay? Is Shep okay?’ There’s no such thing as boredom when you have kids because you’re just always on point.”

Genevieve Padalecki shares, “Please welcome the newest Padalecki, Odette Elliott!!” Cortese captioned the image. “I wanted to celebrate this special occasion by collaborating with one of my favorite brands, @popandsuki, to raise funds for two amazing causes: Planned Parenthood and Human Rights Campaign, who need our help now more than ever. Help us spread the love and joy Odette has brought us by monogramming your own heart tag. They are super limited edition so will run out quickly! The link to purchase is in my bio. I can’t wait to see how you guys are personalizing your hearts!”.

The couple used Human Rights Campaign and Planned Parenthood to promote the causes which are good. Sometimes celebrity uses controversial things to promote their child on social media. But this couple used a good campaign and posted it with newborn Odette and this post was widely appreciated.

On talking with people magazine, by being the father of three Jared adds, “Once I think, ‘Okay cool, we’re going to put the kids to bed at 7 tonight, we’re going to have a glass of wine together, wake them up at 6 and go to baseball,’ then that’s the night they don’t go to bed until 10 and one of them gets sick at midnight, and then the other has nightmares at 2.” “Once you make plans with kids, it goes out the window,” he adds. “It’s more just about being there with love and support for whatever comes up.”

Which Christian Dior Bag Should You Purchase For Everyday Use?

Everything You Want to Know about Tom Cullen

Daniel Kountz, Kal from Halloweentown, is Dating His Co-star