Everything You Want to Know about Tom Cullen

Here's everything you need to know about actor Tom Cullen! 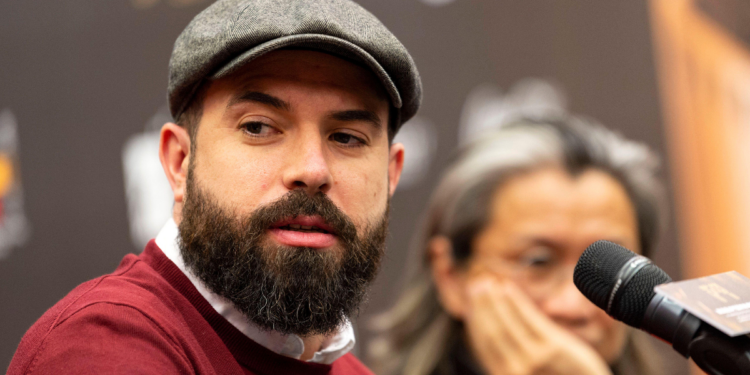 With his brooding good looks, Thomas Cullen has won several hearts as he portrayed the character of Viscount Gillingham in Downtown Abbey. But who is Tom Cullen? Where does he come from, and why has the world not witnessed his talents? Here is everything that you need to know!

Who is Tom Cullen?

Thomas Cullen was born in 1985 on 17th July in Aberystwyth, and his father is Irish while his mother is British. Before moving to Cardiff when he was 12 years of age, he was gleefully spending his time in Llandrindod Wells. Cullen’s parents were both writers, and thus his fate was somehow cut out to be involved in the field of creativity.

Thomas attended the Llanishen High School, and he completed his graduation in 2009 from the Royal Welsh College of Music and Drama. Tom Cullen gained a First Class Honours degree for acting. He had also spent a year at the famous Central School of Speech and Drama, and thus there is no surprise when we state that Thomas is very talented.

Before Tom Cullen started his career in acting, he was very interested in being a part of the music industry. When Tom Cullen was still studying at the Royal Welsh College of Music and Drama, he appeared for the movie Daddy’s Girl. This movie went on to win the BAFTA Cymru for being the Best Film. At the same time, he also appeared in Watch Me, winning the BAFTA Cymru for Best Short.

Cullen moved on to another project which is Weekend in 2011. He was a lifeguard in Nottingham in this movie. Weekend, too, went on to win many awards, including the reputable Grand Jury award at the Nashville Film Festival. Tom Cullen has also marked his stage roles with Gorgio at the Bristol Old Vic and The Stranger at the Sherman Cymru.

Tom Cullen also appeared in some of the television roles, including his acting as Jonas in the British science-fiction series Black Mirror. He was the drug trafficker called Yoram in Banged Up Abroad, and in Pen Talar, he played the character of Richard.

What Has Tom Cullen Been Doing Recently?

Tom Cullen had appeared as Anthony Foyle, Viscount Gillingham, a suitor for Mary Crawley in Downtown Abbey. Tom Cullen will be a part of the following projects:

Tom Cullen’s parents are both writers, and thus it is evident that some writer’s gene had rubbed off on Tom and he has written a short film called Naughties, and his co-writer was Alexander Vlahos. Alexander and he, in 2009, had co-created the Welsh company which they called Undeb Theatre. In 2010, the actor also wrote another play directed about a man who was returning after his tenure in prison and had called it Kingfisher, which ran under the Undeb Theatre.

Tom Cullen is a master of all sorts of creativity as he is also good at directing. It was already established that Tom had directed Kingfisher for Undeb. He made his Directorial debut in 2019 with Pink Wall, which had stars like Tatiana Maslany and Jay Duplass.

Cullen has bagged a lot of critically acclaimed recognitions and will surely be attaining more. He has taken hold of his career significantly, and we will surely get to see a lot of his directing and writing abilities in the future. To have a career with actors like Idris Elba is another feather to his acting prowess, and thus we can only expect nothing but the best from him!

Everything You Didn’t Know About Amy Acker’s Ballerina Career

Is Eric Balfour One of The Most Overlooked Actors of Our Generation?

How Does Jayma Mays Get Her Youthful Appearance?