This Mexican Operatic Singer was famous and infamous too. 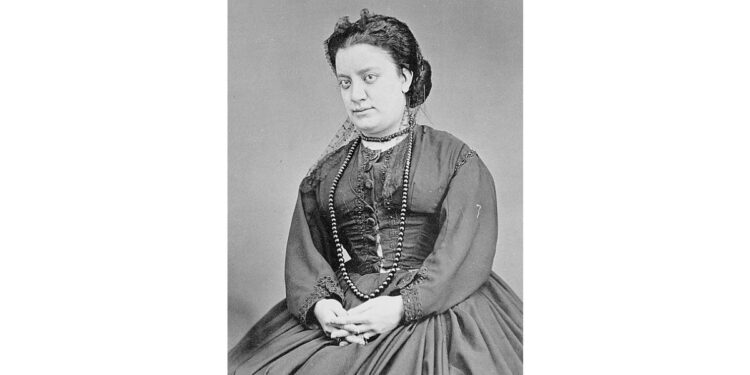 Ángela Peralta, also known as Nightingale of Mexico is a famous pianist, harpist, and composer. She is a widely popular opera singer who was mesmerizing the audience with her powerful voice. Born on the 6th of July in 1845 in Mexico, she grew up with her father who was a soldier and an educator. Ángela Peralta is blessed with a beautiful voice and she started singing from an early age. When she was a child she was trained by a music tutor. Her reputation rose when she performed the Italian opera ‘Belisario’ at 8 years old.

The musician had an extraordinary voice and unbeatable singing talent that led her to complete her education. She rose to fame and made her operatic debut as Leonora. From here, she climbed the ladder of operatic success. Her critically acclaimed performance Gran Teatro Nacional was also widely appreciated and honored. She had an active career from 1865 to 1875 and toured Europe and Mexico. Ángela Peralta accepted the invitation of the second Mexican empire and sh even performed for him. Let us, deep-dive, into Ángela Peralta’s life and go through her timeline.

See also: Everything You Want to Know about Tom Cullen

Ángela had an unhappy marriage. She married Castera her cousin in Madrid and took retirement from singing for a while. After one year of marriage, her husband developed mental illness. He was admitted to a mental hospital in Paris where he, later on, died in 1876.

During mid 1870’s Ángela had an affair with Julián Montiel y Duarte, an entreprenur and lawyer. Soon this became a scandal in Mexico. She was boycotted by social elite groups and they also continued to harass her during her performances. Her reputation was shattered after her affair. But she

her reputation by performing Linda di Chamounix and thereafter vowed not to perform again in Mexico.

During her entire career, she suffered many setbacks, and frequent on and off from Mexico frustrated her. But a woman of resilience never gave up. She continued to do tours, face harassment, and also performed opera in many concerts in Europe.

Remembering her birthday in 2020, History Today wrote “In addition to singing, she was an accomplished harpist and composed numerous romantic pieces, including gallops, dances, fantasies, and waltzes.”

At the age of 38, she succumbed to yellow fever in The city of Mazatlán. The city was preparing a grand welcome for her and she was waving on her balconies to the masses. She died in the arms of her lover Julián Montiel y Duarte and married on the day of her deathbed being unconscious. To honor her later, many theatres in Mexico were named after her but she did remain in people’s hearts for her mesmerized voice.

Top 10 Reasons Why You Keep Failing in Online Adult Dating

How to Holistically Increase your Sex Drive