Movies on Netflix That’ll Get You in the Halloween Spirit

A list of the best horror movies streaming now on Netflix. 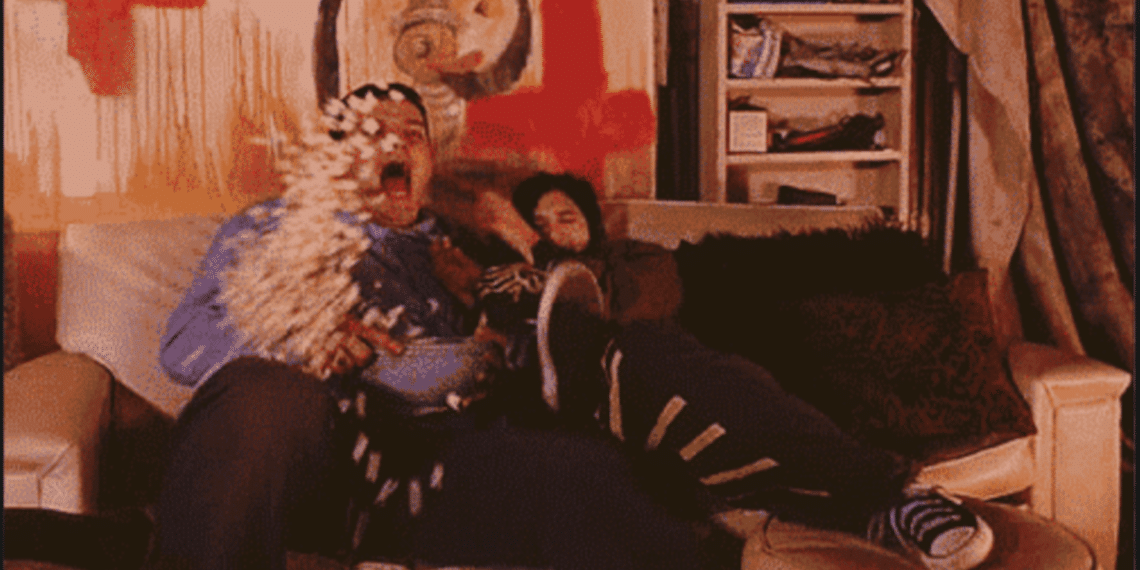 Have we mentioned it’s “spooky season” yet? This week we posted our approved costumes for Halloween and people’s dating horror stories, which could be said to be semantically similar. In other words, yes, and we’re more than ready to dress up and hear Thriller on repeat. Another thing to look forward to is indulging in horror films; alone if you’re brave or with other people if you’re not so brave.

Netflix has an endless list of them. Ranging from Indie to classic to their own latest releases. To save you from entering the “what should I watch?” void that often happens on the site, we have chosen ten for you to enjoy during the build-up or on the day itself. A tip I find helps, if you’re too scared to sleep after, is to watch a sobering, innocent cartoon, like Spongebob Squarepants. Skip the “Graveyard Shift” episode, though.

Start your horror movie binge with this classic. Kubrick’s masterpiece is the epitome of a horror, with artistic, deliberate cinematography that has survived decades as being one of the best of this genre. The snow, the blood, the twins, and the famous “Here’s Johnny” scene fit perfectly together to initiate the Halloween season.

“I just want a quiet house,” says Mrs. Green, the owner of a house that was previously an orphanage and housed the children that were apparently murdered by her son, the one that she can still hear. Jackson and Angela, who are con artists pretending that Angela is a medium, encounter an unexpected twist when they are “riding the house” of spirits. Angela begins to discover that she might not be faking it as much as she thought.

Although, if you don’t speak French, you have to read the subtitles while watching this film, it doesn’t take away any of the gruesome scenes from this modern cannibal story. The film’s protagonist, Justine, grew up in a strictly vegetarian household (which we later discover why) and is trying to adapt to her new life at university. For some strange reason, part of a freshmen initiation ritual involves eating raw meat. After that, she seeks more.

Any film with a doll that looks remotely like a person becomes a horror for me. And this film involves exactly that. An older couple hires a nanny to take care of their eight-year-old son. Upon arriving, though, Greta, the nanny, realizes that the boy is a lookalike doll of their deceased son that died 20 years before. After becoming reluctant to adhere to the couples strict rules on how to take care of the doll, Greta starts to question if the doll is as vacant as she once thought.

Boys In The Trees

This Australian Indie, set in 1997, received mix reviews mostly due to its low budget and lack of editing. An article in The Guardian reads, “tighter cuts in the editing room or during the scripting process could have made a substantial improvement.”

Nevertheless, this film has its moments of redemption; not only in the frightening clown mask seen in the trailer but in the story itself, which is one of reconnecting with old friends that may have drifted due to cliques and the pressure to “be cool”. Its attempt to be a cult classic is admirable and make the writer-director Nicholas Verso one to follow.

It came out in 2013, so it might be too early to call it a “classic” but it definitely got a lot of hype and was named the “scariest film of all time”, of course, until Hereditary came out recently. If you didn’t watch it, I’m sure you heard about it. It follows a typical horror movie plot: Family moves into a remote house (in the woods) and then strange things start happening. They then contact notable demonologists after the clocks stop at 3:07 at night and their dog is found dead. A warning, it’s pretty jumpy.

I Am The Pretty Thing That Lives In The House

Iris, a retired author suffering from dementia, is appointed a live-in nurse in her large, remote, New England home. Lilly, the nurse, is referred to as Polly by Iris, which at first seems to be explained by her dementia. However, as Lilly is reading through Iris’s books she comes across her most famous work Lady in The Walls.The more she reads, the more she is convinced that the book isn’t fictitious and instead of a re-telling of a story that Iris might have known about.

Based on Stephen King’s book of the same name, this strange yet fascinating story plays out well onscreen. What begins as an optimistic retreat in hope of rekindling a stagnant relationship turns, well, into a Stephen King tale.

Gerald and Jessie are surprise, surprise, in a remote area where “no one can hear you scream.” After Gerald takes a few Viagra and handcuffs Jessie to the bed, he starts to act out a rape fantasy that makes Jessie feel uncomfortable and asks him to stop. Then, in the midst of a heated argument, Gerald dies of a heart attack, leaving Jessie handcuffed to the bed. If that doesn’t sound bad enough already, she starts hallucinating and reliving past traumas while figuring out how to survive.

Set in 1630, a colonial family is threatened with banishment from their New England town and relocate to a remote plot of land bordering on a dense, thick and unsettling forest. Shortly after the arrival to their new home, things unravel. Their crops die, a child disappears and another is feared by her parents to be possessed and to blame for the recent mishaps.

Leaving on a less jumpy, paranormal note, this horror-comedy could almost be seen as satire. While it doesn’t look like it’s going to win any Oscars, it will make you laugh after watching some of the previous and more serious horrors. Peppered with (intentional?) cliches, such as a “hot babysitter” fantasy of a pre-teen boy, Cole; he oversees his babysitter, Bee, and her high school friends playing a game of truth and dare. Yet, it becomes clear that this isn’t a normal game after Bee stabs and kills a boy. What ensues is a parody of killings and Cole’s attempt to escape from the satanic ensemble.