From monkey obsessed dates to spitting food on them. 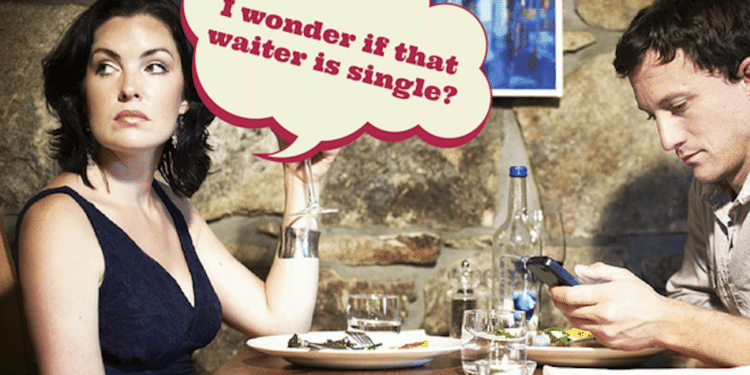 Bad dates happen to everyone.

Whether it’s a case of being catfished or stood-up, most people have a story or two about a date that they either laugh about or that they still cringe over. NYGal asked some people to share their experiences and this is what they said:

Well, it was my first few weeks of college. I was a novice when it came to asking girls out, so I asked the first girl I saw on a date which was a bit presumptuous! (Who knew that the most attractive girl in the course fancied me?). We met in a restaurant and she barely spoke. I went to the toilet and she started speaking to me over the phone which was weird because she wouldn’t speak to me in person. I came back downstairs and the silence continued! I couldn’t understand it! She could chat on the phone like she was a pornstar but in person, she was a devout Catholic! So it got to the point where I couldn’t take anymore so I threw £40 on the table and went home. I felt bad doing it in such a way, but it made me the person I am today.

A guy asked me out and on a date and didn’t really talk to me or pay attention to me. He was a bit of an arsehole really. Didn’t offer to pay or anything like that; not that I was expecting that. Didn’t want to walk me to my car said he’d call, but low and behold he never did. I would’ve rather he just say ‘this is not working’ than be a douche about it.

A guy had uploaded a fake photo of himself on a dating site and also lied about his height. When I turned up he was 5’3 and I’m 6 ft. (They are still together today)

Went on a date and over dinner, the guy said ‘if you don’t mind me asking….’ over 20 times.

See Also: Signs You’re Dating a Man-child from Someone Who Has Dated One

Went to the zoo and the guy spent the whole time obsessing over monkeys, wouldn’t leave the monkey enclosure.

I was 12 and it was my first date. I’d never seen the guy out of his school uniform and when he turned up he was wearing the most horrendous bomber jacket and mumbled his words the entire time. My mother had told me that boys were supposed to pay on dates so I didn’t have a lot of money with me. When we were walking into the cinema he bought his ticket and I assumed mine as well. But, as we walked away from the ticket booth someone who worked there tapped me on the shoulder and asked for my ticket. I then realized that he hadn’t paid and had to convince him to pay for me because I didn’t have enough money.

Was on a dinner date and spat food on my date. She just looked shocked while wiping food off her face.

I’m the kind of girl who couldn’t say no and a boyfriend asked me out but I was seeing another boy already! I was walking down the road and my boyfriend drove past me as I was on the way to the pub with the friend (who was a boy). I was sat in the pub feeling awful because I know he had seen me.

I was on a date and the girl asked if I smoked, I said ‘yes’ as I wanted to impress her, so we went outside and smoked. I sing so didn’t want to smoke, so I stood there blowing it out straight away.

This poor boy, he was so nervous, asked me out on a date. I finally said, ‘yes’ to him. But, it was really boring. He took me for a walk on the beach. I got bored and said, ‘Oh, I’ve really got to go, my friend, Adele is really, really sick.’ So, he dropped me at Adele’s house. Adele and I got changed and went out to a club and the boy the Iactuallyliked was, funnily enough, there and decided to talk to me that night. I got drunk and I think I’m Beyonce when I’m drunk and so, I started dancing heavily to Maria Maria or something like that. Grinding all up in his business and the [first] boy tapped me on the shoulder. I just turned around and said ‘I’m really sorry, but you were boring’ and carried on dancing.

How to Make Their Parents Fall in Love with You Too