The Uncanny Similarities Between Logan Marshall-Green and Tom Hardy 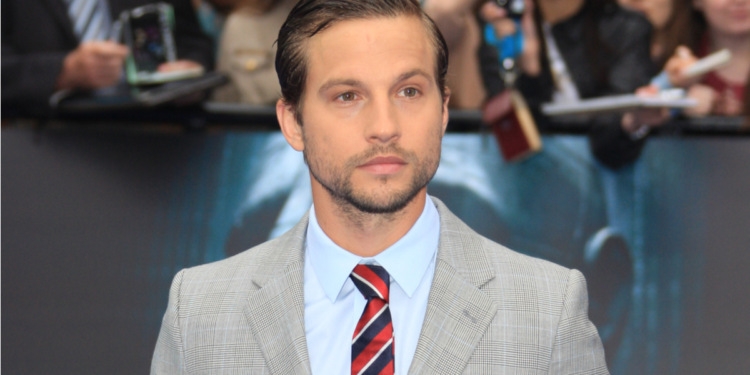 Some celebrities look so much alike that it’s easy to get mixed up. Some have the same bone structure, others have the same hair—many have both. One pair of celebs that looks pretty much like identical twins is the American actor Logan Marshall-Green and British actor Tom Hardy. Born about fourteen months apart, the duo bears uncanny similarities to each other it’s like seeing double.

Who Is Logan Marshall-Green?

Logan Marshall-Green is a prolific American actor and director. He was born on November 1, 1976, in Charleston, South California. Both of his parents are drama teachers. His mother, Lowry Marshall, raised him in Cranston, Rhode Island, where she used to teach theatre at Brown University.

Marshall-Green did his 4th grade at Edward S. Rhodes School and 5th-6th grade at Edgewood Highlands School. It is worth noting that Marshall-Green has a twin brother named Taylor (who is not an actor). Logan attended Barrington High School together with him in the early 1990s.

See Also: Does Tom Cruise Have a Relationship with Daughter Suri Cruise?

Marshall-Green’s entertainment career began at the University of Tennessee, Knoxville, where he covered the bar, music, and theater scenes for the school newspaper. He then enrolled in the National Theater Institute in Waterford, Connecticut.

Upon completing his theater studies, Marshall-Green went on to earn his Master’s degree in Fine Arts from New York University. He has appeared in several TV series including 24, The O.C, Dark Blue, Traveller, and Quarry. He has also featured in films like Devil, The Invitation, Prometheus, Upgrade, and Spider-Man: Homecoming.

Marshall-Green looks a lot like Tom Hardy, with both exuding a street-smart-but-sensitive vibe. In fact, even their own mothers might get confused. That’s weird, right? But no, Marshall-Green and Tom Hardy are two different people.

Marshall-Green has an actual twin brother that’s far from his doppelgänger, Tom Hardy. Logan doesn’t just look like Tom Hardy, but he also looks exactly like his twin brother, Taylor Marshall-Green. In an interview with Daily Mail, Marshall-Green says: “I’ve been a twin since the day I was born—and we look a lot alike”.

Who Shared the Red Carpet with Tom at Prometheus Premiere?

Things got even more confusing for pop culture fans when the duo shared the stage at the London premiere of Ridley Scott’s new film Prometheus. When Hollywood star and CBeebies favorite Tom Hardy stepped on the red carpet, many onlookers thought it was Inception star Marshall-Green. But a few moments later, Marshall-Green showed up on the scene and the after-party, making things even more complicated.

Perhaps it was Hardy hiding behind his bushy beard. Maybe it was the fashion sense. No matter the case, fans were struck by how much Marshall-Green looked like his doppelgänger. When asked, Logan said: “I’ve been mixed up with Tom Hardy my entire life”. So we might say if there was a celeb look-alike story, the two men would always appear on the list.

Is Tom Hardy in Spider-Man: Homecoming?

If you are a fan of Spider-Man: Homecoming, you might have thought you’re seeing Tom Hardy on the big screen. But that’s actually Marshall-Green and not Tom Hardy. In the new Marvel movie, Marshall-Green plays the role of Jackson Brice and he bears uncanny similarities to Hardy in the role. Because he stars in the movie with a full beard, you’ll see lots of fans getting confused.

To add to the confusion, Tom plays the role of Eddie Rock in the standalone movie, Venom. The role is also featured in the Spider-Man franchise! The energy he puts into his typical vocal shenanigans and physical comedy are on full display. You’ll swear that is Marshall-Green you’re seeing, but someone who is knowledgeable will probably shut you up.

Whose Character Is Taken Over By AI in Upgrade?

Marshall-Green and Tom Hardy have always had a lot in common—same nose, pillowy pout, and hipster’s face. But in the summer of 2018, the confusion escalated when fans couldn’t tell who between the two was starring in the sci-fi film Upgrade. To clear the confusion, Marshall-Green stars in Upgrade, a popular film in which a rogue AI takes over his paralyzed body and gives him superpowers.

Hardy, on the other hand, stars in Venom as an investigative journalist who receives superpowers from a rogue symbiote. Coincidence? Perhaps. But it is clear that Upgrade pushes Marshall-Green an inch closer to his doppelgänger, a phenomenon that confuses fans over and over again.

Without a doubt, celebrity doppelgängers aren’t a new thing in the world of Hollywood. However, the case of Logan Marshall-Green and Tom Hardy is on a whole new level. It is far beyond that of Willem Dafoe and Dennis Leary or Isla Fisher and Amy Adams. And yet, Marshall-Green does not share DNA with Hardy, having been born 14 months apart to totally different parents.

So, did the expression that blood is thicker than water change? Well, all we can say is that destiny can work wonders. For now, all that matters is for you to know that Marshall-Green and Hardy are not twins, even though it is borderline impossible to tell them apart.

What’s Tom Hanks’s Daughter Elizabeth Hanks Been Up to Lately?

What’s The Deal with Cuban Doll and Taxes? Is She Really Bankrupt?