Rock legends such as KISS have been photographed wearing his clothes. 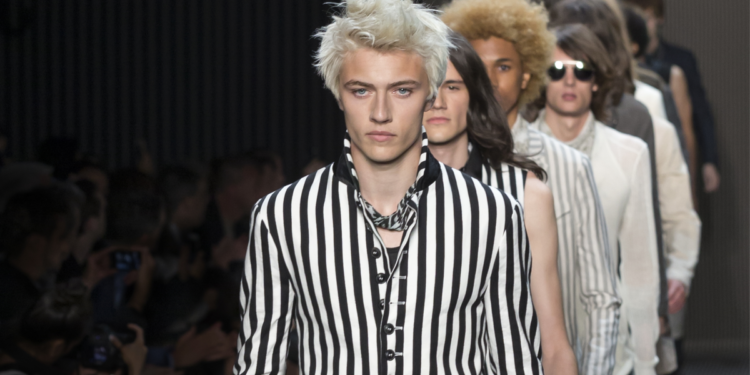 Fashion Designers everywhere draw inspiration from all kinds of places, whether it’s music or art. All designers have their very own idea of where fashion is headed and what they want to create. Also, they draw inspiration from what they feel is missing in the industry or the industry is in need of. One designer who changed fashion is fashion designer John Varvatos, who creates amazing menswear pieces.

John Varvatos designs clothes inspired by the styles of rock singers with a fun appeal so everyone can wear them. The designer seeks creativity from looking at the way his favorite singers dress for those who love that style. Within his campaigns, you will find different big names like Led Zeppelin, Nick Jonas, Kiss, Ringo Starr, and many more! But how exactly did music shape his career and lead him to be one of the biggest names in fashion?

As a kid growing up in Detroit, he was brought up with many types of music, especially Motown. For those who don’t know, Motown is huge in Detroit, and singers such as Led Zeppelin, The Faces, and The Who launched tours there too. “When you grow up in Detroit and you have the biggest show on earth – Motown – you realize how important the stage show is,” Varvatos tells Louder Sound. “It’s not just about getting up in a pair of shorts and a T-shirt and playing like some young bands do today. Wardrobe became part of the persona of the artist.”

Aside from growing up in a city of music, it was also a huge part of his life in his home life too. “I grew up in a little house, 800 square feet with seven people and one bathroom, and one way to transport myself was to put headphones on with my little portable radio and listen to music,” he says. “I liked Keith ­Richards’s scarfs, I liked Jimmy Page’s coat, and I wanted to emulate them,” Varvatos tells The National News.

Growing up listening to these kinds of sounds, leads to Varvatos admiring their styles. Just like many designers the passion and actual steps to becoming a designer didn’t come for a while.

Aside from his love for music actually going through with creating these clothes took a while. John Varvatos got his start in fashion by opening a menswear store in Michigan with some friends. The store immediately starts getting attention and even catches the eyes of big people in the industry including a team from Ralph Lauren. Ralph Lauren was so impressed that he was offered a sales job then gets promoted to Vice President of Sales and Marketing.

Even though working in that job is a dream many have, Varvatos decides to think about other careers in fashion. While working at the time he took side classes in illustration and pattern making, which helps him in his next career move. Taking the skills he learns in his classes he moves to Calvin Klein as President of Men’s Design at Calvin Klein, helping in the launch of Calvin Klein Collection For Men and CK.

Another change followed this and he returned to Ralph Lauren once more before launching his menswear line in 2000. Musicians everywhere love the brand especially right after launching which helps Varvatos decide how he wants to campaign. The best way to the campaign he feels is by using the musicians who love his clothing!

Around 2005, Varvatos knew using these singers in his campaign is going to be a huge hit! This is proven in 2006 when using Iggy, “When we shot Iggy around 2006, it really changed everything. Everybody kind of got on board and that’s when we had a line-up of people calling us wanting to be part of the campaign.” He says. Also, singers such as Ryan Adams, Velvet Revolver, Green Day, ZZ Top, Chris Cornell, Willie Nelson, Ringo Starr, and even Kiss too.

“It’s funny, but most of the others who were my icons, I have worked with in some shape or form. Like Jimmy Page, Ringo Starr, or Kings of Leon, whom I have known since they were little kids. Jack White wears our clothes.” He says proudly to The National News. A recent campaign that is famous is with Nick Jonas posing in the brand’s signature black and white style photos.

Is Anna Sui Clothing Worth The Price? A Look Into The Designer Brand

Is The Undercut Hairstyle Still Popular with Women In 2021?

Sukihana and Her “Wolf Pussy” Mixtape – What You Need to Know?